by dion roberie
in World News
Reading Time: 1 min read
A A
464
SHARES
1.8k
VIEWS
Share on FacebookShare on Twitter

KYIV — The bodies of 1,150 civilians have been recovered in Ukraine’s Kyiv region since Russia’s invasion and 50 to 70 percent of them have bullet wounds from small arms, Kyiv police said on Thursday.

Kyiv regional police chief Andriy Nebytov said in a video posted on Twitter that most of the bodies had been found in the town of Bucha, where hundreds of corpses have been discovered since Russian forces withdrew.

Russia has denied targeting civilians since the Feb. 24 invasion of Ukraine. It has called allegations that Russian forces executed civilians in Bucha while they occupied the town a “monstrous forgery” aimed at denigrating the Russian army.

Reuters has asked the Russian Defense Ministry for comment on the latest Kyiv police statement.

“To date, we have found, examined and handed over to forensic institutions 1,150 bodies of dead civilians,” Nebytov said in the video, in which he stood in the rubble of buildings destroyed during heavy fighting in the Kyiv region.

“I want to emphasize that these are civilians, not military,” he said.

The video was posted on the day that United Nations Secretary-General Antonio Guterres was due to hold talks in Kyiv with Ukrainian President Volodymyr Zelenskiy.

Ukrainian television showed Guterres visiting the town of Borodianka, where Zelenskiy has said the situation is “significantly more dreadful” than in nearby Bucha. — Reuters 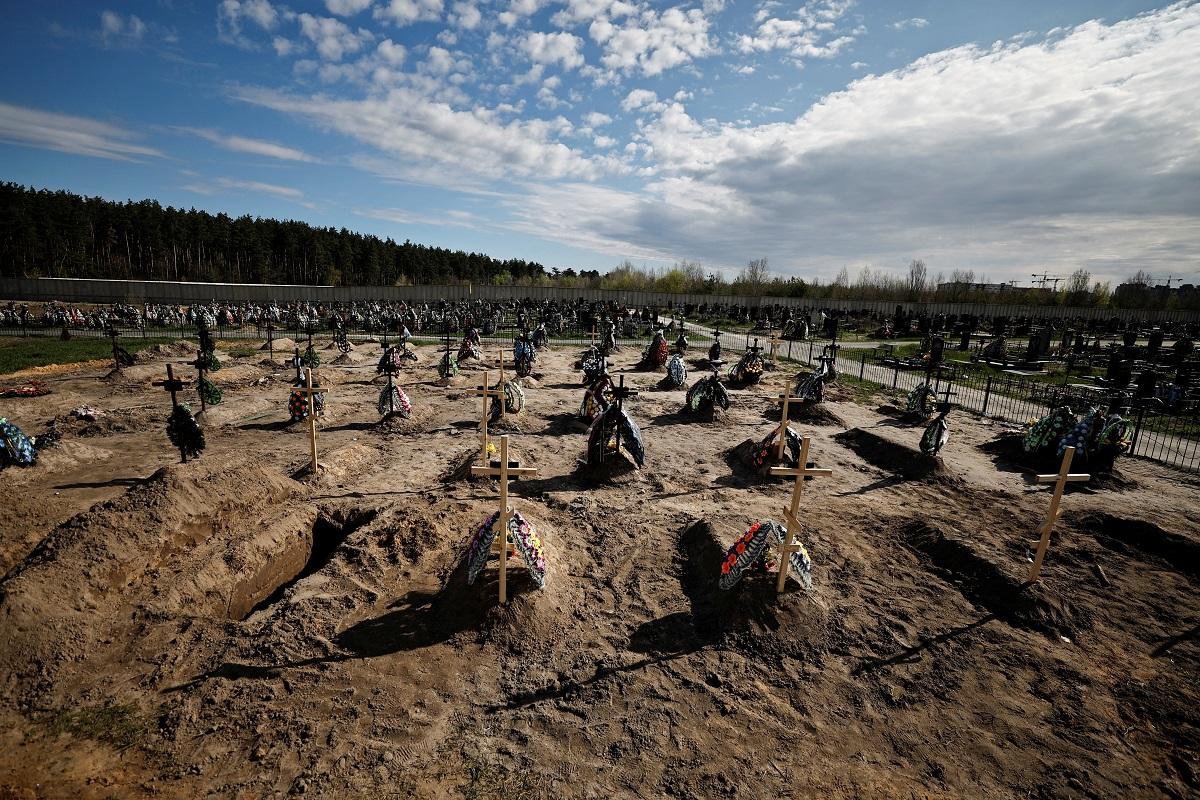