by michiel willems
in World News
Reading Time: 3 mins read
A A
464
SHARES
1.8k
VIEWS
Share on FacebookShare on Twitter

The UK Defence Secretary said this morning that people should not be “too alarmed” by the Russian president’s warning that countries intervening in the Ukraine war will be met with a “lightning-fast” response.

Ben Wallace told BBC Radio 4’s Today programme that Vladimir Putin has made similar threats before and was trying to “lay the groundwork” for an announcement to “cover his failure”.

“Putin is going to have to admit if he wants to mobilise more of the Russian people that it is a war.”

“He’s going to have to admit it by trying to blame everybody else, I think that is what he was rolling the pitch for.”

“We take him seriously but we also must not let ourselves be intimidated from defending Ukraine and protecting the people from brutality.”

Wallace reinforced Foreign Secretary Liz Truss’s view that Russian forces must be pushed out of “the whole of Ukraine”, saying Britain would support Ukrainians in “both diplomatic efforts or military efforts”.

Asked if the UK would help Ukraine win back its territory, the Defence Secretary told BBC Radio 4’s Today programme: “We’re prepared to help Ukraine stand by its sovereignty and defend itself however long that may take.

“There is no difference in the position of the United Kingdom since 2014, which is when Ukraine as a sovereign nation was invaded both in Crimea… and Donetsk.

“We were doing it supporting the diplomatic efforts through the Minsk agreement right up until Putin decided to use military force to invade.

“How we would then resort to that overall aim, if Russia decides to try and consolidate or pull back, that is obviously a matter for the Ukrainians and we would support them in both diplomatic efforts or in military efforts if they chose to do so.”

Wallace stressed that the supply of weapons to help Ukraine defend itself against the Russian invasion is not a Nato effort and said Britain stands ready to send more.

“These countries including Britain – there are nearly 40 of them now helping Ukraine – are doing so through bilateral arrangements because they want to stand up for the … values that we think are most important.

“But if Putin continues to inflict what clearly are war crimes and indiscriminate bombing and the Ukrainians need further defence, we will consider that and supply it or help supply it.”

Ben Wallace clarified that the long-range Brimstone missiles the UK is sending to Ukraine “will be used over the ground”, but added that Britain is examining an anti-ship missile solution.

The Defence Secretary told Sky News: “We have said we will source and supply, if we can, anti-ship missiles.

“It’s incredibly important that the grain that affects us all, the food prices, does get to get out of Ukraine, that the Russians can’t control the Black Sea”.

He said Russian ships must not be allowed to be “used to bombard cities”. 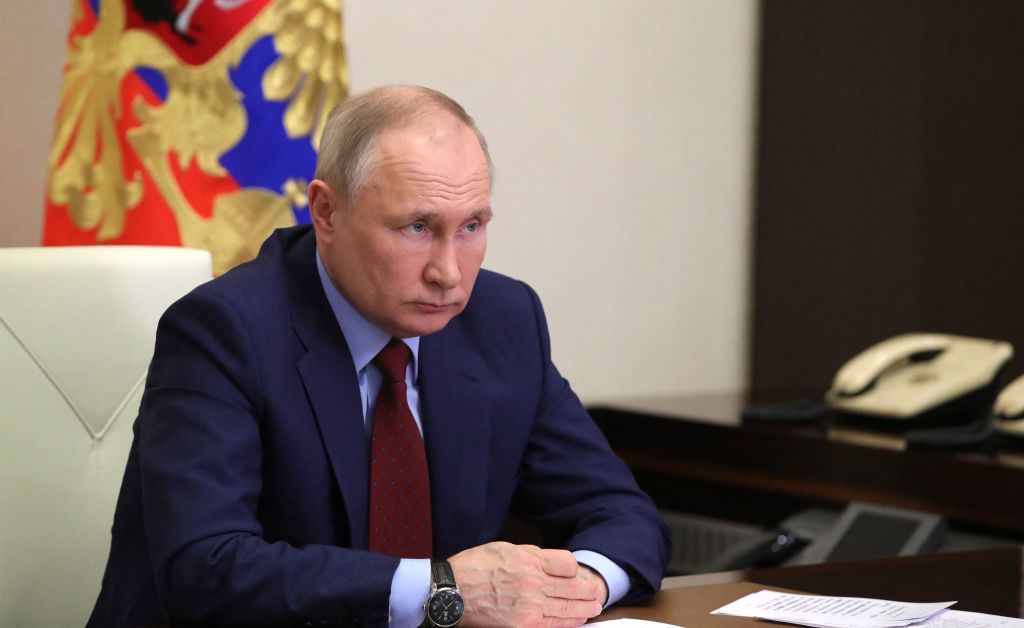 Fury in Brussels: Germany caves in to Russia’s rouble demands

Fury in Brussels: Germany caves in to Russia’s rouble demands