Light From 36 Thousand Billion Billion Miles Away? Yep, a Megamaser

by valerie stimac
in Africa News
Reading Time: 3 mins read
A A
464
SHARES
1.8k
VIEWS
Share on FacebookShare on Twitter

If there’s one thing we know for sure about our universe, it’s that we actually know relatively little about it. Every year, astronomers discover new objects and phenomena; sometimes these are quite close to Earth, such as a surprising asteroid that goes whizzing by, and other times they are as distant as anything we’ve ever observed in our few centuries of peering starward.

In April 2022, astronomers made headlines for detecting a phenomenon that occurred roughly 5 billion years ago and traveled some 36 thousand billion billion miles (58 thousand billion billion kilometers) to reach the telescopes that measured it, according to a statement by the International Centre for Radio Astronomy Research (ICRAR), based in Perth, Australia.

The record-breaking object observed by the MeerKAT telescope in South Africa was named “Nkalakatha” (pronounced ng-kuh-la-kuh-tah) — an isiZulu word meaning “big boss.” Best of all, the official name for these phenomena is really cool as well: megamaser.

No, it’s not a super villain; though it certainly sounds like one. Instead, megamasers are a fascinating fact of life in the universe.

Maser? I Hardly Know Her!Before we get into megamasers, it helps to understand what a “regular” maser is. Strictly speaking, a maser is a device that produces electromagnetic waves, much like a laser; the “m” in maser stands for microwave, as the first masers produced electromagnetic waves in the microwave region of the light spectrum. The first maser was built in 1953, and several scientists were awarded the 1964 Nobel Prize in physics for the groundwork that made that first maser possible.

Since then, scientists have been able to build masers outside the microwave region of the spectrum, including in the radio and infrared parts of the spectrum. This has made masers useful as microwave amplifiers in radio telescopes and deep space spacecraft communication ground stations.

However, when we speak about masers and space, there’s another way to define the term. An astrophysical maser is a naturally occurring emission. In short, it’s a burst of “light,” though not visible light, as masers are usually in the microwave part of the electromagnetic spectrum.

Herald of Galactic CollisionsWhile you may never have heard of a megamaser, astronomers have been measuring them since the late 1970s. The first extragalactic maser (measured from outside the Milky Way) was observed in 1977. By the mid-1990s, several megamasers had been discovered, so named because of how luminous they were to observers using the right tools to spot them.

Scientists continue to research megamasers, as it is believed they occur when galaxies collide — events that have become less common in the history of our universe over the billions of years of its existence. “When two galaxies like the Milky Way and the Andromeda Galaxy collide, beams of light shoot out from the collision and can be seen at cosmological distances. [M]egamasers act like bright lights that say: Here is a collision of galaxies that is making new stars and feeding massive black holes,” explains Jeremy Darling, a megamaser expert and professor of astrophysical and planetary sciences at the University of Colorado.

These astrophysical phenomena are unique, and astronomers continue to peer further into our universal history to find them. The oldest megamaser ever measured, estimated to have been emitted some 5-6 billion years ago, is the one observed in 2022 from the radio telescope in South Africa. While the physics behind them can be a bit challenging to wrap your head around, it’s safe to say that astronomers will continue to discover these heralds of galactic collisions as our astronomical tools get better at peering further into the universe. 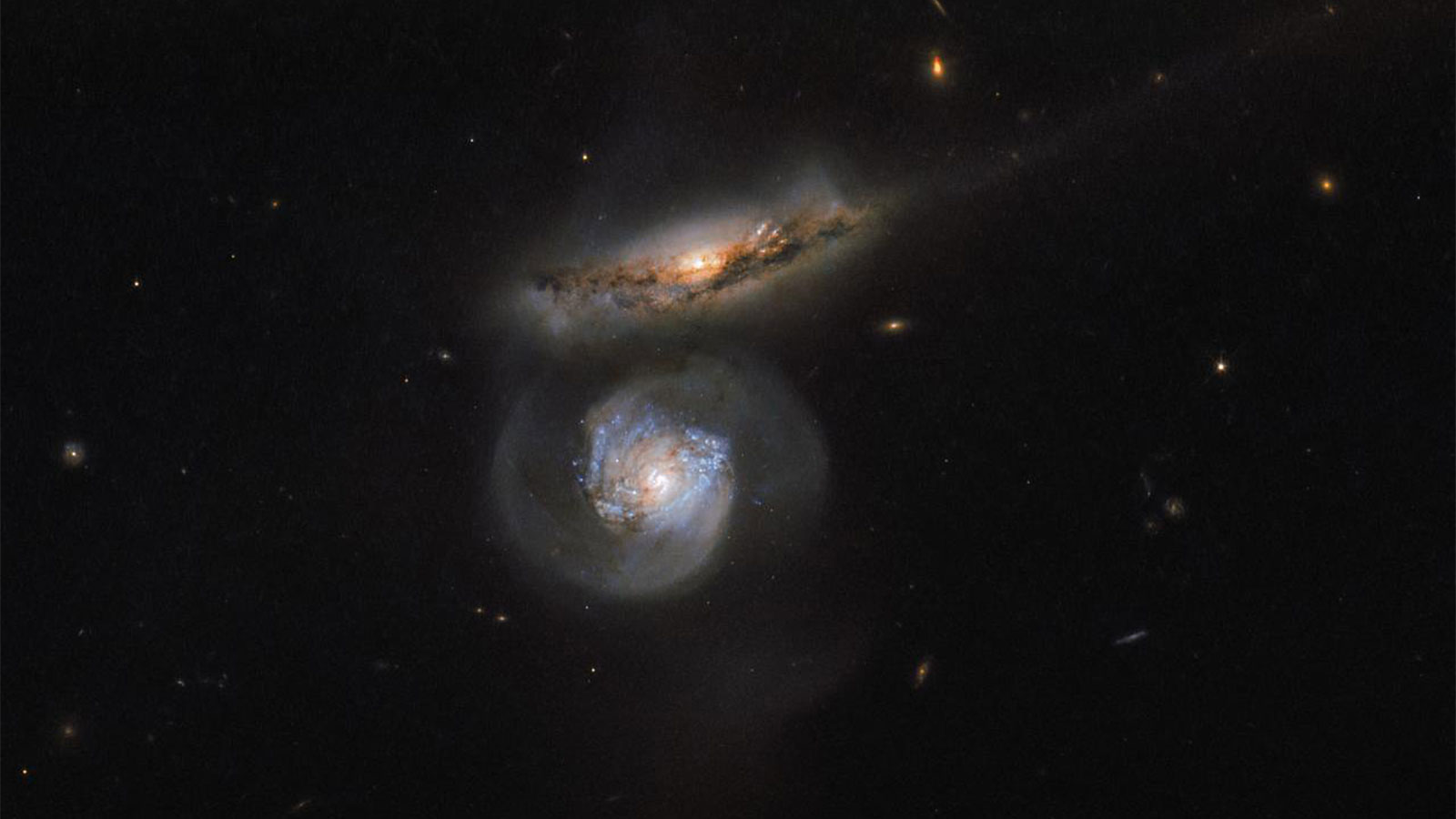