by jacob knutson
in World News
Reading Time: 2 mins read
A A
464
SHARES
1.8k
VIEWS
Share on FacebookShare on Twitter

President Biden announced Thursday that his administration sent Congress a supplemental request for an additional $33 billion for humanitarian and military aid to Ukraine to help the country thwart Russia’s unprovoked invasion.

Why it matters: The proposal would be a major increase in U.S. funding for Ukraine if passed by Congress, coming on top of the $13.6 billion in assistance that the U.S. allocated the country last month.

The U.S. has also given Ukraine at least $3.4 billion in military aid since the start of the invasion, and additional defense packages are expected as Russia’s ongoing offensive in the country’s Donbass region escalates.What they’re saying: “We need this bill to support Ukraine in its fight for freedom,” President Biden said Thursday.

“Our NATO allies, our EU partners, they’re going to pay their fair share of the costs as well, but we have to do this. We have to do our part as well,” he added.”The cost of this fight is not cheap, but caving to aggression is going to be more costly if we don’t allow it to happen. We either back the Ukrainian people as they defend their country, or we stand by as the Russians continue their atrocities and aggression in Ukraine.”Biden said the assistance will in part provide Ukraine with more artillery, armored vehicles, anti-armor and anti-air weapons and humanitarian aid, like food, water and medicine.It will also support the country’s social services and help address food shortages around the globe, as Ukraine was one of the largest agricultural producers before the war.The big picture: The Biden administration unveiled a legislative package on Thursday that would, if also passed, allow it to liquidate assets seized from Russian oligarchs, supporting the Kremlin’s invasion and use the proceeds to support Ukraine.

European nations have also given Ukraine millions of dollars in military and humanitarian aid to assist it throughout the invasion. Many are also considering liquidated Russian assets for Ukrainian aid.Defense Secretary Lloyd Austin and Mark Milley, chairman of the Joint Chiefs of Staff, held a meeting with defense officials from more than 30 countries earlier this week in Germany, during which they pledged to coordinate more military aid for Ukraine.As of Thursday, the Office of the UN High Commissioner for Human Rights (OHCHR) has estimated 6,009 civilian casualties — 2,829 killed and 3,180 injured —in Ukraine since the start of the war, though it stressed that the actual figures are likely “considerably higher.”

Satellite images captured since the start of the invasion show that at least three mass grave sites have been dug near Mariupol, a port city that Russia has bombarded and besieged for weeks.A mass grave containing killed civilians and evidence of other atrocities were discovered in Bucha, Ukraine, after Russian troops withdrew from the Kiev region, and Ukrainian officials said that similar atrocities have been found in other cities.Go deeper: Live updates on the Russian invasion of Ukraine

Editor’s note: This story has been updated throughout. 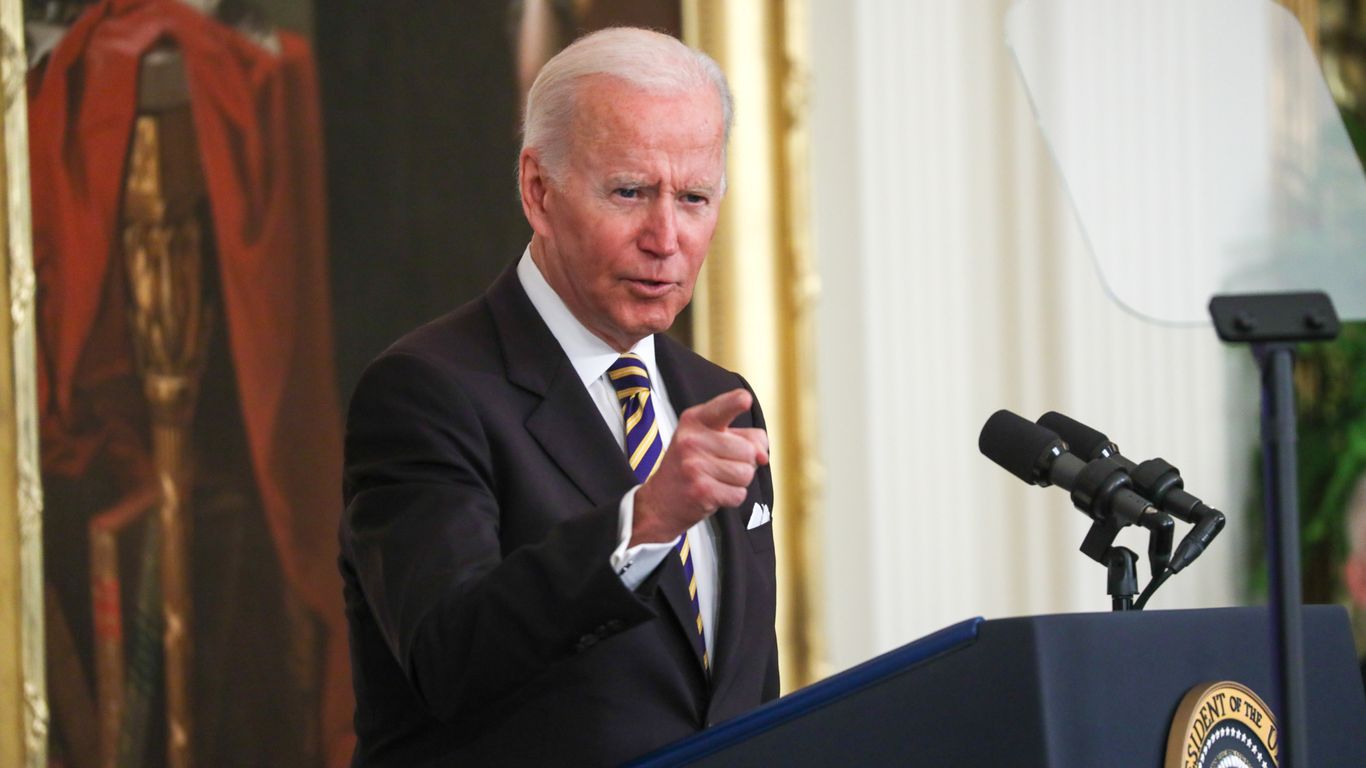