by elly blake
in World News
Reading Time: 2 mins read
A A
464
SHARES
1.8k
VIEWS
Share on FacebookShare on Twitter

ore than eight million Ukrainians are expected to flee the war-torn country this year, according to the United Nations’ refugee agency (UNHCR).

This is more than double the UN agency’s previous estimate and would constitute Europe’s worst refugee crisis since the Second World War.

The UNHCR has predicted around 8.3 million people will flee Ukraine this year, spokesperson Shabia Mantoo said on Tuesday.

“This displacement has been on such an expansive scale, and the rapidity of this we haven’t seen in recent times,” Mantoo told reporters in Geneva.

This is up from the UNHCR’s original estimate of four million.

/ AFP via Getty ImagesAround 7.7 million people have been displaced inside Ukraine in the two months since Russian troops invaded.

With Ukrainian men over the age between 18 and 60 being called up for military service, women and children make up the vast majority of those fleeing the country, Mantoo said, comprising around 90 per cent of people.

The country with the largest intake of refugees is neighbouring Poland which has seen more than 2.9 million people pass through its border since the invasion began, according to latest figures.

The UNHCR said it expects 4.3 million Ukrainians to have fled to Poland by December 2022.

Hundreds of thousands of people have also gone to Romania, Hungary, Moldova, Slovakia and moved onto other countries within the European Union.

The agency predicted 1.25 million people will flee to Romania by the end of the year while Moldova and Hungary will each see one million refugees pass through its borders.

People coming from Ukraine on a ferry boat to enter Romania

/ AFP via Getty ImagesSlovakia will welcome 750,000 refugees by the end of 2021 and other countries in Europe will see a further 800,000 Ukrainians enter.

“The human impact and the suffering already caused by this war are staggering,” Mantoo said.

She added “families have been torn apart, houses and infrastructure have been destroyed” and millions will feel the lasting impact and “trauma” of war.

The mounting humanitarian crisis and mass displacement will continue so long as the war continues, Mantoo warned, as she called for for $1.8bn (£1.47bn) in financial support to enable the UNHCR to support refugees and affected countries. 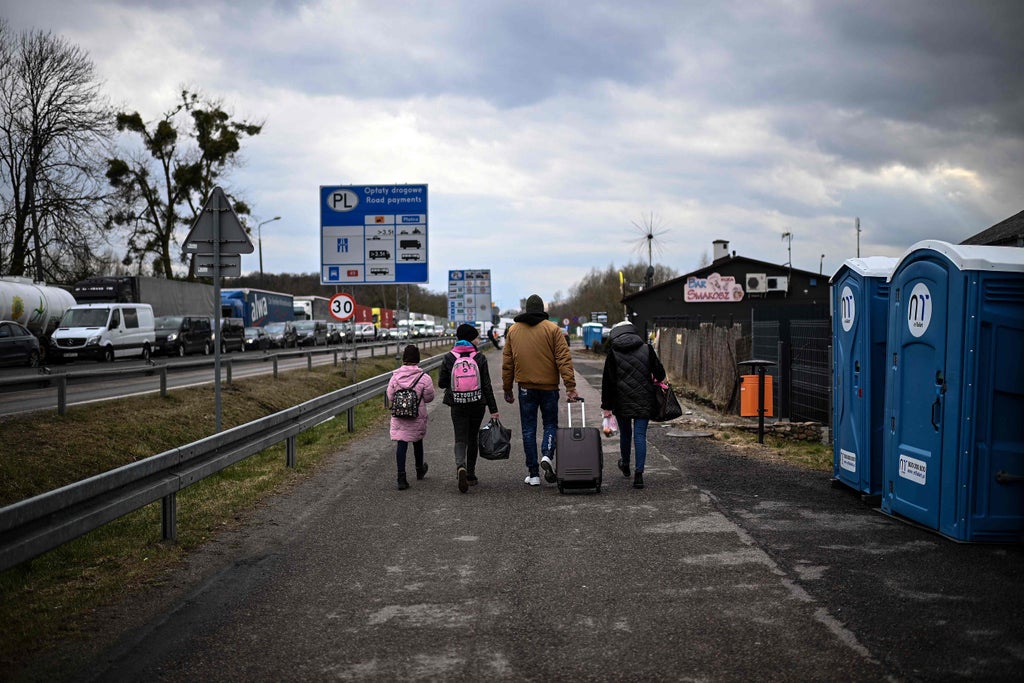 Another 52,000 Ukrainians flee war as refugees

Another 52,000 Ukrainians flee war as refugees