by bong pekar
in World News
Reading Time: 4 mins read
A A
464
SHARES
1.8k
VIEWS
Share on FacebookShare on Twitter

Discussions between Senate and House members on one of the most significant pieces of legislation on technology, research and development in recent years gets underway this week, with some conferees aiming to get the bill to President Joe Biden’s desk by Memorial Day.

More than 100 lawmakers from both chambers are likely to get the go-ahead to formally begin negotiations to produce compromise legislation that would bridge the gap between versions of the bill passed by the Senate and the House.

The key elements of both bills include funding advanced research in several high-tech areas through the National Science Foundation, providing subsidies to semiconductor manufacturers to restart domestic production of chips and funding research labs operated by the Energy Department.

Although the Senate bill passed with bipartisan support in 2021, the House passed its version in February mostly with Democratic votes after merging several other bills related to climate change, immigration, human rights and trade policy.

In his first State of the Union address in early March, Biden urged Congress to act on the bills, saying that it would not only help the United States better compete against China but also restore manufacturing jobs in key battleground states such as Ohio.

While it has taken more than two months to get going on the conference negotiations, the time has not been wasted, Rep. Eddie Bernice Johnson, D-Texas, chairwoman of the House Science, Space and Technology Committee, said in an email.

“Committee staff, on a bipartisan, bicameral basis, have engaged in several good policy discussions with each other and with NSF over the last several weeks in preparation for negotiations,” Johnson said.

“Following these discussions, I am more convinced than ever that we can bring together the best elements of both bills to help NSF advance solutions for both industry and society,” Johnson said.

One of the key differences between the two versions of the bills pertains to the direction the NSF should take in the coming years, in light of China’s commitment of as much as $150 billion to make advances in 10 critical technology areas in the next decade.

While both bills would create a new technology directorate at the NSF to take advances in basic science and turn them into commercial applications, the House bill leans more heavily to supporting research into basic science, calling it a “do no harm” approach, hewing closely to the agency’s core, founding mission.

The Senate bill backs a more robust Directorate of Technology and Innovation that would get about $29 billion during the next five years out of the $81 billion the bill would authorize for the NSF.

“I have always said that the NSF fundamental research mission must be protected, because without that fundamental research base – which by the way China is working hard to emulate – our capacity to innovate and lead in science and technology quickly erodes,” Johnson said.

Bipartisan Senate supportBackers of the Senate’s approach say the version is better and should prevail because it gained broad bipartisan support in the chamber.

“The Senate version is vastly superior, and if one’s goal is to help us compete globally in technologies, the Senate version is better because it gives more money to the new applied directorate, and also charges them much more with working on these 10 core technologies and working with industry,” said Rob Atkinson, president of the Information Technology and Innovation Foundation.

Atkinson and ITIF were closely involved in helping draft the Senate bill sponsored by Schumer and backed by Sen. Todd Young, R-Ind.

At a recent event hosted by ITIF, Young said the Senate’s version has broader backing than the House bill.

Republican senators and other stakeholders behind the Senate measure understand that “the weight of investment is heavier towards applied research in some of the discrete areas where we know we need to make considerable advancements,” including fields such as artificial intelligence, quantum computing and others, Young said.

Young said China already has surpassed the U.S. in funding for research and development, and the Senate’s approach in emphasizing commercial applications also would help attract collaboration with U.S. allies around the world, making it a “force multiplier.”

The two versions of the bills also are far apart on trade-related issues and supply chain security.

One area where the two bills converge is on the $52 billion in subsidies for makers of semiconductors to jump-start domestic manufacturing of chips that have become vital components in products, including washing machines and cars. U.S. manufacturing capacity for semiconductors has shrunk in the past few decades.

“The House and Senate are very close on the CHIPS Act provisions so I do anticipate those negotiations moving quickly and smoothly,” Johnson said, referring to the portion of legislation that funds semiconductor subsidies.

Getting a compromise bill that clears the way for semiconductor manufacturing subsidies to flow would be a “big deal with the economic revival” of key states like Ohio, Michigan and Pennsylvania, said Rep. Ro Khanna, D-Calif., a member of the conference panel.

Khanna said he hoped the compromise bill would get to Biden’s desk by Memorial Day, May 30.

Khanna was one of the original co-sponsors of legislation to provide subsidies to chip manufacturers, along with Rep. Mike Gallagher, R-Wis.

Khanna said he would favor fully funding regional technology hubs to be managed by the Commerce Department that would jump-start new centers of innovation around the country.

Khanna said he would favor a $10 billion funding for the hubs and “rather do fewer of them but make sure they’re fully funded.”

Khanna said he favored the Senate’s approach of having the NSF focus on commercial applications because research dollars should create not only innovation but also “companies that create prosperity,” adding that “it can’t just be about theoretical science.”

The ultimate goal of the legislation has to be to get “America producing again, and all Americans being involved in that in every rural area and every small and midsize town to begin an economic revival,” Khanna said. 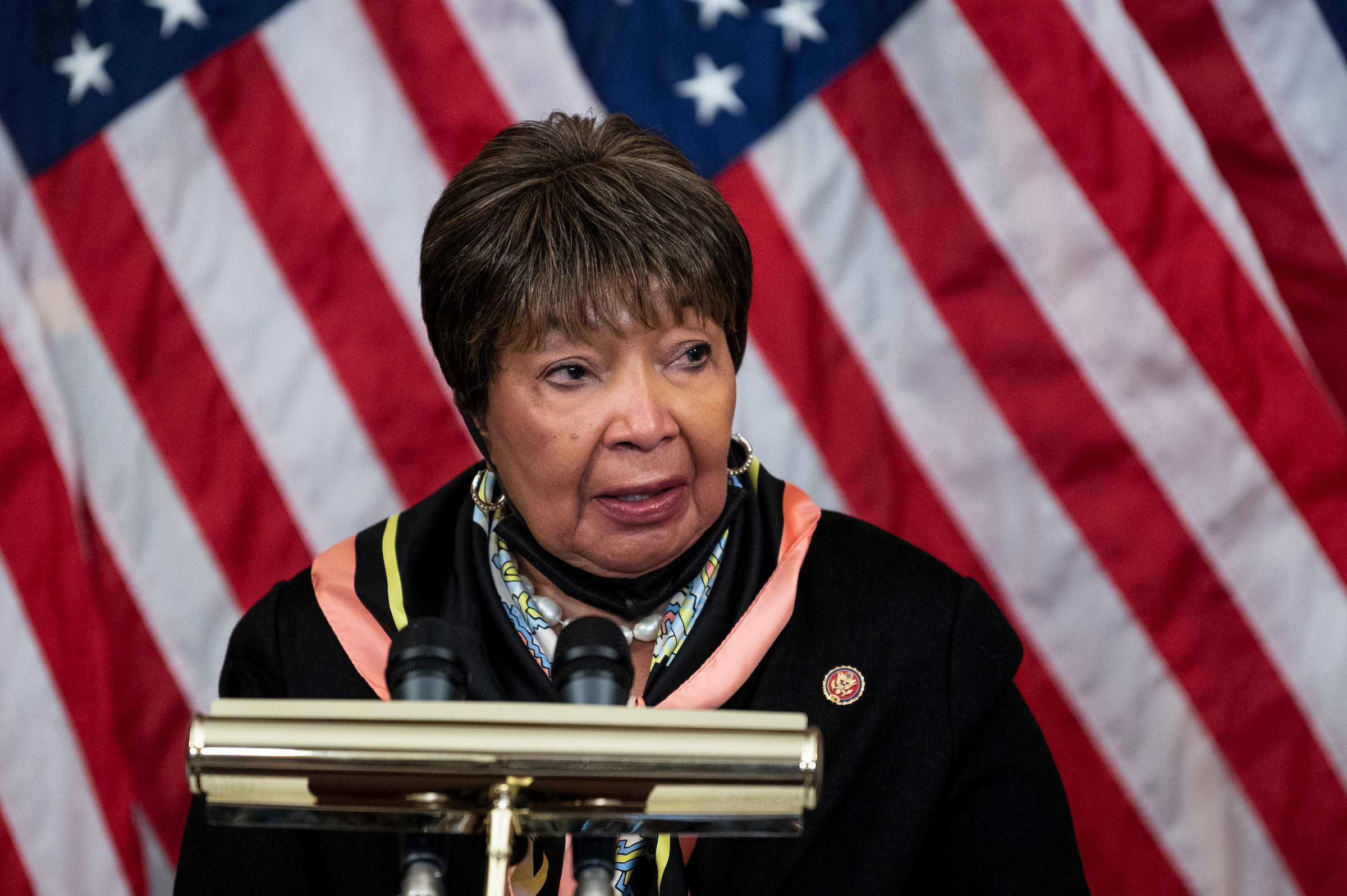 Biden says he will grant millions to jobs, housing for formerly incarcerated people