by david keyton
in World News
Reading Time: 5 mins read
A A
464
SHARES
1.8k
VIEWS
Share on FacebookShare on Twitter

A boy stands next to a wrecked vehicle in front of an apartment building damaged during the war with Russia in the southern port city of Mariupol, Ukraine, April 24, 2022.ALEXANDER ERMOCHENKO/Reuters

The United States announced new military assistance for Ukraine and a renewed diplomatic push in the war-ravaged nation as President Joe Biden’s secretary of state and Pentagon chief completed a secrecy-shrouded trip to Kyiv.

In the highest-level American visit to the capital since Russia invaded in late February, top envoy Antony Blinken and Defense Secretary Lloyd Austin told Ukraine’s president, Volodomyr Zelensky, and his advisers that the U.S. would provide more than $300-million in foreign military financing and had approved a $165-million sale of ammunition.

They also said Biden would soon announce his nominee to be ambassador to Ukraine and that American diplomats who left Ukraine before the war would start returning to the country this coming week. The U.S. Embassy in Kyiv will remain closed for the moment.

Zelensky had announced Saturday that he would meet with the U.S. officials in Kyiv on Sunday, but the Biden administration refused to confirm that and declined to discuss details of a possible visit even though planning had been underway for more than a week.

Journalists who traveled with Austin and Blinken to Poland were barred from reporting on the trip until it was over, were not allowed to accompany them on their overland journey into Ukraine, and were prohibited from specifying where in southeast Poland they waited for the Cabinet members to return. Officials at the State Department and the Pentagon cited security concerns.

Austin and Blinken announced a total of $713-million in foreign military financing for Ukraine and 15 allied and partner countries; some $322-million is earmarked for Kyiv. The remainder will be split among NATO members and other nations that have provided Ukraine with critical military supplies since the war with Russia began, officials said.

A priest blesses people who fled the war in Ukraine during the Easter Sunday procession outside the Orthodox church of the Assumption in Krakow, Poland.Omar Marques/Getty Images

A woman prays during Easter church service at St. Michael’s Golden-Domed Cathedral in Kyiv on Sunday, two months since the start of Russia’s invasion.Alexey Furman/Getty Images

People who fled the war in Ukraine wait for a priest to bless their food baskets outside the Orthodox church of the Assumption in Krakow, Poland, on Easter Sunday.Omar Marques/Getty Images

Local residents attend an Orthodox Easter service next to The Nativity of the Holy Virgin Church damaged by shelling during Russia’s invasion in the village of Peremoha, Ukraine, on Sunday.STRINGER/Reuters

A Ukrainian serviceman uses his helmet as a food basket during an Easter Sunday ceremony outside the Volodymysky Cathedral, in Kyiv, Ukraine.GLEB GARANICH/Reuters

People attend a service at the Volodymysky Cathedral during Easter celebration in Kyiv, Ukraine, on Sunday.Efrem Lukatsky/The Associated Press

A group of Ukrainian refugees enjoy a traditional Easter breakfast at a shelter in a mathematics school in Lviv, Ukraine, on Sunday.Leon Neal/Getty Images Europe

A Ukrainian woman attends the Easter Service at the Church of Fener Orthodox Patriarchate in Istanbul, Turkey, on Sunday.BURAK KARA/Getty Images

People take part in an Easter Sunday service at a church in Zaporizhzhia, Ukraine, amid the war in Ukraine.Chris McGrath/Getty Images

A priest blesses people who fled the war in Ukraine during an Easter Sunday procession in Krakow, Poland. The local Orthodox Church is now struggling to host as many devotees as it can.Omar Marques/Getty Images

People who fled the war in Ukraine watch the Easter Sunday mass from a screen at the Orthodox church of the Assumption in Krakow, Poland.Omar Marques/Getty Images

Worshippers light candles at the Saint Volodymyr’s Cathedral during Orthodox Eastern celebrations in Kyiv, Ukraine, on Sunday. Ukrainians marked Orthodox Easter with prayers for those fighting on the front lines of the war.Francisco Seco/The Associated Press

Women sing at an Orthodox Easter ceremony at the Church of St. Andrew in Bucha, Ukraine, on Sunday. The church was the site of mass graves of people killed during the Russian occupation of the town.John Moore/Getty Images

An Orthodox priest sprinkles holy water on attendees during an Orthodox Easter service outside the Volodymysky Cathedral in Kyiv on Sunday.GLEB GARANICH/Reuters

Yulia Kolius, 44, and her husband Yevgen Kolius hold candles as they wait for a priest to bless traditional Easter food baskets in the yard of St. Andrew’s church in Bucha, Ukraine, on Sunday.ZOHRA BENSEMRA/Reuters

Such financing is different from previous U.S. military assistance for Ukraine. It is not a donation of drawn-down U.S. Defense Department stockpiles, but rather cash that countries can use to purchase supplies that they might need.

The new money, along with the sale of $165-million in non-U.S. made ammunition that is compatible with Soviet-era weapons the Ukrainians use, brings the total amount of American military assistance to Ukraine to $3.7-billion since the invasion, officials said.

Zelensky had urged the Americans not to come empty-handed. U.S. officials said they believed the new assistance would satisfy at least some of the Ukrainians’ urgent pleas for more help. New artillery, including howitzers, continues to be delivered at a rapid pace to Ukraine’s military, which is being trained on its use in neighboring countries, the officials said.

On the diplomatic front, Blinken told Zelensky that Biden will announce his nomination of veteran diplomat Bridget Brink to be the next U.S. ambassador to Ukraine. A career foreign service officer, Brink has served since 2019 as ambassador to Slovakia. She previously held assignments in Serbia, Cyprus, Georgia and Uzbekistan as well as with the White House National Security Council. The post requirements confirmation by the U.S. Senate.

Blinken also told Ukraine’s foreign minister that the small staff from the now-shuttered U.S. Embassy in Kyiv, which has relocated to Poland from temporary offices in the western Ukrainian city of Lviv, would begin making day trips to Lviv in the coming days. Officials said the U.S. had accelerated its review of security conditions in the capital and that the State Department will reopen the embassy there as soon as the situation allows.

Biden has accused Russian President Vladimir Putin of genocide for the destruction and death wrought on Ukraine. Just on Thursday, Biden said he would provide a new package of $800-million in military aid to Ukraine that included heavy artillery and drones.

Congress approved $6.5-billion for military assistance last month as part of $13.6-billion in spending for Ukraine and allies in response to the Russian invasion.

From Poland, Blinken plans to return to Washington while Austin will head to Ramstein, Germany, for a meeting Tuesday of NATO defense ministers and other donor countries.

That discussion will look at battlefield updates from the ground, additional security assistance for Ukraine and longer-term defense needs in Europe, including how to step up military production to fill gaps caused by the war in Ukraine, officials said. More than 20 nations are expected to send representatives to the meeting.

This content appears as provided to The Globe by the originating wire service. It has not been edited by Globe staff. 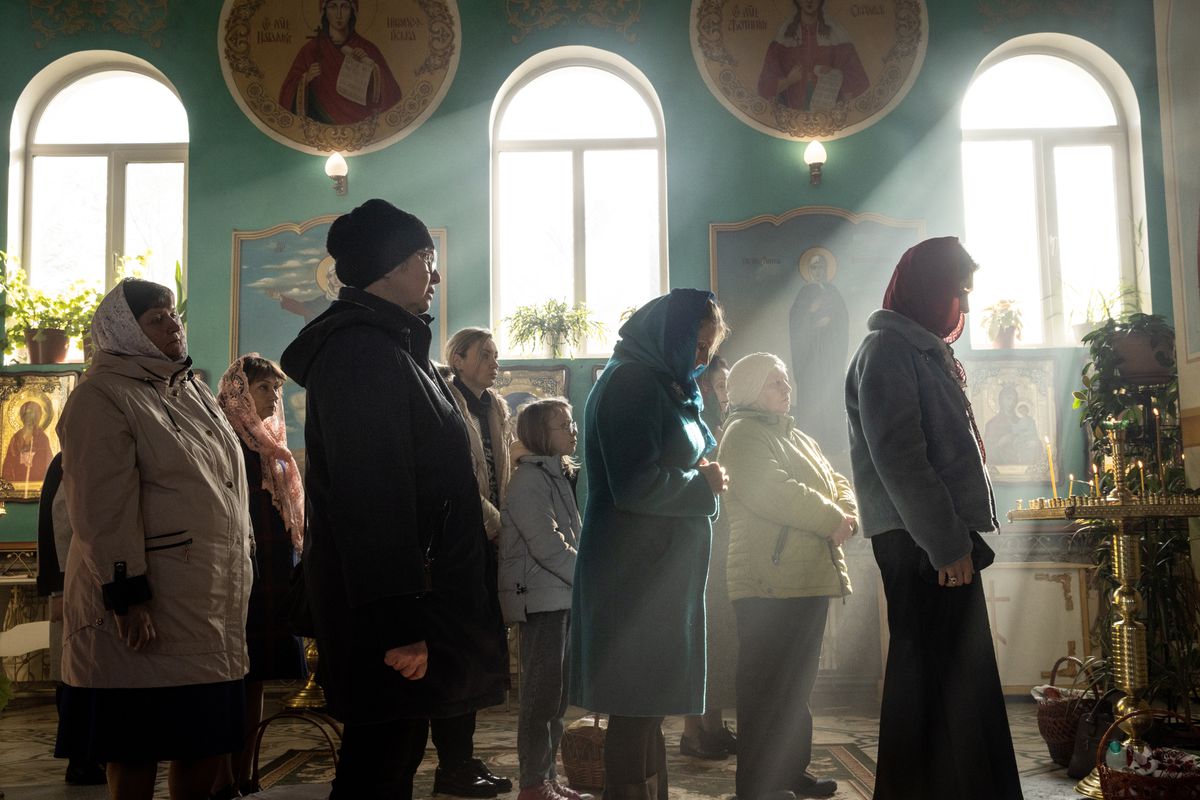 Beijing Braces for Omicron Wave With Hoarding and Testing

Beijing Braces for Omicron Wave With Hoarding and Testing