by alex shephard
in World News
Reading Time: 4 mins read
A A
464
SHARES
1.8k
VIEWS
Share on FacebookShare on Twitter

When the current Congress comes to an end early next year, so will the committee that has been investigating the January 6 assault on the U.S. Capitol. Should the Democrats hold onto their narrow majority in the House of Representatives—a feat that, six months from the midterm elections, seems as if it will require a miraculous intervention to pull off—they may continue to investigate Donald Trump’s attempted subversion of American democracy, but the January 6 Commission will likely formally conclude its investigation well before voters head to the polls. Should Republicans retake the House as expected, however, the commission may yet live on—but as some undead January 6 tribunal from the Upside-Down, geared toward blaming Nancy Pelosi and Democrats for the riot.

“While the panel’s demise at the end of the year has often seemed a foregone conclusion, Trump’s biggest backers in the House have begun floating another idea: refashioning it into a weapon to pursue baseless claims about government involvement in the riot,” Politico reported earlier this year. “I don’t think we can disband the January 6 committee,” said Matt Gaetz, who is currently the subject of a federal sex trafficking investigation, on his podcast in January. “I think we have to take over the January 6 committee.”

It’s an idea so diabolical it could only come from the MAGA fever swamps: Weaponize a bipartisan committee investigating an attempted insurrection against the intended victims of that insurrection. It’s also torn from the front pages of the Trump playbook. When the former president was accused of spreading misinformation, he quickly labeled the mainstream media “the fake news”; he has, more recently, referred to the legitimate election of Joe Biden as “the real insurrection.” Now his backers are seeking to further that claim and argue that security failings on January 6 were the fault of Nancy Pelosi (for reasons, both political and logical, they can never fully articulate).

This is what Republican rule will inevitably resemble, and it will hardly end with a bizarro version of the January 6 Commission. If the GOP retakes the House of Representatives, the two years of legislative gridlock that follows will be the quaint part. Republicans are certain to use their investigative powers to launch myriad mind-bending inquiries, bogging down American politics until the 2024 election with whatever the right’s outrage du jour happens to be. Expect hearings about critical race theory and gender; about Anthony Fauci and the origins of Covid-19; about testicle tanning and whatever else Tucker Carlson is droning on about in the early months of 2023. They may also do their own version of calling for the invocation of the Twenty-Fifth Amendment, which allows Cabinet officials to remove a president deemed unfit for office, by insisting on cognitive tests or other investigations into the president’s mental well-being.

It’s possible, perhaps even likely, that in the two years, Republicans will strive to impeach President Joe Biden more times than Democrats did Trump, who was impeached (for quite legitimate reasons) twice during his presidency. In all likelihood this will kick off with a fun house–mirror version of the first Trump impeachment, with lengthy investigations into Joe Biden’s son Hunter’s business dealings in Ukraine. But it will hardly end there. In fact, odds are good that the desire to impeach Biden will become the Republican Party’s next big test of purity, with those unwilling to fully participate in the Grand Guignol marked as RINO outcasts.

No one can say they weren’t properly informed. “The Democrats weaponized impeachment,” Ted Cruz said on his podcast earlier this year. “They used it for partisan purposes to go after Trump because they disagreed with him. … What’s good for the goose is good for the gander.” This reveals the underlying cynicism of these pending efforts. Republicans are warning in advance that this is all really just political payback for Trump’s impeachments.

To some, this will look like standard operating procedure, GOP rule akin to what House Republicans did after retaking the chamber in 2010, when they quickly launched seemingly hundreds of bogus investigations aimed at weakening the Obama administration and, later, the Democrats’ expected 2016 nominee, Hillary Clinton. These inquiries, whether they were examining the “Fast and Furious” gun-walking scandal or the assault on the U.S. embassy in Benghazi, were never really about uncovering the truth. They were about doing political damage and feeding red meat to the GOP base. Republican voters want their elected officials to wage total war on Democrats about the kinds of things that Carlson and other Fox News hosts whine about every evening. The Republican base is even more radical now than it was during the Obama years, when it stopped short of passing unwarranted articles of impeachment. Kevin McCarthy will wave through any move to impeach the president, however illegitimate—and regardless of the chances of removal in the Senate. Otherwise, he would be ousted from his leadership role.

The distant silver lining is that all this may backfire. “The good news for Democrats is that impeachment is one of the few processes in our politics in which the public has the time and space to truly deliberate on the merits and come to something resembling a reasoned assessment of the facts,” wrote Paul Waldman in The Washington Post earlier this year. Impeaching Biden might ultimately rescue him from a public sentiment standpoint, particularly given how ridiculous such charges are likely to be.

But they would also serve as a warning. Republicans will likely win majorities in both chambers of Congress come November; by 2024, they may have a filibuster-proof majority—with Donald Trump heading into the White House. The wave of impeachments will be ridiculous, but it hints at more sinister actions coming when Republicans accumulate even more power. If an authoritarian and anti-democratic party were to come to have unchecked power, what would you expect it to do to its political opponents? 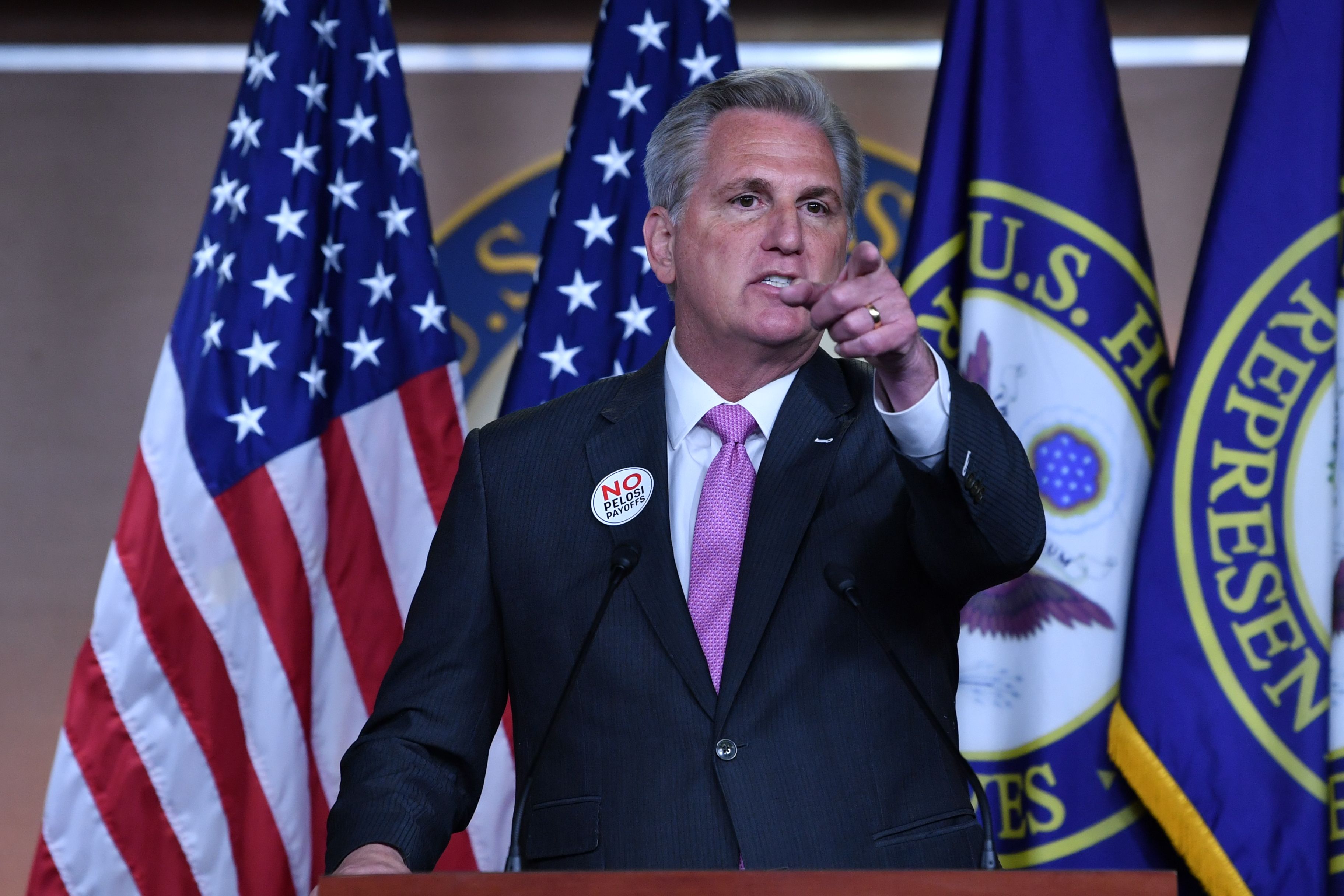