by larisa mongold
in World News
Reading Time: 3 mins read
A A
464
SHARES
1.8k
VIEWS
Share on FacebookShare on Twitter

Sir David Attenborough attending a gala in New York on March 1, 2018. (Image credit: Shutterstock)The much-loved British broadcaster Sir David Attenborough has been officially recognized as a “Champion of the Earth” by the United Nations Environment Programme (UNEP). The natural history icon is just the fifth person to receive the award for lifetime achievement.

For decades, Attenborough has narrated jaw-dropping, inspiring and eye-opening nature documentaries using his signature soothing tones. Some of his most famous documentaries include Planet Earth, Blue Planet, Life on Earth and Our Planet. He has also become a leading advocate for protecting the natural world and has strongly condemned world leaders for their inaction on climate change.

Attenborough received the Champions of the Earth Lifetime Achievement Award, the UNEP’s most prestigious honor, on April 21 during a video interview with UNEP executive director Inger Andersen, who chose the award’s recipient. Past winners of the award include environmental justice advocate Robert Bullard and Indigenous rights defender Joan Carling.

“Sir David Attenborough has devoted his life to documenting the love story between humans and nature, and broadcasting it to the world,” Andersen said in a statement. “If we stand a chance of averting climate and biodiversity breakdowns and cleaning up polluted ecosystems, it’s because millions of us fell in love with the planet that he showed us on television.”

Attenborough’s career in TV spans almost 70 years and myriad technological and societal changes. He is the only person to receive British Academy of Film and Television Arts (BAFTA) awards in the  TV categories black and white, color, high-definition, 3D and 4K. And despite being nearly 96 years old, he has kept up an astonishing pace of work.

Attenborough is considered to be a major influence for many scientists and conservationists, and in 2016 the British Antarctic Survey named its new state-of-the-art research vessel in his honor (though the top vote-getter for the name was actually “Boaty McBoatface”).

The RRS Sir David Attenborough, a research vessel operated by the British Antarctic Survey, in Liverpool during a stop in 2020. (Image credit: Shutterstock)In recent decades Attenborough has also used his unique and highly recognizable voice to speak up about a number of environmental issues including climate change, deforestation, overfishing and plastic pollution, as well as campaigning for renewable energy and climate action.

In 2018, Attenborough warned of the “collapse of our civilization” and the extinction of a majority of the natural world if climate change continues unabated, while speaking at a UN climate conference in Poland.

The broadcaster also gave an impassioned speech at the COP26 summit in Glasgow, Scotland, in November 2021, where he asked world leaders: “Is this how our story is due to end? A tale of the smartest species doomed by that all-too-human characteristic of failing to see the bigger picture in pursuit of short-term goals?”

Despite the lack of action from many world leaders to address environmental degradation and climate change, Attenborough is still convinced that the UN has a vital role to play in tackling these issues.

“The world has to get together. These problems cannot be solved by one nation, no matter how big that single nation is,” Attenborough said in the video as he collected his new award. “We know what the problems are and we know how to solve them. All we lack is unified action.”

In the latest report from the UN’s Intergovernmental Panel on Climate Change (IPCC) published April 4, scientists warned that it is “now or never” to tackle climate change.

Harry is a U.K.-based staff writer at Live Science. He studied Marine Biology at the University of Exeter (Penryn campus) and after graduating started his own blog site “Marine Madness,” which he continues to run with other ocean enthusiasts. He is also interested in evolution, climate change, robots, space exploration, environmental conservation and anything that’s been fossilized. When not at work he can be found watching sci-fi films, playing old Pokemon games or running (probably slower than he’d like). 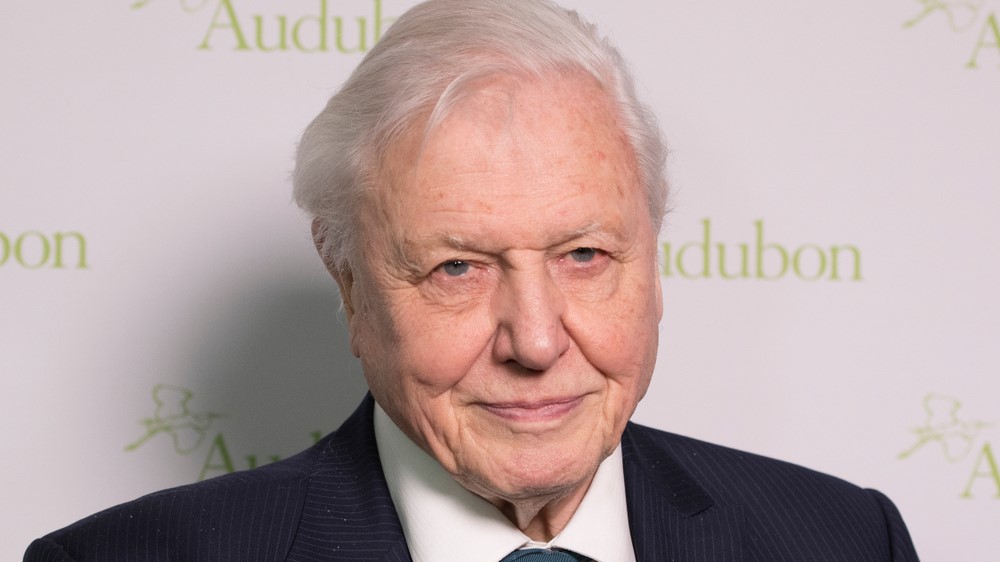