by yuri mcnaught
in World News
Reading Time: 3 mins read
A A
464
SHARES
1.8k
VIEWS
Share on FacebookShare on Twitter

If Le Pen does win, it would likely carry the same sense of stunning political upheaval as the British vote to leave the European Union or the US election of Donald Trump in 2016.Reuters ParisLast Updated:April 24, 2022, 07:56 ISTFOLLOW US ON:The French vote on Sunday in an election that will decide whether pro-European Union, centrist President Emmanuel Macron keeps his job or is unseated by far-right eurosceptic Marine Le Pen in what would amount to a political earthquake.

Opinion polls in recent days gave Macron a solid and slightly growing lead as analysts said Le Pen – despite her efforts to soften her image and tone down some of her National Rally party’s policies – remained unpalatable for many.

But a surprise Le Pen victory cannot entirely be ruled out, given the high numbers of voters who were undecided or not sure if they would vote at all in the runoff presidential vote.

With polls showing neither candidate able to count on enough committed supporters, much will depend on a cohort of voters who are weighing up anxiety about the implications of a far-right presidency against anger at Macron’s record since his 2017 election.

If Le Pen does win, it would likely carry the same sense of stunning political upheaval as the British vote to leave the European Union or the U.S. election of Donald Trump in 2016.

”Each of them has a huge weakness,” Bernard Sananes of pollster Elabe said. ”Emmanuel Macron is considered arrogant by more than one in two voters and Marine Le Pen remains scary for half of them.”

Macron, 44 and the winner in the same matchup five years ago, has warned of ”civil war” if Le Pen – whose policies include a ban on wearing Muslim headscarves in public – is elected, calling on democrats of all stripes to back him against the far-right.

Le Pen, 53, has focused her campaign on the rising cost of living in the world’s seventh largest economy, which many French say has worsened with the surge in global energy prices. She has also zeroed in on Macron’s abrasive leadership style, which she says shows an elitist contempt for ordinary people.

”The question on Sunday is simple: Macron or France,” she told a rally in the northern French town of Arras on Thursday.

Le Pen’s message has resonated with many voters.

DISLIKE FOR MACRON
Others, such Ghislaine Madalie, a hairdresser in Auxerre, in central France, strongly disagree.

Madalie said she would vote for Macron after backing the far-left Jean-Luc Melenchon in the first round on April 10, for fear of what a Le Pen presidency would be like. But she added that many of her clients would vote for the far-right candidate because they dislike Macron.

”I find that disastrous because she is racist,” Madalie, 36, whose family has roots in Morocco said of Le Pen. ”I am anxious, for me and for my children.”

Le Pen, who has also been criticised by Macron for her past admiration of Russian President Vladimir Putin, rejects accusations of racism. She said her plans to give priority to French citizens for social housing and jobs and scrap a number of welfare benefits for foreigners, would benefit all French, independently of their religion or origins.

If Macron does win he will face a difficult second term, with none of the grace period that he enjoyed after his first victory, and protests likely over his plan to continue pro-business reforms, including raising the retirement age from 62 to 65.

If she unseats him, Le Pen would seek to make radical changes to the country’s domestic and international policies, and street protests could start immediately. Shockwaves would be felt across Europe and beyond.

Whoever wins, a first major challenge will be to win parliamentary elections in June to secure a workable majority to implement their programmes. 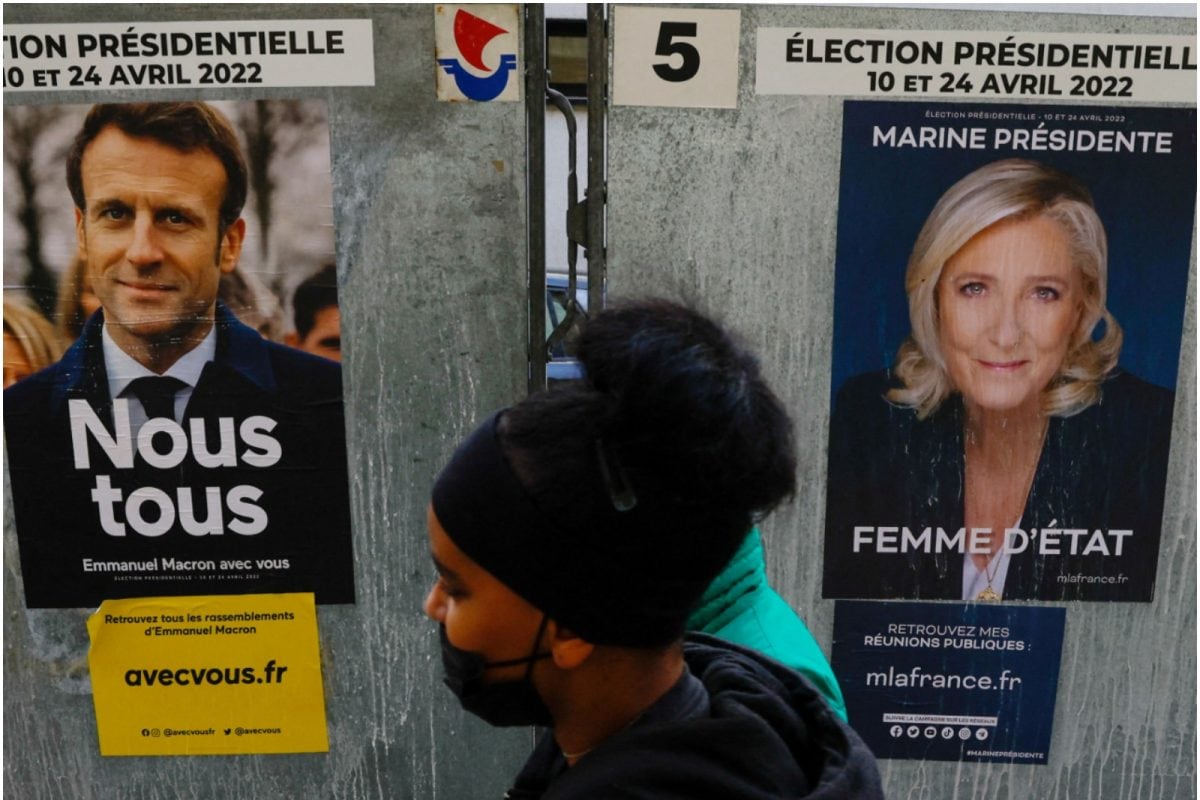 This Is How We End the War in Ukraine