by liam hess
in World News
Reading Time: 2 mins read
A A
465
SHARES
1.8k
VIEWS
Share on FacebookShare on Twitter

Earlier this morning, the two Golden Lions at the Venice Biennale—the top honors at the prestigious biannual art event, which opens to the public today—were awarded to Simone Leigh and Sonia Boyce, representing the United States and the United Kingdom respectively. It marks the first time in the Biennale’s 127-year history that the prize has gone to a Black woman artist, with both Leigh and Boyce also being the first Black women to represent their nations in Venice. It feels reflective of this year’s already singular Biennale, which sees women outnumber men within its main halls for the first time; a key priority for artistic director Cecilia Alemani when taking up the mantle.

Leigh won the Golden Lion for her monumental sculpture Brick House, which greets visitors in the opening gallery of the central exhibition in the Arsenale. (If it looks familiar at all, it’s probably because the 16-foot-tall bronze bust was previously exhibited on the High Line in New York.) It marks a bumper year for Leigh at the Biennale, where she also represents the U.S. at the American Pavilion. Titled “Sovereignty,” her exhibition there has served as one of this year’s highlights: In a dramatic makeover of the neoclassical, Jeffersonian building, Leigh covered the structure with a thatched roof inspired by a traditional African rondavel, in keeping with her subversive meditations on the legacy of Western colonialism. Inside, meanwhile, a mix of ceramics, bronzes, and video pieces provide a powerful overview of Leigh’s investigations into how women of the African diaspora have been represented across art history. The Biennale jury was led by the Whitney Museum curator Adrienne Edwards, who said that Leigh’s Brick House received the award for being a “rigorously researched, virtuosically realized, and powerfully persuasive monumental sculpture.” 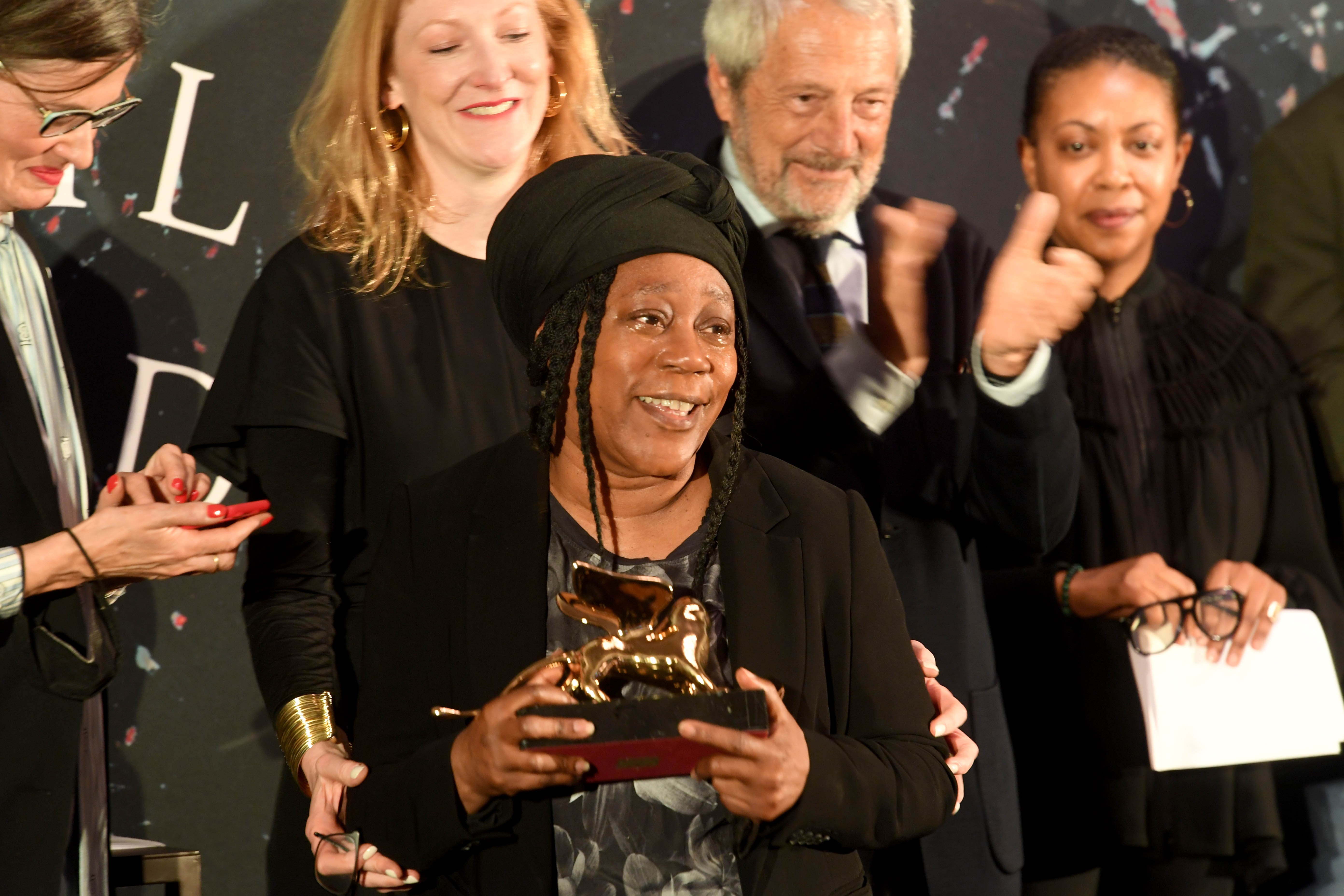 Bitcoin Slips Below $40k After Hostile Statements From Fed

Over 10% of Americans Will Own Crypto by Year-End: Research

Over 10% of Americans Will Own Crypto by Year-End: Research