by tahar hani
in World News
Reading Time: 3 mins read
A A
464
SHARES
1.8k
VIEWS
Share on FacebookShare on Twitter

Kyiv’s north-western suburb of Irpin bore the brunt of Russia’s failed advance on the Ukrainian capital and is now a field of ruins. Weeks after Russian forces pulled out, the town’s traumatised residents continue to bury their loved ones. Their harrowing accounts paint a bleak tableau of a month-long Russian occupation marked by relentless bombings, killings and sexual violence.

Russian troops withdrew from Irpin, some 30 kilometres north-west of the capital, in late March, after weeks of fierce clashes with Ukrainian soldiers and volunteers determined to protect their capital. As Moscow’s troops retreated from the northern suburbs of Kyiv, shifting their focus to Ukraine’s eastern Donbas, they left behind them a landscape of death and desolation.

Irpin was once a haven for foreign tourists and residents of Kyiv, who flocked to its riverbanks and parks for a little respite from the humdrum of the capital. But a month of indiscriminate bombings and bloodshed has transformed this formerly tranquil suburb into hell on earth.

Shell-shocked residentsThose who survived the ordeal are still in shock at the violence unleashed by “racist Russian and Chechen soldiers”, as Konstantin Godoskos, a Ukrainian national of Kazakh origin, describes the invaders. He fights back tears as he recalls the horror that descended on Irpin the day Russian troops overran the town.

“I was woken up by a loud blast on the night of February 24 [the day Russia launched its invasion],” Godoskos recalls. “I looked out the window to see what was happening and that’s when I saw hundreds or [maybe] thousands of paratroopers land at the nearby Hostomel airport. The sound of helicopters was deafening and terrifying, I couldn’t believe what I was witnessing.”

“The poor man didn’t even carry a weapon,” he says. “I saw this happen several times, soldiers killing people who were simply walking in the street.”

Russia has described its invasion as a “special military operation” to disarm and “denazify” Ukraine. It has steadfastly denied targeting civilians or committing war crimes, despite mounting evidence to the contrary.

Owing to its strategic location on the main road to Kyiv, Irpin was one of the first towns to be occupied by Russian troops. Their subsequent failure to advance on the Ukrainian capital meant the invading forces remained entrenched in Irpin for a full month – an agonising wait for the town’s hapless residents.

‘I saw them rape women and young girls’On top of the killings, Godoskos says he witnessed “even more horrible” scenes, including sexual violence inflicted on women and children.

“I saw them rape women and young girls,” he says. “One of them was just 15. They took her to a basement. They weren’t Chechens or other nationals, they were Russian soldiers no older than 20. She managed to escape in the end because her rapists were so drunk they forgot to tie her up.”

Charred vehicles outside a police station in Irpin, where a police officer was shot dead by Russian forces. © Tahar Hani, France 24

Godoskos says he was forced to hurriedly bury 74 bodies during the town’s occupation, after pleading in vain for proper burial at the local cemetery.

“I told [the Russians] they were Christians and foreigners, just like me,” he says. “I begged them to lay the dead to rest in a cemetery, according to our faith. But they refused and ordered me to dig holes in people’s gardens and bury them there.”

‘My husband was killed, my apartment is destroyed, we lost everything’By mid-April, Ukrainian officials had located the bodies of more than 900 civilians killed in the Kyiv region, including around 150 in Irpin alone. That number is likely to increase, says Andriy Nebytov, the head of the regional police, with many people still missing.

“Our priority right now is to collect evidence of the crimes committed by Russian forces, so we can take them to international courts,” says Nebytov. “Then we’ll arrest the Ukrainians who helped the Russians as well as the thieves who pillaged empty homes.” 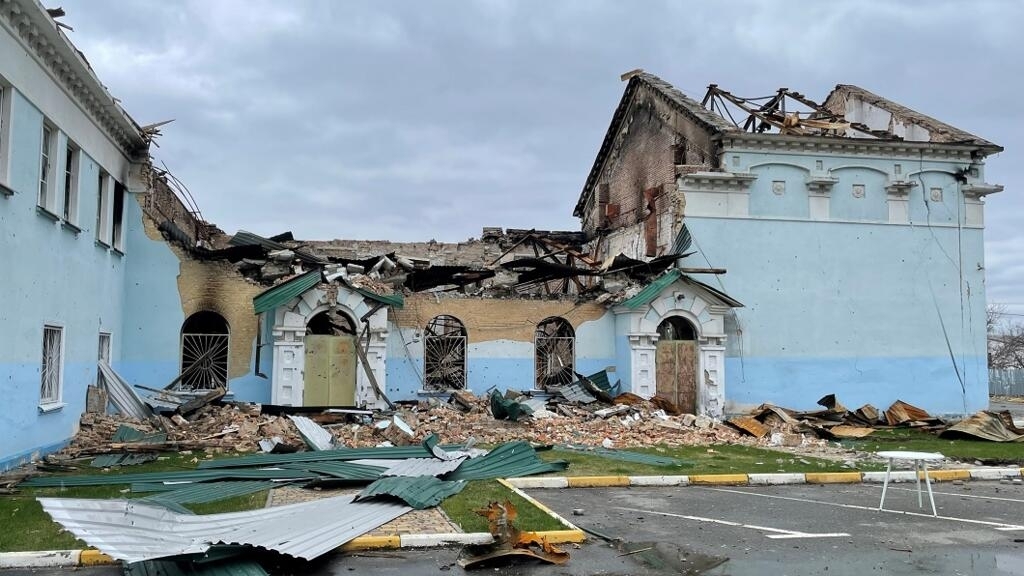