by josh salisbury
in World News
Reading Time: 2 mins read
A A
464
SHARES
1.8k
VIEWS
Share on FacebookShare on Twitter

US intelligence believes Russia is preparing a pretext for its troops to further invade Ukraine, the Biden administration said Friday.White House officials believe that Moscow has already prepositioned operatives trained in urban warfare to conduct a “false flag operation” in eastern Ukraine.She alleged that Russian operatives had already been dispatched who could use explosives to carry out acts of sabotage against Russia’s proxy forces – giving a pretext for Vladimir Putin to take military action if he decides to.She said: “We are concerned that the Russian government is preparing for an invasion in Ukraine that may result in widespread human rights violations and war crimes should diplomacy fail to meet their objectives”.While the country said it is too soon to say who could be responsible, it added Russia has used similar tactics in the past.A series of talks between Russia and the US and its Western allies this week in Europe aimed at heading off the escalating crisis made little progress.“They shared significant concerns about the build-up of Russian troops on Ukraine’s border, and emphasised NATO’s collective resolve to avoid further escalation,” a statement on the talks said.Russia has amassed around 100,000 troops on Ukraine’s border.Russia, which maintains it does not plan to invade Ukraine, is demanding that the US and Nato provide written guarantees that the alliance will not expand eastward.The country’s Foreign Minister, Sergey Lavrov, said he expected the US and Nato to provide a written answer next week.”We have run out of patience,” Mr Lavrov said at a news conference. “The West has been driven by hubris and has exacerbated tensions in violation of its obligations and common sense.” 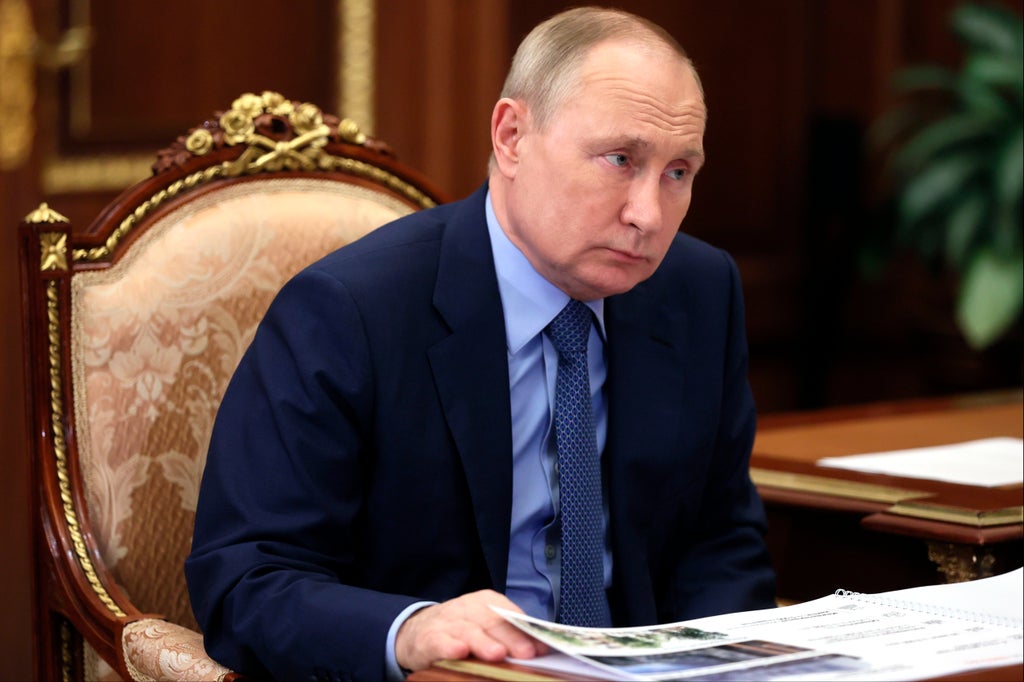