TN Theaters to be closed again

by georgianna pekar
in COVID-19
Reading Time: 1 min read
A A
464
SHARES
1.8k
VIEWS
Share on FacebookShare on Twitter

It is being reported that the cinema halls in Tamil Nadu are soon to be shut down indefinitely due to the drastic rise in the COVID and Omicron variant cases. Now, the big question in the Kollywood circle is what will be the fate of multiple small scale films that were slated to release for Pongal.

Tamil Nadu Chief Minister MK Stalin has been meeting the medical experts at the General Secretariat on extending the curfew and imposing additional restrictions to the lockdown in the state to control the increase in the virus infection. Sources say that in the consultation with the medical professionals, there is a possibility of closing the theatres in Tamil Nadu until further notice.

.This raises a question on the status of the 8 films that were planned to be released on Pongal Day. The slated releases are: Naai Sekar, Kombu Vatcha Singamda, Enna Solla Pogiraai, Carbon, Iswarya Murugan, Marutha, AGP and Paasakkara Paya. Due to the possible restriction, Kollywood circle and theatre owners are in for a shock. 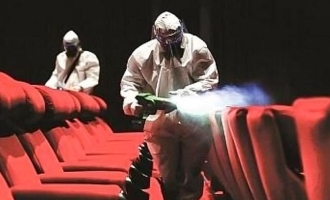 Japan to maintain most border restrictions until the end of February