by jasmine aguilera and madeleine carlisle
in World News
Reading Time: 5 mins read
A A
464
SHARES
1.8k
VIEWS
Share on FacebookShare on Twitter

The U.S. Supreme Court will hear two cases on Tuesday that could impact thousands of unauthorized immigrants detained in the United States.

Unauthorized immigrants are often detained indefinitely in prison-like settings while their immigration cases are adjudicated. The plaintiffs in the two cases coming before the high court argue that immigrants held in detention for longer than six months are entitled to a bond hearing in which a judge determines whether they should continue to be detained. (Oral arguments in the two cases, Garland v. Gonzalez and Johnson v. Arteaga-Martinez, will be heard Tuesday morning.)

“We could never treat a citizen like this,” says Muzaffar Chishti, senior fellow at the Migration Policy Institute (MPI), a nonpartisan research institution. “A citizen cannot be held without bail for any length of time. But here we are saying that a noncitizen who has not committed any crime can be held forever.”

The Biden Administration disagrees. The Justice Department (DOJ) argues the immigration statute in question does not entitle immigrants to a hearing and that the lower courts do not have the authority to grant class-wide relief—as the Ninth Circuit Court of Appeals did in Esteban Aleman Gonzalez’s case in 2020. How the Supreme Court rules on the issue of bond hearings and on whether the lower courts can grant class-wide relief to thousands of immigrants in these cases could have sweeping implications for how immigration claims are litigated going forward.

At the center of the lawsuits is a 1996 immigration statute that states an unauthorized immigrant “may” remain in detention for an extended period of time if they fail to meet certain criteria. Several detained immigrants, including Gonzalez, sued the U.S. government, arguing that because the statute says “may” be detained rather than “shall” be detained, it connotes discretion by judges and entitles them to a hearing. Biden’s Department of Justice—which is taking the same position as Trump Administration—argues that the law grants the Attorney General the power to detain unauthorized immigrants for any period of time while their cases are litigated.

Michael Kaufman, an attorney with the ACLU Foundation of Southern California who represents Gonzalez, says he finds it “very disappointing that the Biden Administration is defending this inhumane system that leads to needless incarceration of hundreds of people across the United States.” He argues that the fundamental question of the case comes down to “whether the federal government can confine you, can incarcerate you, for months or even years without providing the most basic of due process protections.”

Immigration advocates have long called on the U.S. government to seek alternatives to detention and criticized the conditions that people live in for indefinite periods of time. Detainees are kept away from their families, friends and work while being put at a greater risk of contracting COVID-19 in detention facilities, says Leah Litman, a professor at University of Michigan Law School who filed a brief in support of Gonzalez. They’re also prevented from going to find evidence to support their claims and may have difficulty finding an attorney who can help litigate their case, she adds. “It’s not only about the humanity of forcing someone to remain detained for years while they litigate a successful immigration claim,” Litman says. “It’s also about the integrity of the immigration process.”

Read more: In a Warning Shot to Other States, Federal Judge Rules Immigrant Detainees in Washington Must Be Paid More Than $1 a Day

The number of people in detention has ranged from 20,000 to more than 27,000 in the past few months, according to the Transactional Records Access Clearinghouse (TRAC), a research organization at Syracuse University. The length of time a person spends in detention varies widely depending on an individual’s circumstances, but it is not uncommon for people to spend months or even years in Immigration and Customs Enforcement (ICE) facilities. Immigrants going through immigration proceedings are not entitled to a lawyer, and those without a lawyer may find it more difficult to request a bond hearing. Most of the people in detention are either asylum seekers or undocumented people who have lived in the U.S. for long periods of time before being caught by ICE, according to MPI.

In his original lawsuit, Gonzalez asked the court to extend its ruling to other immigrants who’ve been detained for prolonged periods of time—otherwise known as granting class-wide relief. A district court and the 9th Circuit agreed. Gonzalez was released after more than eight months in detention when U.S. District Court for the Northern District of California ruled in his favor in April 2020. It is unclear how many others were also granted similar relief because of the class action suit.

Class action lawsuits have often been utilized as a tool for immigrant advocates because most people in detention do not have access to an attorney. “If you’re not able to get an injunction that applies on a class-wide basis—that is, applies to other people aside from yourself—then you’re requiring each individual immigration petitioner to raise the exact same claim and have different courts adjudicate all of those claims,” Litman says. Kaufman of the ACLU adds that class action suits are a critical protection for many of their clients.

Experts predict that the Supreme Court’s 6-3 conservative super majority might rule on these cases in a way that leaves potentially thousands of people—some of whom have already been detained for years—in detention centers as they wait on their legal proceedings.

Shonda Rhimes Already Knows What You’re Going to Watch Next How Donald Trump Turned Jan. 6 into a Windfall Why 2022 Is the Year We Learn to Live With COVID-19 Public Schools Are Struggling to Retain Black Teachers. These Ex-Teachers Explain Why CDC Director Rochelle Walensky Faces a Surging Virus—And a Crisis of Trust How Addictive Social Media Algorithms Could Finally Face a Reckoning in 2022 The Supreme Court Could Let Religious Schools Take Taxpayer Money. Former Students Say That’s a Mistake
Write to Jasmine Aguilera at [email protected] and Madeleine Carlisle at [email protected] 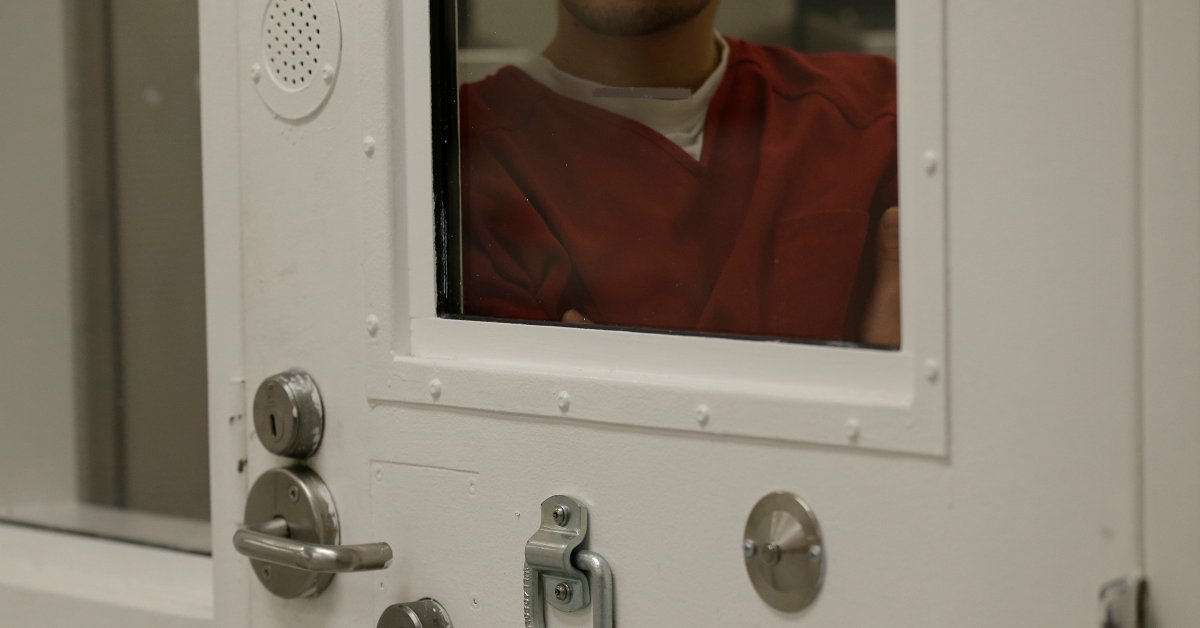