by paul best
in World News
Reading Time: 3 mins read
A A
464
SHARES
1.8k
VIEWS
Share on FacebookShare on Twitter

At least 19 dead in horrific NYC fire Correspondent Alexis McAdams reports from NYC where a fire broke out taking the lives of at least 19 people, a malfunctioning space heater is believed to have been the cause.

Two massive fires have devastated the United States in the first nine days of 2022, with a Philadelphia row house fire killing 12 people on Jan. 5 and a New York City apartment fire killing 17 on Sunday.

“This is going to be one of the worst fires that we have witnessed during modern times,” New York City Mayor Eric Adams said of Sunday’s fire, which also left at least 63 people injured.

The Philadelphia row house fire, which authorities say may have been started by a toddler who was playing with a lighter near a Christmas tree, was the deadliest to hit the city in more than a century.

Here is a look at some of the deadliest residential fires over the last 20 years in the United States.

Ten minors, including six children under the age of 12, were killed during a sleepover when a blaze broke out on the porch of a Chicago apartment on Aug. 26, 2018.

No adults were present when the fire broke out and there were no working smoke detectors in the home.

NYC’S BRONX APARTMENT HORROR: VETERAN FIRE MARSHAL WITH TIPS ON HOW TO SURVIVE IF FIRE CONSUMES YOUR HOME

The building’s landlord was cited just three years earlier for not having a smoke detector in the unit where the fire started, according to the Chicago Tribune.

A 3-year-old playing with stove burners started this fire on the first floor of a five-story Bronx apartment building, leaving 13 people dead on Dec. 28, 2017.

Fire Commissioner Daniel Nigro called it “historic in its magnitude” as it was the worst fire in New York City in a quarter-century.

Emmanuel Mensah, a private in the National Guard, saved multiple people from the burning building before succumbing to smoke inhalation.

Memphis house fire on Sept. 12, 2016
The outside of a Memphis home where a fire killed 10 people. Metal bars were placed over most windows of the house. (Associated Press)

A fire started in the living room of a small Memphis, Tennessee, home shortly after midnight on Sept. 12, 2016, leaving four adults and six children dead.

A neighbor, Shondra Hampton, said that firemen pulled lifeless bodies out of the home, which had metal bars over most of the windows.

“I’ve never seen firemen cry, but they were bawling like babies when they brought the children out,” Hampton told The Tennessean.

It was the deadliest fire in Memphis since the 1920s.

The fire started around 2:30 a.m. and only two family members escaped, one by jumping out of a second-story window.

Eight of the victims were children, according to the Pittsburgh Post-Gazette.

Ten people, including eight children, died in the fire. They were all part of a 22-person extended family from the west African nation of Mali that lived in the house.

Kentucky house fire on Feb. 6, 2007Ten family members, including six children, died when a one-story wood-frame home went up in flames early in the morning of Feb. 6, 2007.

Dwight Mason, a neighbor, said he was briefly able to get into the house through a window but had to turn back.

“I knew there were children in the house, and you want to do something,” he told the Louisville Courier-Journal. “I kept hearing them kids hollering and screaming and stuff.”

Candles that the family was using caught a mattress on fire, which got stuck in a doorway as they tried to drag it outside.

The deceased ranged in age from 6 months to 42 years old. Six of the family members escaped.

Eleven members of the family died of smoke inhalation in the home, which had two smoke detectors but no batteries. Seven of the victims were children.

The Associated Press contributed to this report. 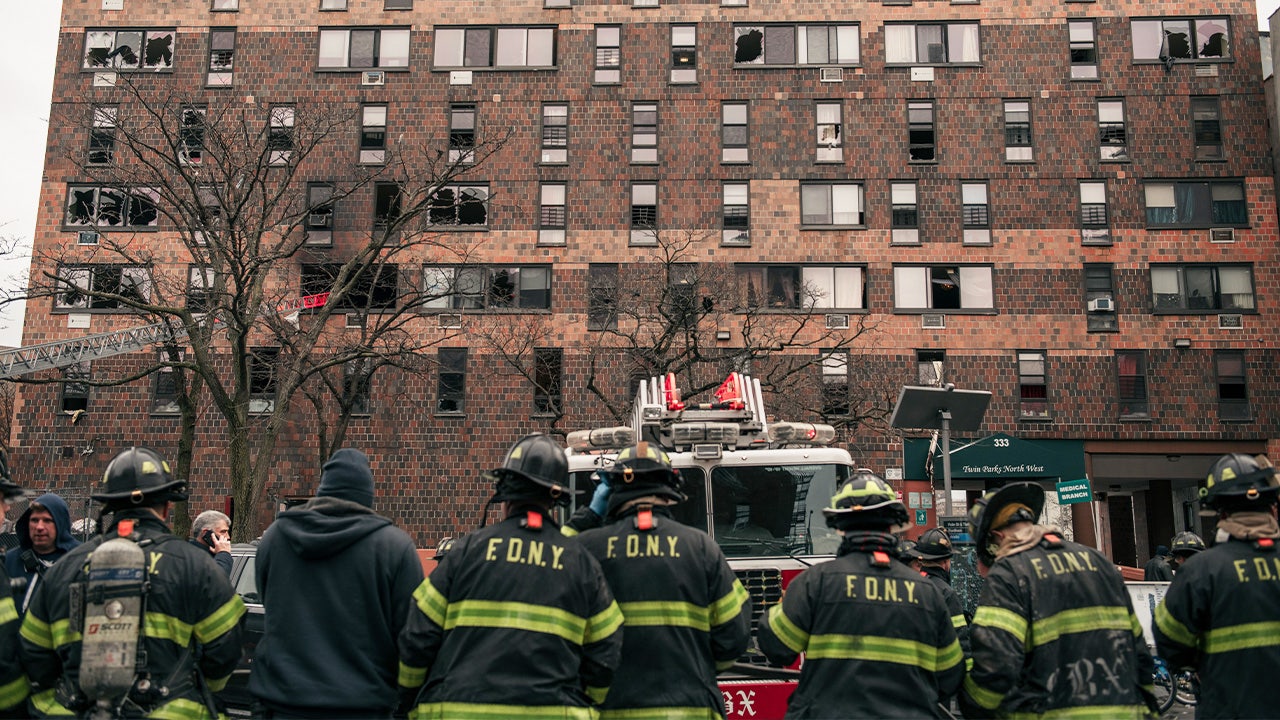 Ukraine’s alliances are not a ‘bargaining chip’ in talks with Russia, country’s deputy PM says

If America Doesn’t Protect Ukraine, Then America Will … Die?

If America Doesn’t Protect Ukraine, Then America Will ... Die?