malika handa Telangana minister KTR had promised financial assistance to Malika Handa in his personal capacity on January 3 while reacting to tweets about the Punjab government allegedly denying her cash awards due to lack of a policy for deaf sportspersons. Malika Handa with Telangana minister KTR (Source: KTR/Twitter) In a heart-warming gesture, Telangana Chief Minister K. Chandrashekar Rao’s (KCR) son and cabinet minister K.T.Rama Rao (KTR) called deaf & mute chess champion Malika Handa from Punjab to Hyderabad and gave her Rs 15 lakh cheque as part of financial support apart from presenting a laptop to help her participate in an online chess championshipEarlier, the Telangana minister had responded to a video of Malika on Twitter and offered to extend support. Malika Handa flew down from Jalandhar to Hyderabad at the invitation of KTR.KTR, who is a minister for industry and information technology, stated that he called Malika Handa in his personal capacity after getting to know about her plight and the unfair treatment she was receiving from the Punjab state government.Respected sir Cc: @narendramodi @PMOIndia @CHARANJITCHANNI sir @AmitShah sir @ANI @aajtak pic.twitter.com/NgNsodDnho— Malika Handa (@MalikaHanda) January 4, 2022During the meeting, minister KTR stated that Malika has brought laurels to the country. “We are proud of what she has achieved till now and she definitely deserves all the credit for the hard work she has put in,” he said.On this occasion, the minister also asked for inputs from Malika on what kind of policies can be bought in to support specially-abled sportspersons from Telangana. He asked the officials to study the best policy frameworks that can be adapted to benefit such sportspersons in Telangana State.KTR also appealed to the union minister for youth affairs and sports Anurag Thakur to provide Malika with a government job.Kept my promise to help the talented @MalikaHanda JiMet her today & extended financial support of ₹15 lakhs (in personal capacity) & gifted her a laptop which will help her in preparation for future championshipsRequest Sports Minister @ianuragthakur Ji to get her a Govt job pic.twitter.com/2j126WVY1b— KTR (@KTRTRS) January 10, 2022With the help of an interpreter, Malika interacted with Minister KTR and expressed that Chess is not being seen as a mainstream sport by the Govt of India yet.“I am overwhelmed with the warm welcome and support received from the Telangana Govt. My heartfelt thanks to Minister KTR for recognising me and supporting me,” Malika conveyed.According to the chess player, she was informed that the state government can’t give her a job and cash reward as the government does not have any such policy for deaf sports.She claimed that Punjab sports minister Pargat Singh told her that the promise was made by the minister in the previous government and the current government cannot do anything about it. She said she was hurt as her five years got wasted.Malika Handa profile:Malika Handa, 26, is an Indian professional chess player who is deaf & mute. Mallika holds a Bachelor of Arts degree. She is the first Indian woman to win a gold medal in the International Deaf Chess Championship, which took place in Armenia in 2016.Malika was born in Jalandhar, Punjab. She was not born deaf but lost her hearing and speech when she was one year old. Now, she lives with a 90 percent hearing disability.She began to play chess at the age of 15 and has won the national deaf chess championship six times until now.She is the only woman from Punjab to have represented the state nine times in national championships. She has won one gold and two silvers in the world deaf chess championship and as well as in the Asian deaf chess championship.Malika is now preparing for the World Championship which is scheduled to take place in September 2022 in Poland. 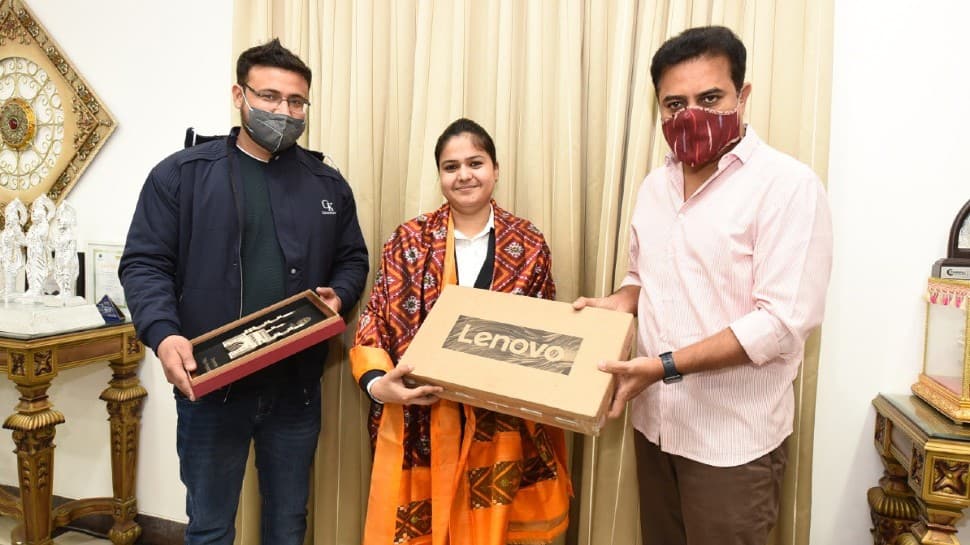 Putin pushes his red lines in Kazakhstan and Ukraine