Putin pushes his red lines in Kazakhstan and Ukraine

by dave lawler
in World News
Reading Time: 2 mins read
A A
465
SHARES
1.8k
VIEWS
Share on FacebookShare on Twitter

Monday was a day of red lines for Vladimir Putin: Russia will not allow “color revolutions” in its neighborhood, he said, and will stand by its demands that NATO pull back from its borders and keep Ukraine out — even as Washington insists those are “non-starters.”Driving the news: Putin said that by dispatching troops to Kazakhstan, the Moscow-led alliance had shown it “will not allow the situation to be rocked at home and will not allow so-called ‘color revolutions,'” a reference to the uprisings that toppled pro-Moscow governments in Georgia and Ukraine.Putin described at a virtual gathering of leaders of the Collective Security Treaty Organization the events in neighboring Kazakhstan as a foreign-backed terrorist operation, a claim for which there is little evidence. He said Russian troops would remain in Kazakhstan until order is restored and President Kassym-Jomart Tokayev deems them no longer necessary.By inviting Russia in, Tokayev underscored Moscow’s position as security guarantor for regimes in the region. He may also have compromised his country’s sovereignty.Even if Russia doesn’t leave troops in the country, “it’s hard to imagine that Moscow wouldn’t try to secure something in exchange for this activation,” says Alexander Cooley, a Central Asia expert at Columbia University.Meanwhile in Geneva, Russian Deputy Foreign Minister Sergei Ryabkov said that if diplomacy over Ukraine and NATO fails, Russia will opt for an unspecified “military-technical solution.”Those comments followed the first of three meetings Russia will hold this week with U.S. and European interlocutors who are hoping to stave off a potential invasion of Ukraine — something Ryabkov denied Russia was planning.But he also said the U.S. would be “playing with fire” if it didn’t move quickly to reach legally binding pledges to reduce NATO’s footprint in Eastern Europe and to keep Ukraine out.The deals must be cut on Russia’s terms, he insisted: “It should be NATO that is making a step toward Russia rather than the other way around, so Russia shouldn’t modify its position regarding key issues.”Between the lines: Top U.S. officials warn that the Russians may be using the talks as a pretext to invade Ukraine when their maximalist demands are inevitably rejected.Deputy Secretary of State Wendy Sherman told reporters following an eight-hour meeting with Ryabkov that the U.S. was open to discussing “reciprocal” restrictions on missiles and military exercises, but “will not allow anyone to slam closed NATO’s open door policy.”She also confirmed publicly for the first time that the Biden administration’s sanctions in response to a Russian invasion of Ukraine could include export controls on certain key technologies.Ryabkov denounced what he called U.S. “blackmail” on sanctions, saying the U.S. had failed to “learn anything from history, from the events of recent times.”He also mocked Western diplomats, saying they knew how to threaten and to sanction but no longer knew how to make a deal. “That’s ok,” he added. “We will try to teach them.”What to watch: Next up are Russia-NATO talks on Wednesday.Russian Foreign Minister Sergey Lavrov may have set the tone for those discussions when he said NATO’s mission after the fall of the Soviet Union had been to take over geopolitical “orphans.”That’s hardly how countries like Poland, the Baltic states or, indeed, Ukraine would see it. 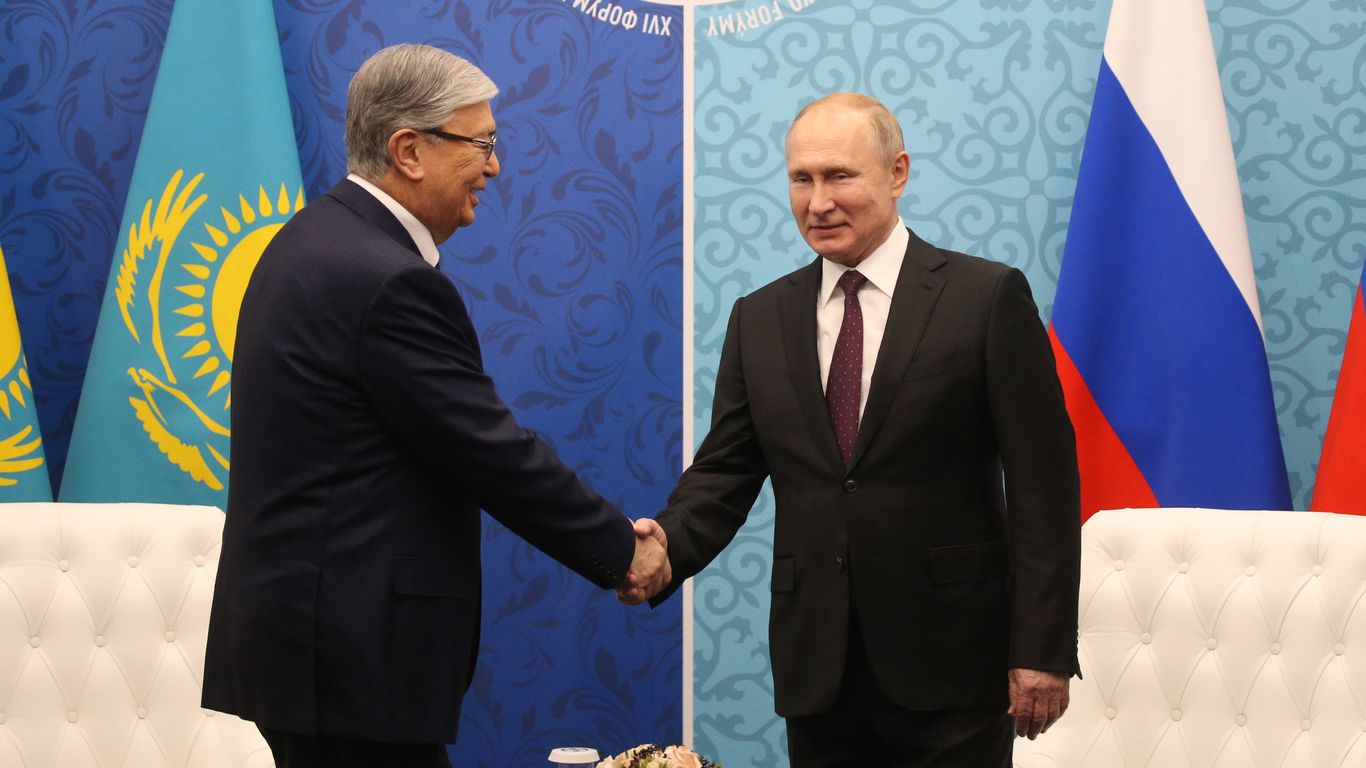