If Congress can pass it, Build Back Better could be a second “Green New Deal”

by carl pope
in World News
Reading Time: 5 mins read
A A
464
SHARES
1.8k
VIEWS
Share on FacebookShare on Twitter

As Democrats continue discussions with Senator Manchin about a trimmed-down Build Back Better Act, we should recognize that whatever does get enacted, the Biden Administration is trying to pass a version 2.0 of the Green New Deal.

The media — and most of Washington — has decided that the Green New Deal failed. Certainly the formal resolution that embodied its boldest objectives never came close to enactment or even Presidential endorsement. What remains is the essence of the Green New Deal: the marriage between a federal budget with economy-transforming green investments, and a social and environmental regulatory safety net. That’s the ideal combination Roosevelt stumbled into, and which Biden is currently being nudged towards.

How substantially America — and the global climate — are altered by this combination will be determined not only by the scale of Build it Back Better as it emerges, but also the boldness of the second, regulatory phase of Biden climate ambitions.  Again, it is the marriage between these two thrusts that will shape the scale and success of the Second Green New Deal.

As David Robert pointed out in his 2021 annual review in Volts, 2021 will be the legislative highwater mark of the Biden first term for climate — for a long time to come.  Roberts seems certain of this. Politics is, from my experience, too volatile to make such long-term predictions – but I agree that climate strategy must indeed be based on the premise that Congress is not going to do much more for climate action during the next five years, critical as they are to climate survival. Build Back Better, in whatever form, is the pivot point.

But I definitely differ with Roberts in his lament that such ongoing Congressional gridlock means that “those of us hoping for climate progress will have to forget about first-best solutions and begin thinking in terms of guerrilla actions, in states, cities, and the private sector. That’s a very different mindset than the push for a centralized solution.”

Well, Franklin Roosevelt didn’t achieve his victories with a centralized solution either. His biggest environmental success — cutting soil erosion in the Dust Bowl in half in five years — was the product of the Soil Conservation Service, which almost never gets mentioned in narratives of the 1930s.

Biden calls this “all of government.” It is a different mindset. But not necessarily a defensive one (guerillas are almost never on the defense – ask Mao) nor a less ambitious one. The Obama Administration offered the Clean Power Plan (CPP) as its centralized power sector solution. Courts and Congress entirely neutered it. Other forms of regulatory and community action, however, including Environmental Protection Agency (EPA) emission limits on other pollutants, achieved the emission reduction goals of the CPP a full decade earlier than Obama envisaged.

A frozen Congress does not necessarily mean a frozen federal government.  The Biden Administration has devoted most of its climate regulatory efforts thus far to undoing Trump rollbacks.  There are obvious, and potent, standards Biden’s EPA, Department of Energy, and Department of the Interior could set – but have not yet initiated, perhaps because they would simply have given climate “go slow” Congressional Democrats i bargaining chips.  Once Congress is no longer a forum, a handful of pro-fossil Democrats has a weaker hand.

Instead, the wrap up of major legislative opportunities could trigger a second Green New Deal phase, embedded in a wide array of economically attractive, climate-friendly regulatory reforms. Biden’s choice: retake the offensive or let Congressional gridlock define his Administration.

For example, EPA just announced auto carbon emission standards requiring decarbonization twice as rapid as its draft version released only 4 months ago.  What changed? Well, billions of dollars of federal investment in EV charging networks and customer purchase incentives for EVs in both the bipartisan and Build Back Better budgets, along with the continued growth in states signing on to California’s independent (and ambitious) car and truck standards. A similar mix of state leadership and federal finance helped President Obama put his original, ambitious auto rules in place back in 2009.

There is a danger that the Trump Supreme Court could limit — or even overturn — EPA’s authority over emissions of carbon dioxide. Even if did, EPA is not as powerless as the media often assumes.

Carbon dioxide is unavoidably emitted by combustion of fossil fuels. But so are other Clean Air Act–covered health pollutants, particularly oxides of nitrogen.  And with generous federal tax credits for carbon capture and storage, it becomes a legally  “available” technology. Once EPA required carbon capture and storage — first for new, and then for existing coal and gas power plants — the decarbonization of utility sector emissions would receive a major push. Coal and gas power is already more costly than wind and solar. Add the cost of CCS and their market share shrinks even more quickly.

Power plants and vehicles are not the only major climate polluters for which Clean Air Act health concerns also mandate overdue attention. Home furnaces, water heaters and stoves are a major source of both carbon dioxide and nitrogen oxides. An unvented gas stove in an average house produces enough nitrogen pollution to violate air quality health standards, and frequently emits dangerous levels of carbon monoxide as well. Almost half of the homes in the country are already all-electric; both the federal and local governments should address this obvious health risk with a zero-carbon alternative.

It’s an appalling underreported story that more than 50 years after the Clean Air Act was enacted, 40% of American still breathe unhealthy air. With recent progress in zero emission technologies for power generation, transportation, homes and even industry, there is no excuse for that scandal to continue.  Combustion of fossil fuels is both a health risk and a climate curse. Combustion has had its day. Prometheus can finally rest.

Build Back Better federal financing will make industry less resistant to rapid technology change and decarbonization.  State and local incentives and mandates will further help business test new innovations; accelerate early adoption of zero emission technologies; develop the needed transmission, storage, and electric vehicle charging infrastructure networks; and establish high bar regional mandates which will bring industry to the negotiating table with EPA on the fastest pathway to national adoption.  Indeed, one major study I worked on has already demonstrated that even if we assume significant Congressional action, the only reliable pathway to meet Biden’s 50% emission reduction by 2030 is through a full-throated partnership between Washington and the rest of American society.

I’ll close as Roberts did: passing the Build Back Better Act remains the key strategy to fully leveraging Biden’s regulatory opportunities — the $550 billion in funding it could provide for clean energy technologies like renewables, transmission and storage will greatly accelerate coal and gas power plant retirements. More funding for electric vehicle  charging remains essential to move the EV revolution forward at top speed. BBB’s loan programs will be vital to speed the decarbonization of the other biggest polluting sector, which is industry.

As it becomes ever-clearer  to the American people that where energy is concerned, newer and cleaner = cheaper and safer, the “coal and oil forever” message is going to become an ever-heavier burden on the GOP’s shoulders.  So politics aside, the second phase of Biden’s Green New Deal may prove a political game-changer. If, and only if, it is bold enough.

Read more on Build Back Better: 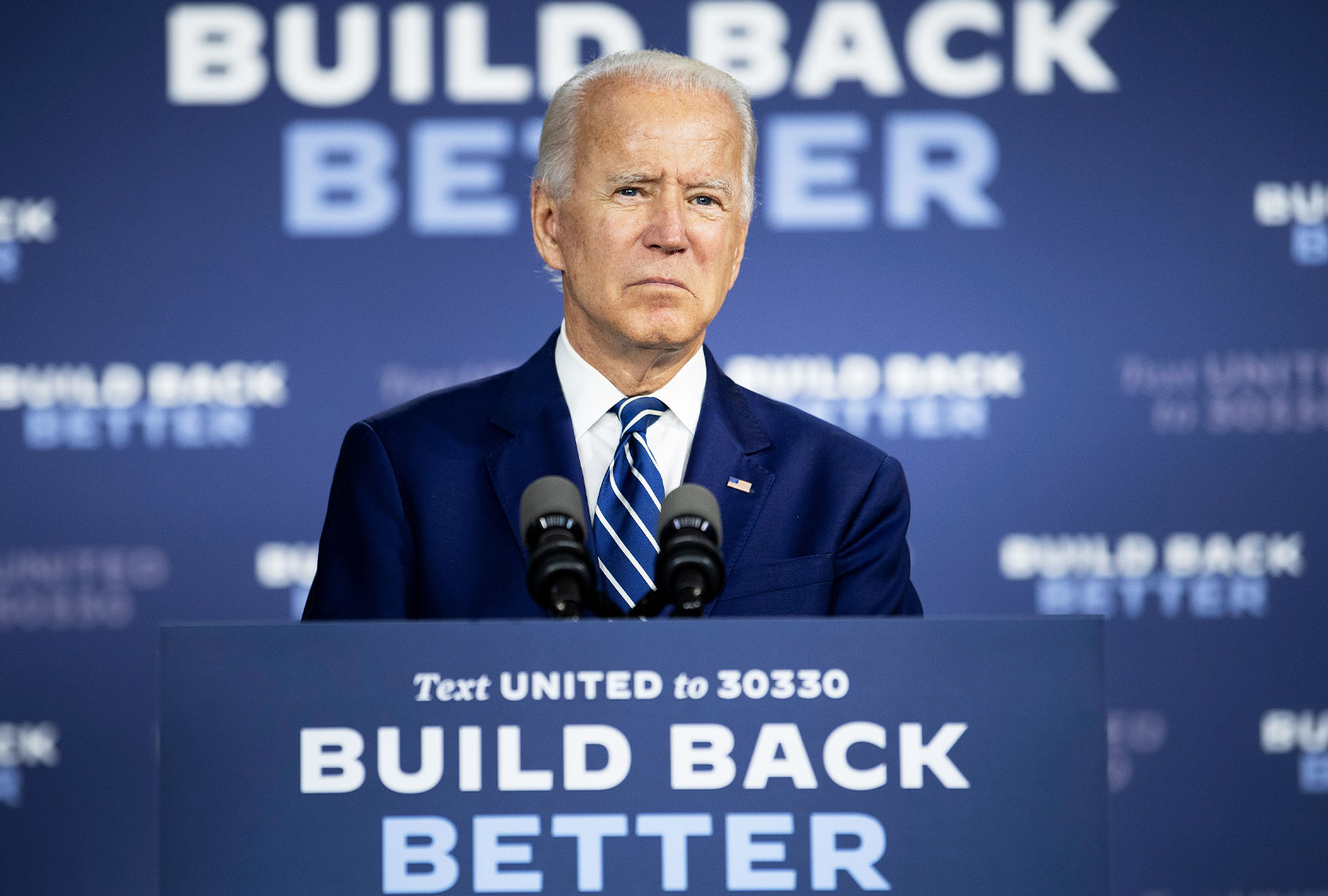