Biden Should Fight Corporate Concentration, but Not Because of Inflation

by timothy noah
in World News
Reading Time: 3 mins read
A A
464
SHARES
1.8k
VIEWS
Share on FacebookShare on Twitter

Is corporate concentration to blame for inflation? In The Washington Post, Jeff Stein reports that “liberal economists both inside and outside the administration [are] split” on this question. But this seems more like a split between liberal economists on one side saying no and politicians, political strategists, and liberal advocates of more aggressive antitrust policies on the other side saying yes.

The most obvious argument against the proposition is that corporate concentration, quite indisputably, has been rising at least since the late 1990s, a period when antitrust enforcement declined dramatically—but during which, until last year, inflation was negligible.

Corporate concentration probably played a significant role in long-term wage stagnation and a two-decade decline in labor’s share of the gross domestic product, because increases in market share were largely unchecked by labor unions, which represent a declining share of U.S. workers. I’ve worried about growing market concentration’s effect on wages for many years. But I can’t say I’ve worried much about its impact on inflation, because from the 1990s until March 2021, inflation seldom rose much above 2 percent. Rather than fret about corporate concentration’s impact on inflation, I refinanced my house three or four times and watched in vague puzzlement as banks traded my mortgages like Pokémon cards.

Market concentration didn’t spike last year when inflation did. What happened, as various economists have explained, is that Covid-19 kept people from spending their money on traveling abroad or going out to restaurants or concerts or the movies, so instead they spent their money on material goods. At the same time, the pandemic limited the number of workers available to move parts to these material goods along the supply chain; to put these goods into containers on big ships; and then to remove those containers at U.S. ports, most of them on the West coast. Supply fell short of demand, driving prices up.

Granted, corporations during the past year probably used rising inflation as an excuse to jack up prices a bit higher than necessary, and this probably was made easier than it might have been half a century ago by increased market concentration. Matt Stoller, director of research at the nonprofit American Economic Liberties Project and a strong advocate for antitrust enforcement, has calculated that 60 percent of the increase in inflation is going into corporate profit. Even Stoller concedes that calculation is a little shaky, but yes, given the circumstances, it would run counter to everything we know about corporations if they weren’t taking advantage. Substantively, instances of potential price-gouging appear to be what the Biden administration is actually looking for, in isolated industries like meatpacking. Garphil Julien of the Open Markets Institute, another antitrust nonprofit, argued last month that the shipping industry deserves a look, too. Profits on container shipping, Julien reported, are on track to be 15 times higher than in 2019.

Cartelization and monopolization do tend to raise prices, and no doubt there are all sorts of goods and services that are more expensive as a result. But economic concentration doesn’t usually raise prices month after month; rather, prices stabilize at a too-high level. That’s the story, for example of rail freight, as described last year in an excellent Washington Monthly piece by Open Markets’ policy director, Philip Longman. (Full disclosure: I was one of that piece’s editors.) But artificially inflated prices are a different problem from inflation, and they require a different approach from government.

The political appeal of dressing up antitrust policy as inflation-fighting policy is obvious. Voters are indifferent to corporate concentration, but inflation makes them furious. But if people like me are right that the inflation spike will recede when (perhaps I should say if) the Covid pandemic goes away, or becomes less worrisome and therefore stops driving the economy, then what happens to Biden’s antitrust campaign? Why boost antitrust enforcement if wage and price increases are no longer out of control? The somewhat embarrassing answer will have to be that the inflation problem was never the real justification.

Look, I know that politicians alter policy rationales to fit changing circumstances. President George W. Bush was in favor of a massive tax cut because his predecessor, Bill Clinton, eliminated the deficit and as a consequence the government was keeping too much of the taxpayers’ money. But after Bush blew the deficit back up again, he pushed through two additional massive tax cuts because—I can’t remember the reason, actually. But it was terribly urgent.

“Be more like George W. Bush” does not strike me as a stirring rallying cry for the Democrats heading into the 2020 midterms. And anyway, there isn’t really anything Biden, or any president, can do to fight inflation unless he wants to impose wage and price controls, which Biden doesn’t, and neither does anybody else. The tools for fighting inflation reside at the Federal Reserve, and there’s no dishonor in Biden acknowledging that. Let Jerome Powell worry about inflation and free Biden to fight growing concentration of economic power for its own sake. No antitrust revival will last if it flies under a false flag. 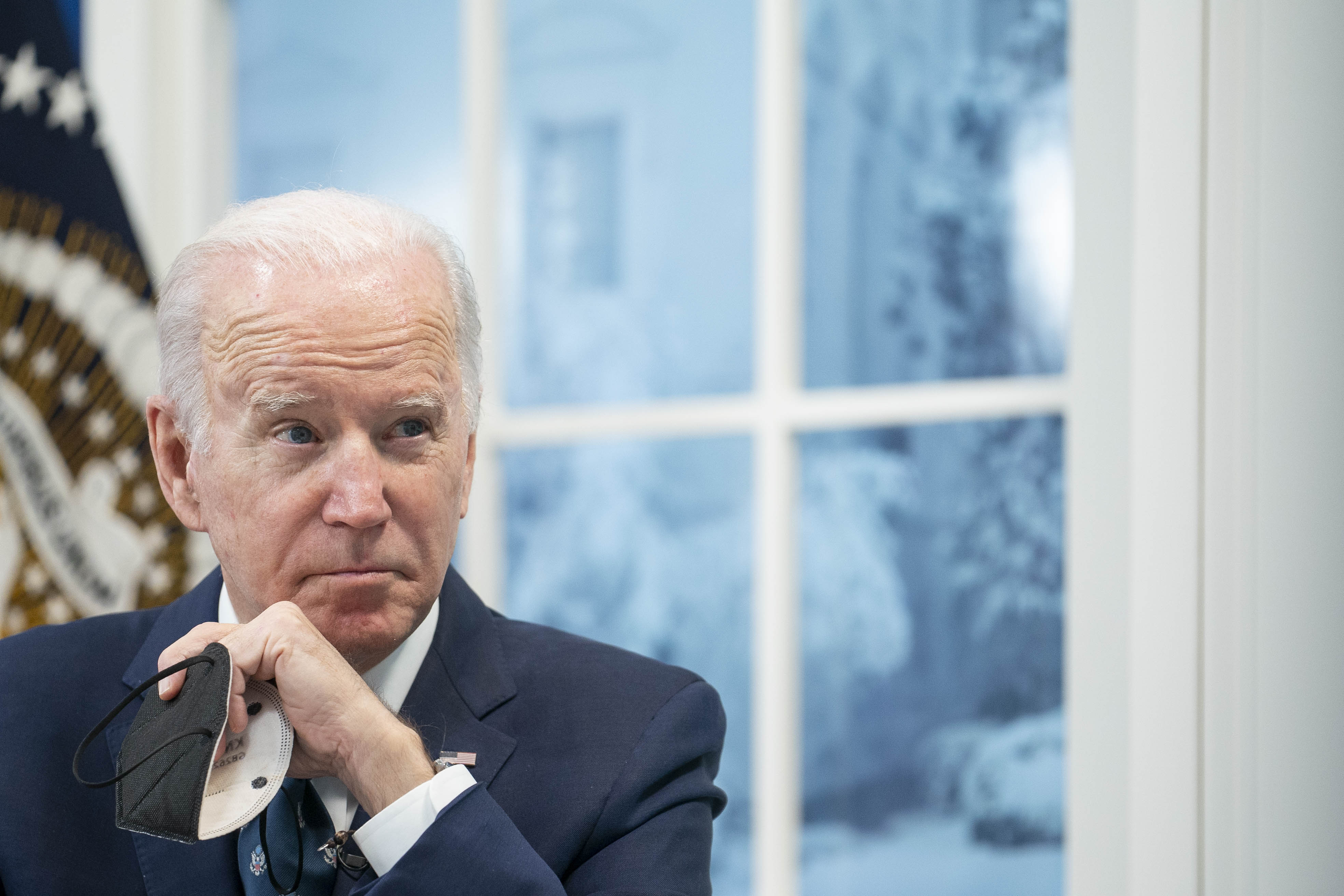 Can Biden and Democrats Rewrite the Procedural Rule Book?

"It didn't affect us at all. There is no stress that can drive a Ukrainian crazy," said Guennadi, a 65-year-old...

LONDON (Reuters) - British Prime Minister Boris Johnson will step up diplomatic efforts over the Ukraine crisis with a visit...

Published January 29, 2022 10:16am President Joe Biden said Friday he will soon send a small number of US troops...

The northeastern Ukrainian city of Kharkiv has drawn international attention since the country's president, Volodymyr Zelensky, signalled the threat of...

Can Biden and Democrats Rewrite the Procedural Rule Book?