Australia swamped by Omicron surge as pressure grows on hospitals

by blythe latson
in COVID-19
Reading Time: 2 mins read
A A
464
SHARES
1.8k
VIEWS
Share on FacebookShare on Twitter

Register now for FREE unlimited access to Reuters.comSYDNEY, Jan 11 (Reuters) – Australia’s COVID-19 infections hovered near record levels on Tuesday as a surge of infections caused by the Omicron variant put a strain on hospitals already stretched by staff isolating after being exposed to the virus.

After successfully containing the coronavirus for most of the pandemic, Australia has been swamped by the rapid spread of the Omicron variant after authorities eased mitigation measures as high vaccination rates were reached.

Australia has reported about 1.1 million cases since the pandemic began, with more than half of those in the last two weeks, including nearly 86,000 cases on Tuesday, with two states due to report later.

Register now for FREE unlimited access to Reuters.com”There is significant pressure in our health system,” the premier of Victoria state, Daniel Andrews, told a media briefing, adding about 4,000 hospital and 400 ambulance staff in the state were isolating due to virus protocols.

There are more people in hospital in Victoria and New South Wales, home to more than half Australia’s 25 million people and the worst-affected states by the virus, than at any time during the pandemic.

In all, about 4,000 people are in hospital with COVID-19 as of Tuesday, nearly double from a week ago. More than 92% of the population over the age of 16 have had a double dose of vaccine and a booster programme is picking up pace.

The number of patients in intensive care and the number of deaths are creeping up, with 25 new fatalities registered on Tuesday, with data from some states still not in.

Prime Minister Scott Morrison, facing pressure for his handling of the Omicron wave in an election year, has vowed to “push through” the outbreak and plans to ease isolation rules for asymptomatic workers in key sectors amid reports of bare supermarket shelves. read more 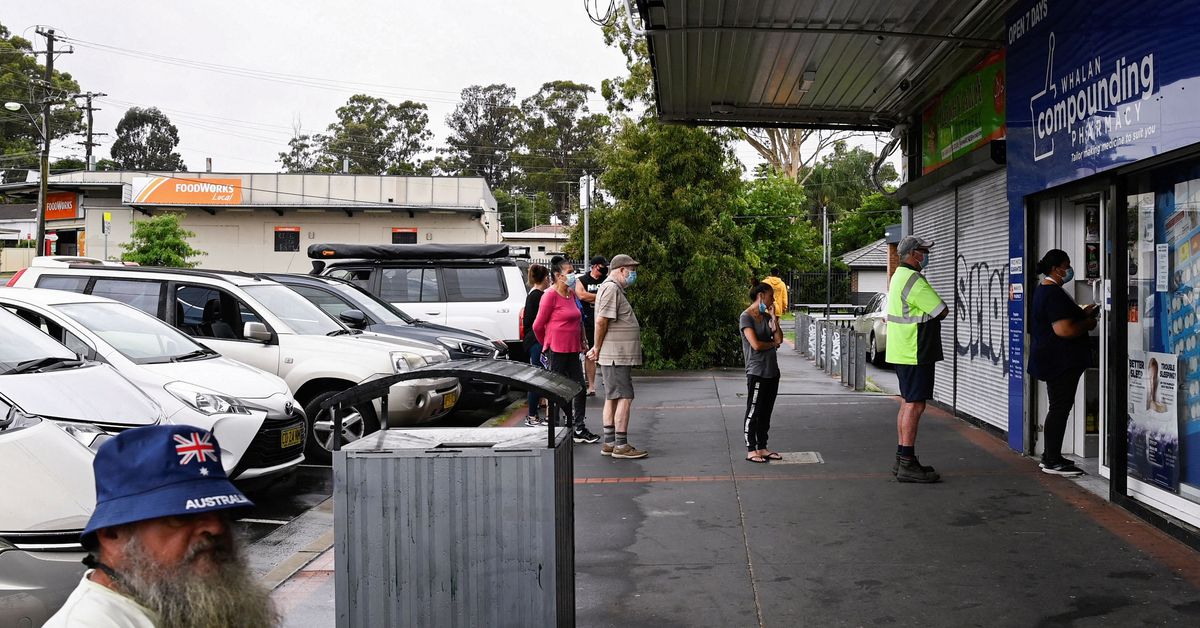