FILE PHOTO: Nicaraguan President Daniel Ortega and Vice President Rosario Murillo gesticulate during a march called “We walk for peace and life. Justice” in Managua, Nicaragua, on September 5, 2018. REUTERS / Oswaldo Rivas / File PhotoEstados Unidos and the European Union extended the sanctions against Daniel Ortega’s regime in Nicaragua on Monday, hours before the dictator assumes his fourth consecutive term in an inauguration rejected by the international community and the Nicaraguan opposition. Through an execution regulation published this Monday, the EU sanctioned Ortega’s daughter and son and five other people close to the regime, in addition to three institutions: the Nicaraguan National Police, the Supreme Electoral Council and the Nicaraguan Institute of Telecommunications and Post Office (Telcor). Shortly thereafter, the Office of Foreign Assets Control (OFAC) of the United States Department of the Treasury sanctioned six other officials. Among the officials sanctioned by the EU are justices Brenda Rocha and Cairo Amador, president and vice-presidents of the Supreme Electoral Council; Nahima Janett Díaz Flores, director of the Nicaraguan Institute of Telecommunications and Postal Services (Telcor), daughter of the director general of the National Police, Francisco Javier Díaz Madriz; Lumberto Ignacio Campbell Hooke, member of the Supreme Electoral Council and president of said entity in 2018; the Superintendent of the Superintendency of Banks and Other Financial Institutions of Nicaragua Luis Ángel Montenegro Espinoza, for being “responsible for the persecution of financial agents who opposed the policies of the Ortega regime, as well as for the control of the financial sector regime ”. The sanctioned president’s children are Camila Antonia Ortega Murillo and Laureano Facundo Ortega Murillo. The member states approved the sanctions, considering that the persons and entities affected committed “serious human rights violations” and having supported the “fraudulent” elections last November. “Telcor has been used by the Nicaraguan authorities to silence independent media, including three organizations of information agencies since 2018,” the EU said, adding that “as an institution in charge of executing the Cybercrime Law, Telcor has directed and carried out surveillance activities of civil society and the democratic opposition ”. The National Police was sanctioned for being “responsible for inflicting degrading treatment, including physical and psychological torture, on those who opposed the Ortega regime.” The EU also accuses the institution “of illegally imprisoning presidential candidates, civil society leaders, student and rural leaders or independent journalists, without legal or democratic guarantees.” The EU applied the first sanctions against Nicaragua in 2020 and in total they affect 21 people – including Ortega’s vice president and wife, Rosario Murillo, and another of his sons, Juan Carlos Ortega Murillo – and these three entities. None of them can enter community territory and all the goods and assets they have in the European Union have been frozen. The EU began to prepare this latest round of sanctions after the elections last November, which the Member States did not recognize as fraudulent, because the main opposition leaders are imprisoned. According to the high representative of the EU for Foreign Affairs, Josep Borrell, the elections were held without “democratic guarantees” because the Ortega regime “deprived” Nicaraguans of a “credible, inclusive, fair and transparent” vote. The United States sanctions six other officials Shortly after the EU announcement, the Office of Foreign Assets Control (OFAC) of the United States Department of the Treasury announced the sanctions against six other officials of the regime “The Ortega-Murillo regime continues subjugating democracy through sham elections, silencing peaceful opposition and holding hundreds of people as political prisoners. The United States and our partners are sending a clear message to President Ortega, Vice President Murillo, and their inner circle, that we continue to support the Nicaraguan people in their calls for the immediate release of these political prisoners and a return to democracy, “said the Under Secretary for Terrorism and Financial Intelligence, Brian E. Nelson. The six officials sanctioned this Monday by the United States are Bayardo Pulido Ortiz, who is general and head of the personal department and cadres of the Nicaraguan Army and a member of the board of directors of the Military Institute for Social Welfare (IPSM). Bayardo Ramón Rodríguez Ruiz, Major General and Chief of the General Staff of the Nicaraguan Army and member of the IPSM Board of Directors; Rosa Adelina Barahona, who is the Minister of Defense of Nicaragua and also a member of the IPSM board of directors; Celina Delgado Castellón, who is the deputy general director of TELCOR and a member of the board of the National Electricity Transmission Company (ENATREL); Nahima Díaz Flores, who was also sanctioned this morning by the EU; and Ramón Humberto Calderón Vindell, retired division general, former president of the board of directors of the Nicaraguan state oil company Petróleos de Nicaragua and president of the board of directors of ENIMINAS. Keep reading: 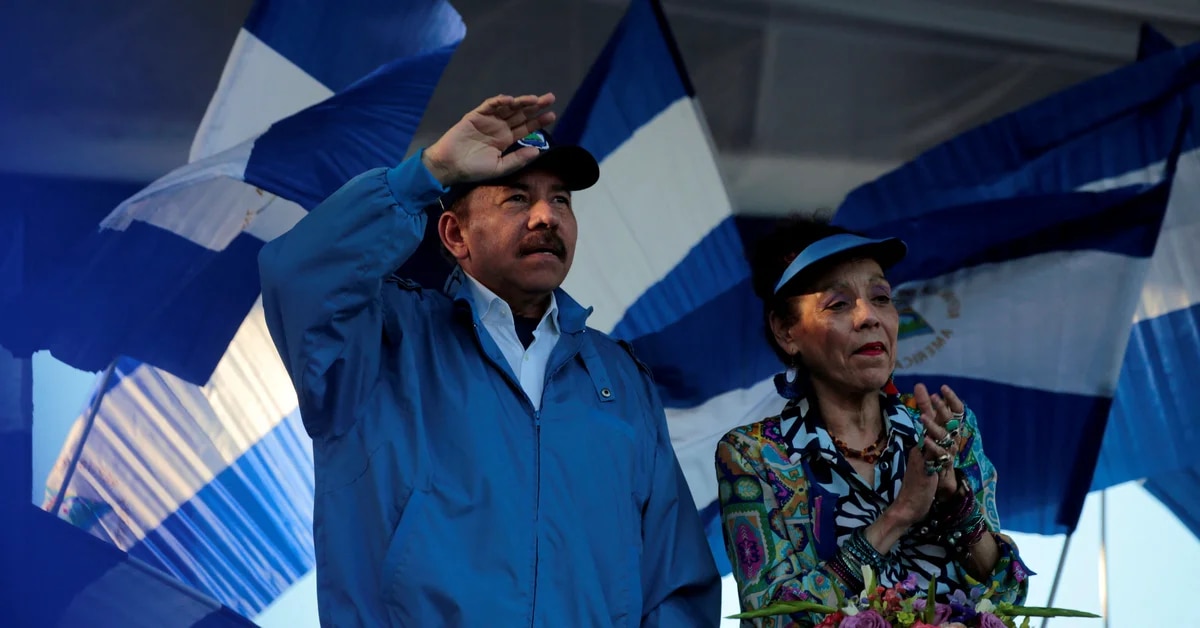