Covid-19 testing in the time of omicron: Everything you need to know

by michele lupo
in COVID-19
Reading Time: 4 mins read
A A
464
SHARES
1.8k
VIEWS
Share on FacebookShare on Twitter

With omicron infections surging around the world, many countries are changing their coronavirus testing guidelines to better deal with the new variant and the huge number of cases it is causing. Here’s what you need to know.

Can you test positive for covid-19 without being infectious?
Even if you have had three doses of coronavirus vaccine, a positive lateral flow test (LFT) result means you are infectious to other people because virus protein is present in large quantities in your nose or throat. For that, the virus must be actively multiplying inside your cells.

However, PCR tests continue to give positive results for days to weeks after an infection, because they can detect tiny quantities of the virus’s genetic material, which aren’t necessarily infectious.

How have testing rules changed?
Many countries have lessened their restrictions for people with covid-19 since the start of the surge caused by the omicron variant. In the UK, the isolation period for infected people has been cut from 10 days to seven – as long as you get a negative result on two LFTs, also known as rapid antigen tests. These must be done on days six and seven, and carried out at least 24 hours apart. People should remain cautious around others and avoid those who are vulnerable, though.

Could the isolation period be shortened further?
In the US, the isolation period has been cut to five days for people who have no symptoms or whose symptoms are on the wane, although you should still wear a mask around other people for a further five days. The UK Health Security Agency (UKHSA) says it has no plans to follow suit, and that the situation in the two countries is different. In the UK, the isolation “clock” begins on the day of a positive test or the first day of symptoms, whichever is first. In the US, it starts on the first day of a positive test and, because these can take several days to access, “day five” is likely to fall later on in the progression of an infection.

Why do some people still test positive on day seven even though they feel well?
Symptoms may not reflect how much virus is present in a person’s throat or nose – they could have replicating virus but no symptoms and vice versa. “There’s huge variation in the length of infection, and huge variations in viral load,” says Al Edwards at the University of Reading, UK.

How about confirmatory PCR tests?
In the UK, people who test positive by LFT will no longer need to take a follow-up PCR test, a temporary change coming into effect on 11 January. This is because background levels of covid-19 are so high – with about 1 in 15 people infected in the last week of December – that a positive LFT result is currently less likely to be false.

Does this mean we can just rely on LFTs now?
No. Anyone in the UK with covid-19 symptoms but a negative LFT result must still take a PCR test to rule out an infection, because LFTs have too high a rate of false negatives – telling someone they are covid-19 free when they really are infected – to rely on them if you have symptoms. There are several reasons why LFTs are prone to false negatives, including people failing to swab their nose or throat properly and failing to mix the swab well with the testing fluid, says Edwards. “LFTs are only able to detect large amounts of virus.”

Are false negatives more likely with omicron?
Opinions differ. The UKHSA says initial investigations suggest that LFTs are as sensitive to omicron as they are to the delta variant that was predominant in most countries until December, although it is continuing further tests. But the US Food and Drug Administration has said LFTs may be less sensitive at detecting omicron.

It is possible that LFTs that only involve swabbing the nose may be more likely to give false negative results for omicron, because some studies have suggested that this variant is more likely to reach high levels in saliva before it does in nasal mucus. One very small US study put online last week suggests that in omicron infections, virus levels peaked in saliva one or two days before they did in nasal mucus, although this analysis included only five people.

“Omicron might be exacerbating that differential, where you have your throat and your salivary specimens turning positive earlier,” says Michael Mina at US testing company eMed. A study from South Africa also found that saliva swabs were generally more sensitive than nasal swabs for omicron, whereas it is the opposite pattern for the delta variant.

Should we switch to using throat swabs over nasal swabs?
Opinions differ there too. In the UK, LFTs made by Innova instruct users to take throat and nasal swabs, while others only use nasal swabs. In the US, only nasal LFTs are available, so people are less used to taking throat swabs. “If at all possible, put your swab in both your throat and nasal cavities,” Deenan Pillay at University College London said at last week’s meeting of Independent SAGE, an independent group of scientists in the UK. “If the swabs are shorter, stick your fingers in more to get to the back of the throat.”

But Edwards says people should only use tests exactly as instructed. “If you change the way you use a test, it doesn’t meet the manufacturer’s requirements. [Lower levels in the nose] are probably not going to make that much difference to how accurate the tests are. Most people will be either not infected or will have tons of virus. We should stick to doing tests the proper way.” 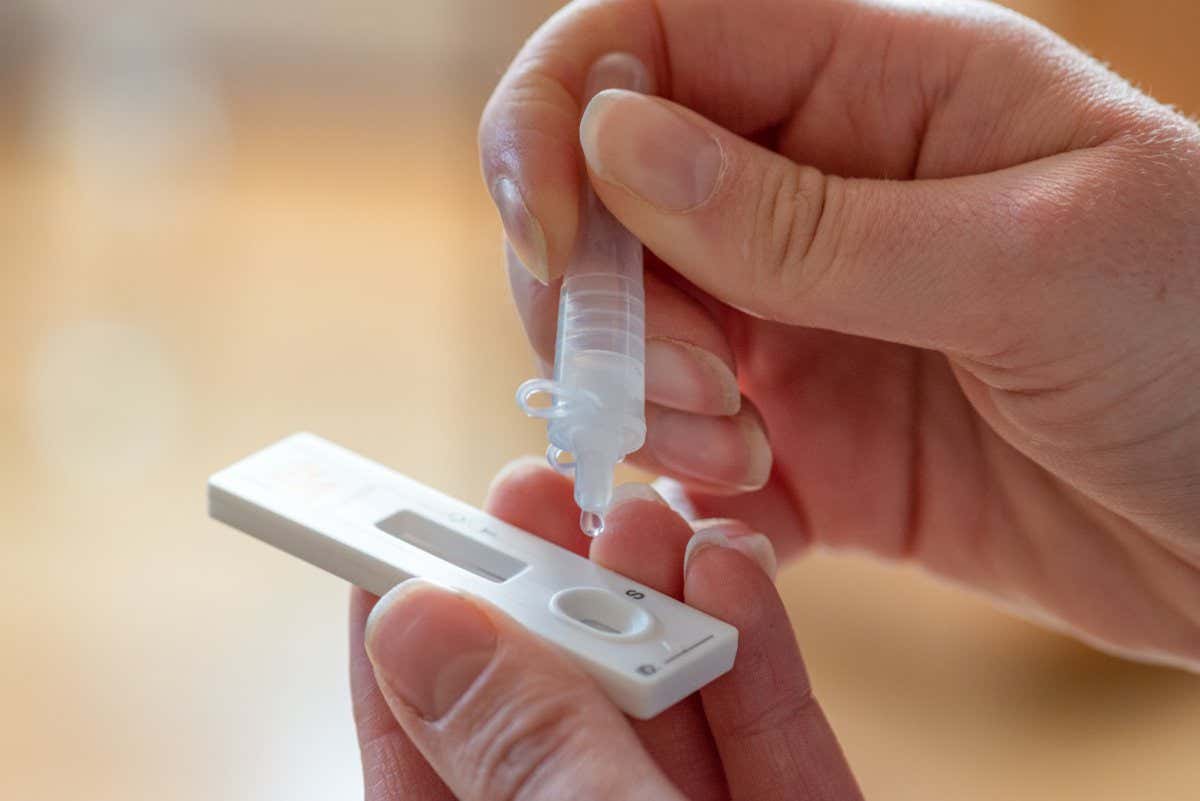