by rebecka center
in Africa News
Reading Time: 2 mins read
A A
464
SHARES
1.8k
VIEWS
Share on FacebookShare on Twitter

The third and final Test against South Africa is slated to be played in Cape Town from January 11-15.”Touchdown Cape Town,” BCCI tweeted the video of Team India`s arrival.

Cape Town: Team India on Saturday arrived here in Cape Town for the third and final Test of the series against South Africa.

The third and final Test against South Africa is slated to be played in Cape Town from January 11-15.”Touchdown Cape Town,” BCCI tweeted the video of Team India`s arrival.

South Africa had defeated India in the second Test by seven wickets to level the Test series 1-1. After the match, Team India head coach Rahul Dravid said that he is hopeful of seeing Virat Kohli return for the third Test.

Dean Elgar played a captain`s knock scoring an unbeaten 96 to take the hosts to a 7-wicket win levelling the 3-match series 1-1 against India. After the rain interruption, the play finally started on the penultimate day of the Test match where South Africa resumed the day with an overnight score of 118/2. Elgar and Bavuma comfortably took South Africa home with the captain fittingly scoring the winning run 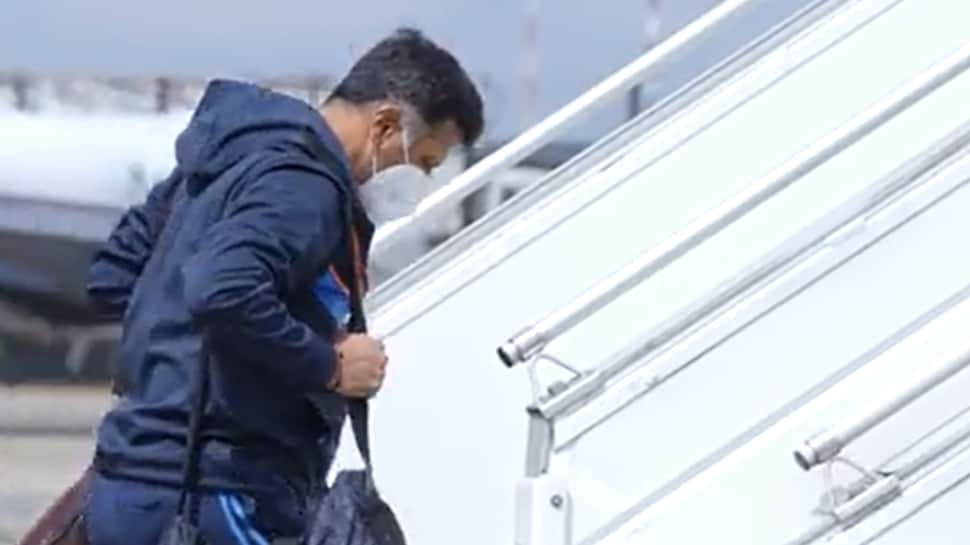