U.S. Willing to Strike Deal With Russia Over Missiles And Military Exercises as Ukraine Crisis Deepens

by w.j. hennigan
in World News
Reading Time: 5 mins read
A A
464
SHARES
1.8k
VIEWS
Share on FacebookShare on Twitter

When U.S. and Russia negotiators meet next week for diplomatic talks, the Biden Administration says it is willing to discuss the scope of European military exercises and the deployment of missiles on the continent, but not reducing the more than 70,000 American troops stationed there.

“Russia says its security is threatened by U.S., and NATO exercises as well,” a senior administration official told reporters on Saturday on the condition of anonymity. “So we’re willing to explore the possibility of reciprocal restrictions on the size and scope of such exercises, including both strategic bombers close to each other’s territory, and ground-based exercises.”

The comments came ahead of U.S.-Russia’s diplomatic talks beginning Sunday night that aim to deescalate tensions in eastern Europe. Nearly 100,000 Russian troops have massed on the nation’s border with Ukraine, stoking fears of a possible invasion. Analysts say the deployment could be the largest Russian troop build-up in Europe since the Cold War, which President Vladimir Putin has tried to use as leverage against U.S. to reduce troops, weapons and influence along his borders.

Putin invaded Georgia in 2008 and Ukraine in 2014. Communication between the U.S. and Russia—nations commanding the world’s two largest nuclear arsenals—has been limited ever since. Talks were further curtailed when American intelligence agencies uncovered that the Kremlin engaged in a multi-pronged campaign to meddle in 2016 U.S. presidential elections.

The upcoming talks present the best opportunity in years in which the U.S. and European allies could begin to forge diplomatic agreements with Russia on a range of issues. On Monday, Deputy Secretary of State Wendy Sherman will lead the U.S. delegation and meet in Geneva with Russian Deputy Foreign Minister Sergei Ryabkov who heads the Russian effort. The next day, Sherman will brief NATO allies in Brussels and on Wednesday she’ll lead the U.S. delegation in the first meeting of the NATO-Russia Council that Russia has accepted since July 2019.

U.S. Secretary of State Antony Blinken said Friday that Russia was creating a “false narrative” as pretext for the current crisis and warned that Putin could try to start a war over a lie. “No one should be surprised if Russia instigates a provocation or incident, then tries to use it to justify military intervention, hoping that by the time the world realizes the ruse, it’ll be too late,” Blinken told reporters. “The idea that Ukraine is the aggressor in this situation is absurd.”

He cautioned Russia of “massive consequences” should it invade. He stopped short of threatening U.S. military action but promised sweeping economic sanctions and added military support to Ukrainian forces. “We’re prepared to respond forcefully to further Russian aggression. But a diplomatic solution is still possible and preferable if Russia chooses it,” Blinken said. “That’s what we, together with our allies and partners, will continue to pursue intently.”

Last month, the Russian Foreign Ministry published two lengthy draft treaties that listed what Moscow wants from the U.S. and its allies. Russia is effectively seeking to erase the past 31 years since Soviet Union’s collapse, which resulted in Estonia, Latvia, Lithuania and other former Soviet bloc nations joining NATO and handing the U.S. several allies on the Kremlin’s doorstep. The draft treaties call for an end to NATO’s eastward expansion and the U.S. military’s ties with Ukraine and other former Soviet nations.

Putin’s concern stems from American assurances after the Berlin Wall fell that the U.S. wouldn’t expand into Moscow’s neighborhood, perhaps most famously with Secretary of State James Baker’s promise of “not one inch eastward.”

Nonetheless, much on Moscow’s current list of demands were “non-starters,” Blinken said after a virtual meeting with NATO foreign ministers Friday. Because Ukraine is not a NATO member, Washington does not share treaty obligations with the government in Kyiv, but the Biden Administration provided $450 million in military aid last year as well as sharing advice and intelligence. There have been calls for stronger U.S. support to serve as a deterrent against a possible invasion. But critics fear sending sophisticated U.S. arms to a conflict on Russia’s border would worsen Washington’s already precarious relations with Moscow.

However, Blinken made clear there were areas where the two nations could make diplomatic headway. Putin publicly raised the possibility of the U.S. installing missiles in Ukraine, which President Joe Biden isn’t considering, administration officials say. The two draft treaties Russia released both proposed limits on intermediate and short-range missiles.

In 2019, the Trump Administration withdrew from the landmark Intermediate-Range Nuclear Forces (INF) Treaty, citing Russia’s own abrogation of the agreement. The 1987 treaty came about during the Cold War, when the United States and Soviet Union would manipulate each other’s nightmares of nuclear annihilation in order to maneuver for advantage in times of relative peace. The superpowers scrapped 2,600 land-based missiles with ranges 310 to 3,420 miles—weapons considered destabilizing to the European continent because of their capability to launch a nuclear strike from anywhere without early warning.

When the agreement nullified, it reopened an era when ballistic and cruise missiles could be deployed throughout Europe with Russia and NATO allies targeting each other’s capitals. “Russia has also expressed an interest in discussing the future of certain missile systems in Europe, along the lines of the INF treaty, which Russia violated and the previous U.S. administration withdrew from,” the senior administration official said. “We are open to discussing this possibility.”

Putin has specifically accused the U.S. of seeking to place missiles in Ukraine. “As President Biden told President Putin: ‘The United States has no intention of doing that,’” the official said. “So, this is one area where we may be able to reach an understanding if Russia is willing to make a reciprocal commitment.”

The White House also indicated a willingness to discuss where and how its military drills take place, particularly in the Baltic states where Russia has often complained about the movement of weapons and troops. The administration is not willing to pull back its presence in Eastern Europe, however, where around 6,000 U.S. forces are deployed. The U.S. currently maintains about 4,000 troops in Poland on a rotational basis, including an armored brigade combat team.

That deployment started after Moscow’s annexation of Crimea, part of NATO mission to establish a bulwark against possible Russian aggression on the alliance’s eastern flank.

Shonda Rhimes Already Knows What You’re Going to Watch Next How Donald Trump Turned Jan. 6 into a Windfall Why 2022 Is the Year We Learn to Live With COVID-19 Public Schools Are Struggling to Retain Black Teachers. These Ex-Teachers Explain Why CDC Director Rochelle Walensky Faces a Surging Virus—And a Crisis of Trust How Addictive Social Media Algorithms Could Finally Face a Reckoning in 2022 The Supreme Court Could Let Religious Schools Take Taxpayer Money. Former Students Say That’s a Mistake
Write to W.J. Hennigan at [email protected] 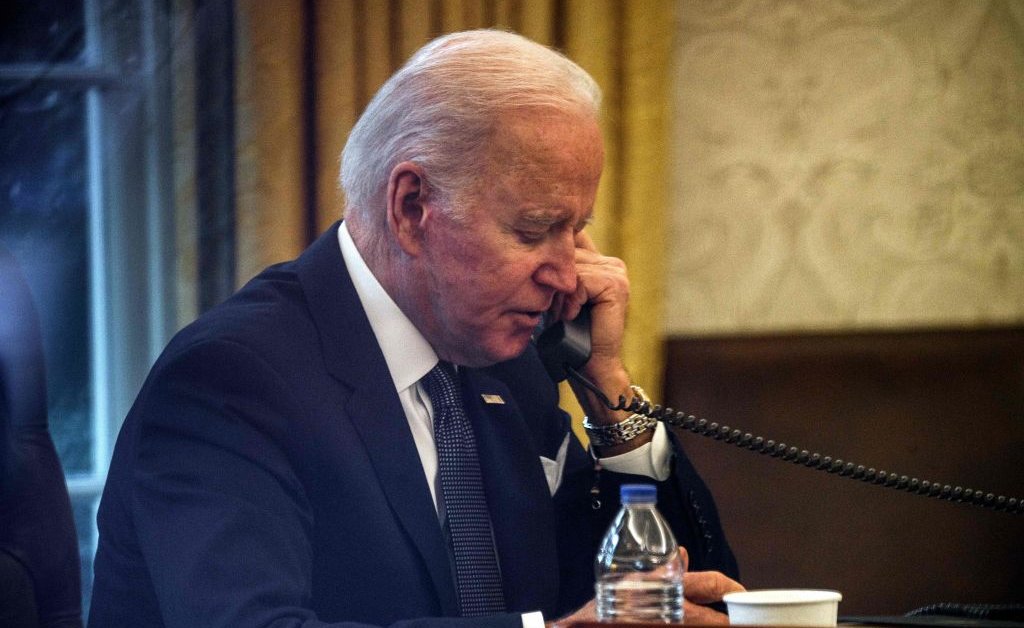