by johnathon schildgen
in Africa News
Reading Time: 4 mins read
A A
464
SHARES
1.8k
VIEWS
Share on FacebookShare on Twitter

In real life, Professor Balthazar is one of South Africa’s foremost legal minds. He chooses to remain anonymous, so it doesn’t interfere with his daily duties.

The publication of the report, after some vacillation from the Presidency about making its contents public, is the only good news. Its contents reveal a scale of corruption that has not simply deferred the dream of a better life for millions suffering on the margins of survival, but possibly destroyed any fulfilment of the constitutional promise of a society based on equality, freedom and dignity for all.

Much ink has already been employed to describe the details of the first report. There is no need to repeat the excellent coverage, particularly as published in Daily Maverick, so let us look at the implications.

Arguably, the most devastating implication to be drawn from the report is the systematic manner in which the SA Revenue Service (SARS) was incapacitated. Jacob Zuma met Vittorio Massone from Bain & Company about 17 times. These discussions were not tea-drinking social occasions. They were aimed at Bain, in effect, providing advice as to how SARS, under the leadership of Tom Moyane (of whose appointment Bain knew months before Moyane took over the reins at SARS), could dismantle a world-class tax collecting agency, ironically rebuilt to this level of excellence under previous ANC administrations.

The object was clear: to ensure that criminal activity would be unimpeded by SARS.

As expected, Bain has responded with the claim that it held no intent to destroy SARS, but that is to miss the point, even if correct. As the Zondo report makes clear, Bain had no expertise in relation to tax agencies (in particular, the Bain personnel who worked on the project had no knowledge, or experience, of tax collecting agencies) nor any justifiable aim to recommend the dismantling of key SARS structures. That Massone’s explanation for the 17 meetings was roundly rejected by Justice Zondo adds to the case against Bain.

On the basis of the commission’s findings, the relevant members of Bain should most certainly be subjected to intensive criminal investigation. But if Bain should be so subject, how much more Zuma and Moyane?

Leave aside the minor charge of perjury, which on the scale of Moyane’s overall contribution is but a footnote to his culpability. The National Prosecuting Authority (NPA) needs to prioritise the case of SARS v Moyane as it must that against Zuma. Let’s be clear: a commission led by the now most senior judge in the country has found that these men conspired to destroy SARS with the aim of weakening the ability of the state to curb criminal activity.

How much more incentive is there to prosecute a carefully constructed case?

In light of these recommendations, the government, even within the context of its austerity policy, must surely provide SARS with significant additional funds to ensure its restoration (which manifestly has already begun in earnest) and more so: to target the rogues’ gallery listed in the Zondo report and thus already found to be heavily implicated in State Capture.

A significant part of the report is devoted to the demise of SAA under the “leadership” of another key ally of Zuma, Dudu Myeni. It is truly a damning indictment of conduct by Myeni and her cronies that effectively destroyed the national carrier. Much of the broad case against Myeni has been well known, at least for almost two years; that is following the judgment of Judge Ronel Tolmay in which she held Myeni to be a delinquent director. The country is certainly entitled to ask the reasons for the Hawks’/NPA’s somnambulism for almost two years. In turn, this raises levels of anxiety that the law enforcing agencies will again do little to pursue cases which on the basis of the Tolmay judgment and the broader scope of the Zondo findings seem to be prosecutorial low-hanging fruit.

It would be a desperate irony if the degradation of the NPA and Hawks by way of similar forms of State Capture by the Zuma regime bore the consequence that the Zondo recommendations meet the same fate as those of the Truth and Reconciliation Commission concerning apartheid crimes. It is here that the expertise of the private legal profession and forensic accountants are needed to bolster the capacity of the prosecution teams.

Talking of the private sector, it is not only Bain that is in the dock. The report implicates, either directly or indirectly, a range of private institutions, including at least one bank. We also know the nefarious role played by certain accountancy firms in the overall State Capture saga. In short, State Capture extends far beyond Zuma, the Guptas, Myeni and Moyane.

A significant theme that emerges from Part One is the effect of so-called cadre deployment. As Zondo was being digested by the public, reports emerged of ANC cadre deployment committee meetings. Attention was focused, for example, on judicial appointments. Readers should not be so naïve to expect that only ANC representatives on the Judicial Service Commission consult their party colleagues.

The core problem is this: if the ANC deployment committee selects its candidates for appointment to the Constitutional Court, the Deputy President of the Supreme Court of Appeal, as reflected in the minutes, or the new Chief Justice, can it really be expected that the head of the party still exercises an independent decision as required constitutionally of the president or does he as a loyal party member follow the party committee’s choices? Read here. 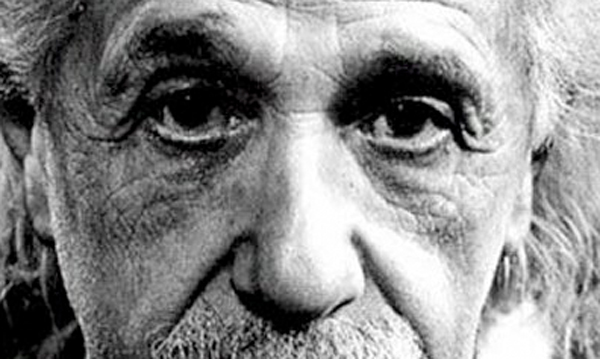 OPINIONISTA: What next for South Africa after the Zondo report has been made public?