by john timmer
in World News
Reading Time: 3 mins read
A A
464
SHARES
1.8k
VIEWS
Share on FacebookShare on Twitter

Should I stay or should I go? —

Do existing regulations apply, or must Congress step in?

Enlarge / The US Supreme Court building in Washington, DC.

On Friday, the Supreme Court heard arguments in two cases that could severely limit the federal government’s ability to set public health policy during the pandemic. At issue is whether existing health and safety authority given to federal agencies by Congress is broad enough to cover the pandemic or whether Congress needs to step in and explicitly authorize the agencies’ actions.

The arguments occur as the US sees an unprecedented surge in COVID-19 cases. Indeed, two of the state lawyers arguing against these new public health measures were caught up in that surge and had to participate in the hearings remotely.

For and against
Two separate cases are being heard today, both regarding executive actions taken by the Biden administration. The first case involves a rule, issued by the Department of Health and Human Services (HHS), covering all health care workers at facilities that accept Medicare and Medicaid. The rule requires these workers to be vaccinated unless they are exempted on medical or religious grounds. The second case involves a vaccine-or-test mandate issued by the Occupational Safety and Health Administration (OSHA); the mandate would apply to any businesses with 100 or more employees.

The HHS rule is currently on hold due to lower court rulings. But OSHA’s rule could be enforced as early as Monday, since the highest court to rule on the measure has lifted any stays imposed by lower courts.

The government argues that Congress gave the executive branch agencies the right to issue these rules. In the case of HHS, Congress allowed the agency to set minimal standards that medical facilities have to meet in order to protect the health and safety of patients. OSHA was similarly given the ability to issue emergency rules to prevent employees from being exposed to workplace hazards.

The two new rules, however, have been opposed by a number of US states and business groups. A complicated set of partly overlapping lawsuits are making their way through lower courts right now; at issue is whether the new rules should be put on hold while these cases are decided. To do that, opponents of the new rules must convince the Supreme Court that they are likely to prevail when the cases are ultimately decided.

Those opposed to the new public health measures argue that the Court’s “major questions doctrine” applies—meaning that administrative agencies can’t adopt significant policy changes based on vague language in existing laws; they need specific guidance from Congress to do so. Opponents argue that the regulatory authority Congress has given to agencies was meant for applications other than a virus, so new, explicit authorization is required.

Separately, opponents also argue that enforcing either rule would cause many employees to quit, disrupting businesses and healthcare. Since the exact opposite has been seen when private employers and hospital systems have issued their own mandates, this argument seems unlikely to carry much weight.

Split decision?
The OSHA rules for private businesses were given a longer hearing, and they seemed to attract more skeptical scrutiny. Although this may be a product of their different status—the OSHA rules are currently allowed to go into effect—it was also clear that the conservative justices were leaning towards declaring the issue of vaccine mandates for general employment a “major question” that would require new Congressional action.

In contrast, there was far less skepticism of the HHS’s legal grounds for setting medical safety standards. Even one of the state attorneys general arguing against the new rule admitted that the government had the ability to set standards for preventing other diseases, and the issue was simply one of whether vaccines were within that established remit. Meanwhile, Justice Kavanaugh highlighted the fact that it was state officials, rather than the healthcare facilities that would be regulated, that were objecting to the policy.

With the arguments complete, the only question left is how quickly the court will rule. While the hearings took place on an expedited schedule, OSHA is currently ready to enforce its rule as early as next week, which leaves a short window for the Supreme Court to intervene before businesses around the country need to act. 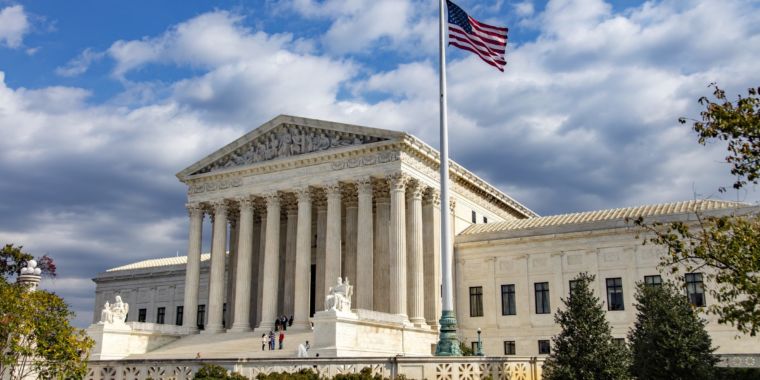