by eyaaz
in Africa News
Reading Time: 6 mins read
A A
464
SHARES
1.8k
VIEWS
Share on FacebookShare on Twitter

There is something unsettling about the shift in the global economic and political order. Three things are clear: global solidarity is a chimaera, democracy is amorphous and the rule-based international order is an ass. Well, at least as far as the continent of Africa, her people and their livelihoods are concerned.

The sooner African leaders wake up to the fact that there will never be a cavalry sent to salvage the troubled continent from the marauding horsemen of disease, poverty, deceit and war the better it shall be for prospects of Africa’s renaissance.

A great deal of the world system and the survival of nations is determined by chequered and undemocratic political systems largely influenced by the whims of “democracies” that don’t know nor truly care about Africa.

Africa, and the rest of the world, is in the throes of a deadly global health crisis.

Tellingly, the Covid-19 pandemic and the ensuing global economic hardships have peeled away any veneer of solidarity among nations. Wealthier nations, true to their paternalistic nature and attitude towards Africa, have not been credible partners as they scrambled to secure and hoard scarce Covid-19 test kits, therapies and vaccines for themselves.

The pandemic has exposed the duplicity, greed and bureaucratic inertia of wealthier nations that have largely left Africans to their own fate in fighting Covid-19. This was despite pledges made to ensure equitable access to requisite tools to fight the pandemic.

African leaders seem to have forgotten that, in an emergency, before one helps others, it is advisable that one first helps oneself. One can’t imagine a more apposite application of this adage than during a pandemic. Wealthy nations are acting as they should.

As the global transition from fossil fuels to a renewable energy system gains impetus, increased demand for base minerals and precious metals has triggered a spike in major countries’ interest in Africa.

New estimates by the African Development Bank suggest that the continent’s infrastructure needs amount to $130–170-billion a year, with the infrastructure funding gap pegged in the $68–$108-billion range.

Despite traditional institutional investors having more than $100-trillion in assets under management globally, a miniscule portion of this is directed towards ameliorating Africa’s annual infrastructure investment gap.

But, while multilateral development funding agencies often insist on attaching policy reforms as conditions to their loans and financial aid, China’s laissez-faire foreign policy has propelled it into being the continent’s largest lender and top trading partner since 2009. China has infrastructure projects in all African countries except in eSwatini.

Much of modern China’s meteoric growth is driven by state-owned enterprises and under President Xi Jinping, the Communist Party has become the ultimate authority in business and politics. This has enabled China to alter Africa’s political biases as well as grow influence over the continent through trade and foreign aid diplomacy. And for this, China has elicited resentment and stands accused of colonising Africa through sleight of debt.

There is no gainsaying that China has contributed significantly to the economic growth of some of Africa’s poorest nations. It has readily availed competitive funding and expertise for infrastructure projects with long and innovative pay-back terms that traditional Western agencies would be reluctant to provide. But onerous funding terms have proven to be double-edged swords for some of the heavily-indebted, defaulting nations.

To most African kleptocrats’ apparent delight, China’s policy of non-interference in internal affairs of nor attaching policy reform conditions on its infrastructure investments in African countries has, as expected, made China a big hit notwithstanding the mostly non-equitable structure of the trade deals which are usually skewed in its favour.

President Joe Biden, on a mission to counter China’s rising hegemony, seeking to pivot the US from his predecessor’s unorthodox, impulsive, unilateralist and confrontationist foreign policy, recently convened a virtual Summit for Democracy. What an irony that Angola, Iraq and the Democratic Republic of the Congo, countries that Freedom House classifies as undemocratic regimes, were invited to attend while China, Russia and Nato ally Turkey were sidelined.

This rankled China which, seeking to counter Biden’s initiative ahead of his summit, unfurled its one-party model of “socialist democracy with Chinese characteristics” and “a whole-process democracy”. In a paper entitled China: Democracy That Works, China assailed “US-style democracy”.

Neither the US nor China has the moral authority to lecture the world about democracy, never mind impose their forms of democracy on anyone. The more the US and China extolled their democratic idealisms, the more they helped unmask their self-serving global agendas and moral dyslexia.

Africa must first look at itself before it could look to the US or China as models for democratic practises or a helping hand. But African leaders continue to aid and abet developed countries in their own ill-treatment and plunder of Africa while modelling themselves on Europe without the requisite political conviction.

The African Union, a pan-Africanist organisation modelled on the European Union that strives for the political and economic integration of African nations, attempts to build institutions that would advance its objectives.

As support to the AU, China built and donated the AU headquarters in Addis Ababa. It was discovered years later that Chinese telecommunications giant Huawei facilitated spying at the building. This should not have been surprising because China’s intelligence laws legally oblige Chinese companies and citizens to “support and cooperate in national intelligence work”. The AU seemed nonplussed by this affront by China.

If there are lessons to learn from this episode, it is that there’s no free lunch and African leaders must keep critical infrastructure including rail, road, ports, telecommunications, energy, and food production systems out of Chinese influence and control.

While the EU imposes stringent political, economic and country governance pre-qualifying criteria, membership of the AU only requires that a country be geographically located in Africa and be voted in by a simple majority of existing member states.

For the first decade of the new millennium, the industrialised world pledged financial support for the AU’s New Economic Partnership for African Development (Nepad) initiative which was established in 2001.

A key contributory factor to Nepad’s failure is that despite publicly promoting the ideals of good governance and democracy, it failed to enforce these in the wake of violations over the years. For instance, leaders of Zimbabwe, Zambia, the DRC and Madagascar violated Nepad’s foundational values of respect for human rights and elections integrity with impunity.

Agenda 2063, the AU’s subsequent “blueprint and master plan for transforming Africa into the global powerhouse of the future”, resembles a repainted Nepad jalopy. But unlike Nepad, through the more nuanced African Continental Free Trade Agreement (AfCFTA), demands an even more rigorous and coherent strategy and implementation.

But lax membership criteria, widespread venality, poor enforcement of peace and security frameworks, and a farcical African peer review mechanism, which engenders mollycoddling of autocrats in its ranks, will continue to bedevil a rudderless AU best described as a smorgasbord of lackadaisical and strange bedfellows.

Just as in 1884, the scramble for recolonisation of Africa has, arguably, gained traction. As former US president John Adams once said: “There are two ways to conquer and enslave a country. One is by the sword. The other by debt.” On whether China’s benevolence to Africa constitutes neocolonialism and slavery, the jury is still out.

It is fitting to quote recently departed Archbishop Desmond Tutu as he wisely counselled: “There comes a point where we need to stop pulling people out of the river. We need to go upstream and find out why they’re falling in.”

It is common cause why African countries keep falling into the debt trap river, struggle to vanquish the horsemen, languish in developmental targets, and risk imploding. To reverse course, African leaders must coalesce “upstream” to invest in joint bellwether, advanced industries that’ll help propel industrialisation. They must commit to an irrevocable and legally enforceable compact that would dissuade extractive investments and strive for increased beneficiation of the precious metals they are endowed with.

With scientists predicting even more pathogenic threats in the future, this presents an opportunity for African countries to invest in the development of vaccines and related products instead of guilting wealthier nations into surrendering their intellectual capital to them.

Such a paradigm shift would not only help break the pattern of wealthy nations’ entrenched patterns of paternalistic praxis in their dealings with Africa but also inspire and assure Africa’s future. 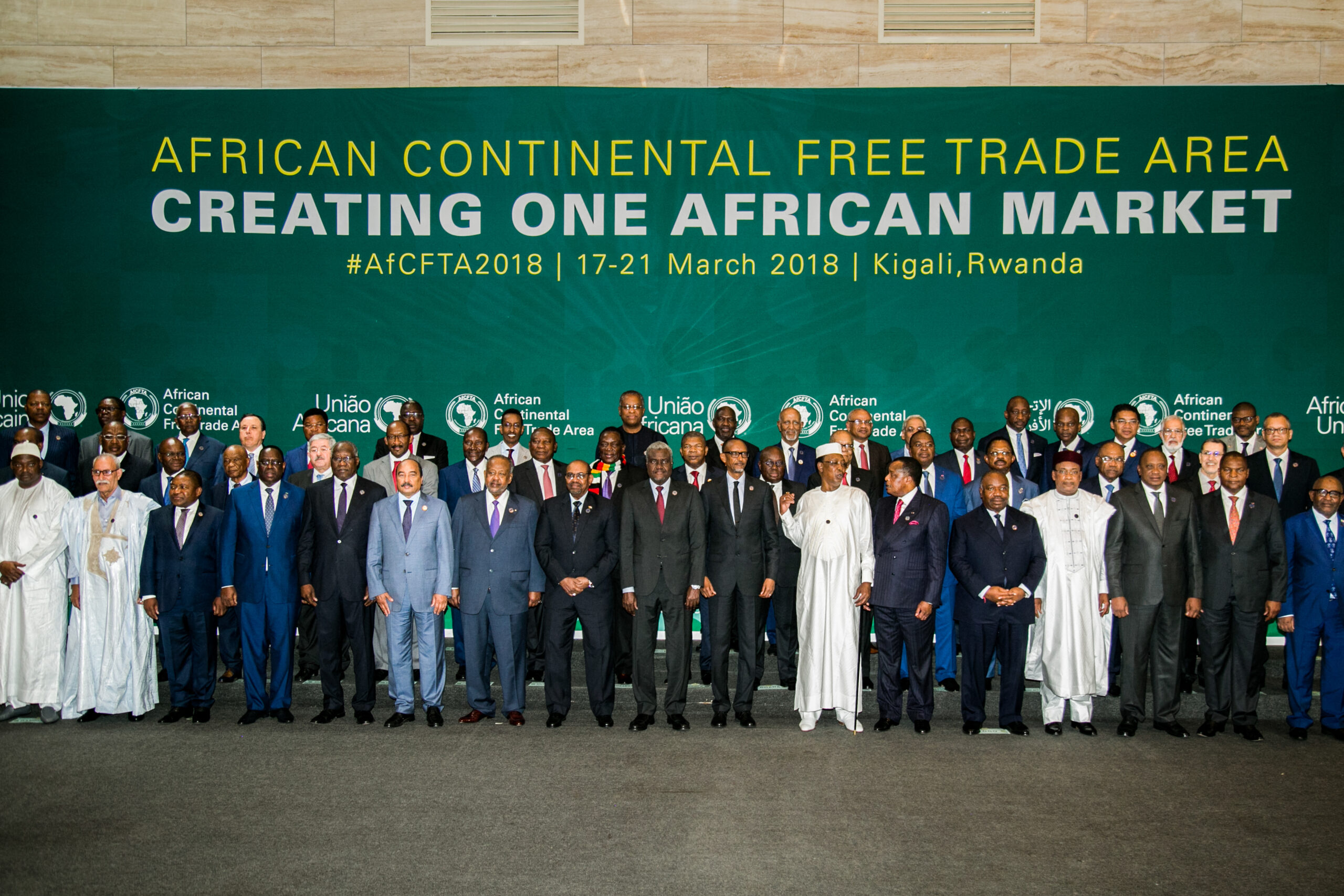