by solace chukwu
in Africa News
Reading Time: 2 mins read
A A
464
SHARES
1.8k
VIEWS
Share on FacebookShare on Twitter

All you need to know about the Scorpions of Gambia ahead of AFCON 2021.

For the neutral, debutants are easy to latch on to. This is even more so the case when, as with Gambia, success has been achieved after a long, deliberate quest.

The Scorpions have had a number of factors converge at the same time: stronger organisation, a well-travelled – if somewhat polarising – manager and a crop of talent playing in some of the best leagues in Europe. All of these have coalesced into a historic Africa Cup of Nations (AFCON) qualification, and there is the sense that this is only the start of something special.

Remarkably, despite barely squeezing through the preliminary round of qualifying, Gambia finished top of Group D, ahead of Gabon on goals scored, to reach Cameroon. In what turned out to be the tightest qualifying group, home and away wins over Angola (who, ironically, edged them out of World Cup qualifying) made the difference.

Gambia’s engagements in 2021 took in friendlies exclusively, with six matches split evenly between wins and losses. Per FIFA’s ranking for December, Gambia are the lowest-ranked team in the competition: 150th in the world and 46th in Africa.

This is the Scorpions’ first-ever appearance at AFCON, even though it first entered the qualification process in 1976.

The coach and tactical approach

Belgian Tom Saintfiet is a stickler for tactical discipline and organisation, and will make sure you know about it first chance he gets. He has been in charge of Gambia since 2018, and while some think of him as a snake oil salesman and chew him out for being defensive, what is undeniable is that he gets results.

His preference is for a 4-2-3-1 that is about keeping things tight and attacking quickly, often with long, direct play into the final third. Hardly cutting edge, but considering Gambia’s most talented players are in the attack and they have decent defensive options, it has proven quite effective.

A team like Gambia will always need flair to turn their minimalist approach into good chances. Thankfully, in Musa Barrow, they have a talented forward who can play all across the front three, possesses great skill in tight spaces and has a penchant for the unexpected. His form with Bologna in Serie A is also worth noting, and should bode well for the Scorpions’ prospects in Cameroon.

At the back, Sampdoria’s Omar Colley is an uncompromising marker on whom the side’s defensive architecture will rest. Sulayman Marreh’s gargantuan stride, anticipation and power aid his powers of interception, and his distribution is effortless and varied in its execution.

Not for nothing has Ebrima Darboe gotten the attention of Jose Mourinho at Roma. the 20-year-old. Originally an attacking midfielder, he is playing a deeper role these days, and Gambia could use his metronomic passing ability if they wish to emphasise a shorter passing style.

Gambia have not had the best preparation, which is a shame as it places even greater strain on their chances of doing themselves justice. Getting a point off Mauritania, if they can manage it, would at least endure their tournament debut is not a complete write-off. 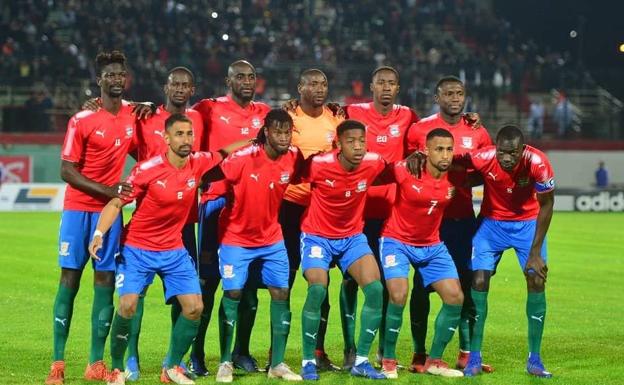 Osinbajo To Represent Nigeria At ECOWAS Summit In Ghana