by buffy guillemette
in Africa News
Reading Time: 4 mins read
A A
464
SHARES
1.8k
VIEWS
Share on FacebookShare on Twitter

Johannesburg: A gutsy Dean Elgar was happy to shun elegance for efficacy as he steered South Africa to a creditable seven-wicket series-levelling victory in the second Test against India here on Thursday.

The defeat was India’s first at the Bull Ring in 30 years.

Chasing a target of 240, skipper Elgar, who was prepared to look ugly and forgettable in terms of aesthetics that one generally associates with southpaws, carried his bat through with an unbeaten 96 to set up an exciting final Test at the Newlands in Cape Town starting January 11.

The series is now leveled at 1-1. #TeamIndia will bounce back in the third Test. _ _ #SAvIND

If Aiden Markram and Keegan Petersen gave him good support on the third day, Rassie Van der Dussen (40), with an 82-run stand, ensured victory on a rain-soaked fourth day marking an inauspicious start to India captaincy for KL Rahul, who is supposed to be groomed for future leadership.

Elgar had soaked in all the pressure and hostility in the third evening, which had literally blunted the Indian attack and Mohammed Siraj’s injury in a tricky chase became a huge factor.

The Proteas skipper had taken a couple of blows on the head, a few on the chest, another few on the knuckle, one on the shoulder, all of which were like badges of honour for a batter who conforms more with “Shivanarine Chanderpaul School of Batsmanship” rather than Brian Lara’s.

No amount of lip service could unnerve Elgar as he smirked, smiled and went about his business leaving the visitors even more frustrated.

__ Captain Dean Elgar’s unbeaten 96 was the mainstay of the #Proteas chase as he showed plenty of fight and grit to get his side over the line and level the #BetwayTestSeries#SAvIND #FreedomTestSeries #BePartOfIt pic.twitter.com/uez5t7RRqZ

For posterity, when one remembers this Test match, it will be very difficult to remember any of his 10 boundaries but one won’t be able to forget the game either simply because of an exhibition of how to crush the pain barrier which seemed to be ingrained in Elgar’s DNA.

In hindsight, 50 more runs would have helped India immensely and while the bowlers had one rare bad innings in office, the blame should be squarely on the batters who haven’t exactly set the stage on fire for a long time save for a few good individual performances.

In fact, it has been more about good starts over the past season save the second innings of this match. In the final context, the lowly first innings total of 202 became India’s undoing.

Cheteshwar Pujara, during the post-play media interaction on the third day, had spoken about the first hour being helpful for batting but he hadn’t factored in the rain which would lead to a lot of moisture but also leave the ball wet making it difficult to grip.

What worked for India in the previous three bowling innings in this series is exactly where they were found wanting on the day.

There were too many boundary balls, length all wrong in that first hour in the fourth afternoon which was like playing into South Africa’s hands. 16 wides, including boundary byes, didn’t help the cause either.

India’s strategy at the start was baffling as Ravichandran Ashwin (11-2-20-1) was handed the ball along with Jasprit Bumrah (17-2-70-0), who was very wayward on the third evening.

Rahul could be cut some slack as it is his first game as an India captain but starting the day with Ashwin under overcast conditions and wet outfield certainly deserves some kind of explanation from the team think-tank.

Especially, when both head coach Rahul Dravid and Virat Kohli were in the dressing room, it is impossible to believe that the young captain wasn’t tutored about the combination to use at the onset.

An on drive off Ashwin brought up Elgar’s second half century in two games and the off-spinner couldn’t be faulted as he tried to bowl a bit flatter in order to keep the batters under check.

The wet ball also did add to India’s worries with both Bumrah and Mohammad Shami (17-3-55-1) trying to bowl too short resulting in at least two boundary byes over Rishabh Pant’s head.

However, Van der Dussen, who had looked shaky last evening, came into his own with a flick and pull off successive Shami deliveries and the bowler, in sheer frustration, bowled a bouncer that went for four byes.

Shardul Thakur, who enjoyed a ‘midas touch’ in the first three days, was then back cut and cover driven by the young Van der Dussen as Kohli, sitting in the boundary dug-out, seemed to slump in his chair bearing a grumpy look.

A flurry of boundaries, having brought the target to less than 70, suddenly brought back some urgency. It nearly took an hour before Thakur and Shami found that right length that they have been searching from third evening.

Shami landed one on the fuller length to get Van der Dussen fend awkwardly and Cheteshwar Pujara, in first slip, held on to a regulation catch.

However, by then the target had reduced to 65 and when Thakur missed a tough reflex return catch offered by Temba Bavuma, the writing was on the wall for the Indians.

When the pint-sized Bavuma dispatched Bumrah through the covers, the shoulders finally dropped for most of the players.

The presence of Kohli in the series decider is a must for India as Rahul, despite being good, looks like work in progress. But whether Kohli will be fully fit is a million dollar question. 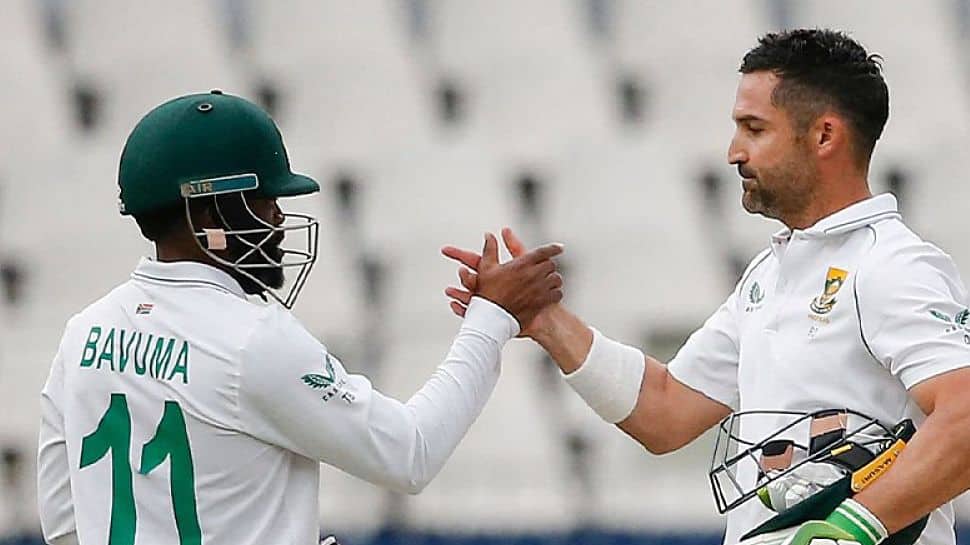 China FM in Kenya on three-nation tour of Africa