by khaleda rahman
in COVID-19
Reading Time: 3 mins read
A A
464
SHARES
1.8k
VIEWS
Share on FacebookShare on Twitter

More than a million COVID-19 cases were recorded in the U.S. on Monday, setting a new global daily record.

The highly mutated and contagious Omicron variant has driven the country to record the most cases in a day of any country since the pandemic began.

The U.S. recorded 1.084 million new cases of the virus on Monday, according to data tracked by Johns Hopkins University.

According to Bloomberg, the highest daily case count outside the U.S. came during a surge in Delta cases in India, which saw more than 414,000 people diagnosed on May 7 last year.

Monday’s milestone figure is almost double the previous record of about 590,000 cases, which was set on December 30 in the U.S.

People line up at a Covid-19 testing tent at the corner of Third St and Fairfax Blvd, in Los Angeles, California, January 3, 2022.
Valerie Macon/AFP via Getty Images
It comes after Dr. Anthony Fauci, the nation’s top infectious diseases expert, said the U.S. has been seeing almost a “vertical increase” of new cases, and that hospitalizations are also up.

“We are definitely in the middle of a very severe surge and uptick in cases,” he said on ABC’s This Week on Sunday. “The acceleration of cases that we’ve seen is really unprecedented, gone well beyond anything we’ve seen before.”

Fauci said he is concerned that Omicron is overwhelming the health care system, as well as causing a “major disruption” on other essential services.

“When I say major disruptions, you’re certainly going to see stresses on the system—the system being people with any kind of job, but particularly [those] with critical jobs to keep society functioning normally,” he said on CNN’s State of the Union. “We already know that there are reports from fire departments, from police departments in different cities that 10, 20, 25 and sometimes 30 percent of the people are ill. That’s something that we need to be concerned about.”

Fauci also added that the U.S. Centers for Disease Control and Prevention is now considering including a negative test as part of guidance to shorten isolation restrictions for asymptomatic Americans.

Under guidance issued on December 27, isolation restrictions for people infected with COVID-19 have been shortened from 10 to five days if they are no longer feeling symptoms or running a fever. After that, they are asked to spend the following five days wearing a mask when around others. The change prompted a backlash from many health professionals for not specifying a negative antigen test as a requirement for leaving isolation.

“There has been some concern about why we don’t ask people at that five-day period to get tested,” Fauci said on This Week. “The CDC is very well aware that there has been some pushback about that. Looking at it again, there may be an option that testing could be a part of that, and I think we’re going to be hearing more in the next day or so from the CDC.”

And while Fauci noted there is “accumulating evidence” that Omicron might lead to less severe illness, he cautioned that the data is still early. “I’m still very concerned about the tens of millions of people who are not vaccinated at all because even though many of them are going to get asymptomatic and mildly symptomatic, a fair number of them are going to get severe disease,” he said.

He urged Americans who have not yet gotten vaccinated and boosted to do so and to wear masks in indoor setting to protect themselves and blunt the current surge of Omicron cases. 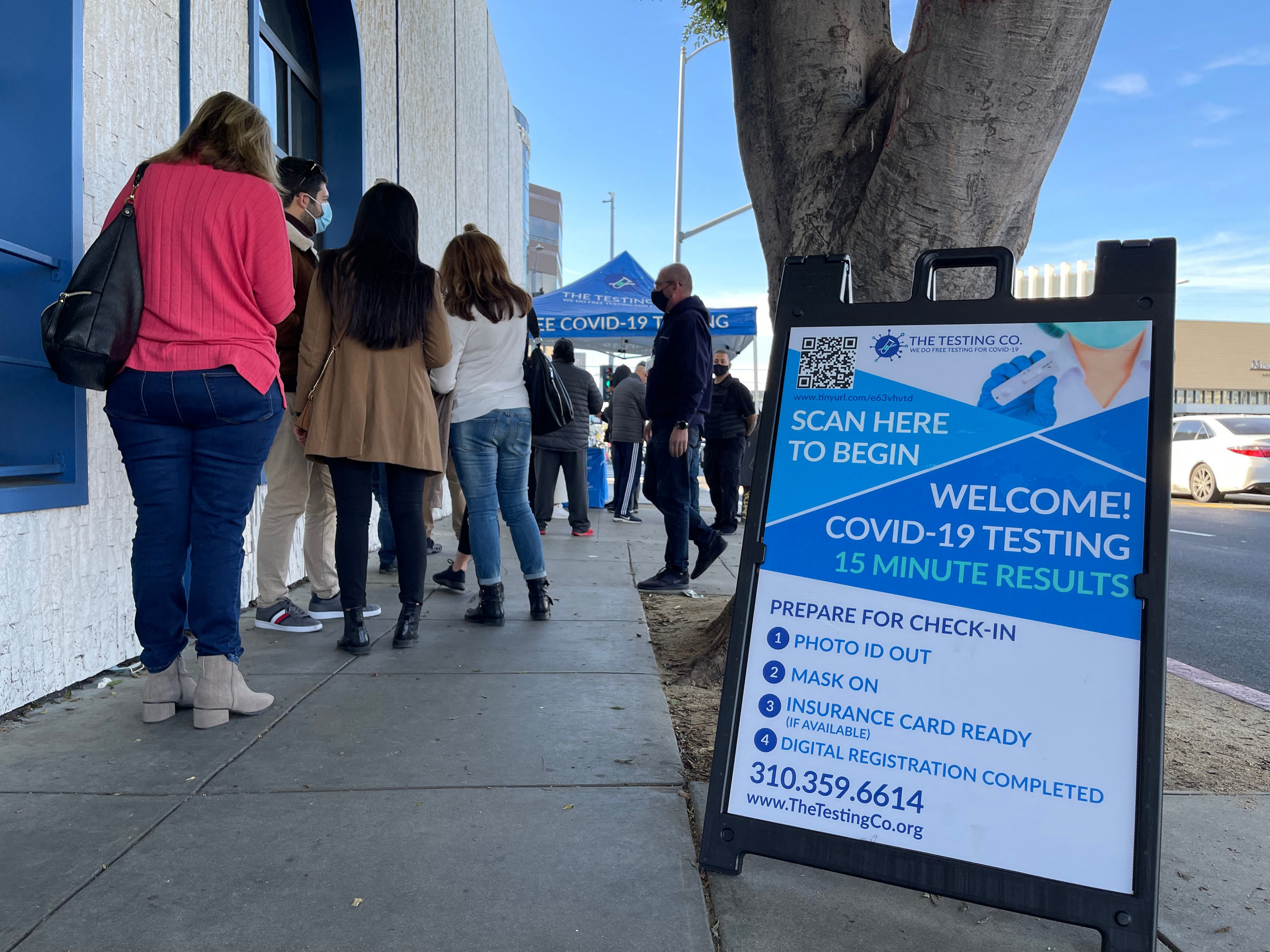