by anthonia orji
in COVID-19
Reading Time: 2 mins read
A A
464
SHARES
1.8k
VIEWS
Share on FacebookShare on Twitter
ADVERTISEMENT

Patients queue at a coronavirus (Covid-19) vaccination centre installed in the Palais des Sports in the commune of Lamentin on Martinique on August 13, 2021. Lionel CHAMOISEAU / AFPFrench MPs on Monday began debating draft legislation that would require most people to be vaccinated against Covid-19 to enter public spaces such as bars, restaurants and long-distance public transport.

Dubbed the “vaccine pass”, the bill’s headline measure is aimed at getting France’s remaining five million unvaccinated people over 12 to accept a shot.

So far, a recent negative test has been enough to secure a “health pass” granting access to the same activities.

But the Omicron variant of coronavirus has stoked average daily confirmed cases to more than 160,000 per day over the past week, with peaks above 200,000.

“The tidal wave has indeed arrived, it’s enormous, but we will not give in to panic,” Health Minister Olivier Veran told parliament.

Reacting to critics who say the law infringes on people’s civil liberties, Veran added that “selfishness often hides behind talk of supposed liberty”.

Although there is fierce opposition to the bill in parts of the left and far-right, the support of President Emmanuel Macron’s centrist party and most opposition conservatives and socialists should see it through the lower house.

It is expected to come into force on January 15 after passing through the upper house Senate.

As well as the headline shift to granting access to many aspects of public life based on vaccines, the bill would also mean heavier penalties for those sharing or forging their vaccine passes, and for venues failing to check up on them.

France has also tweaked rules for how schools should react to infected pupils, allowing them to return sooner if more frequent follow-up tests prove negative after just five days.

Later Monday, Prime Minister Jean Castex was expected to meet with ministers to discuss the impact on crucial services like hospitals, transport, policing and energy from large numbers of people calling in sick.

And after meeting representatives from employers’ organisations, and the tourism, hotel and restaurant industries, Finance Minister Bruno Le Maire said the government would extend access to aid for businesses suffering under anti-coronavirus measures. 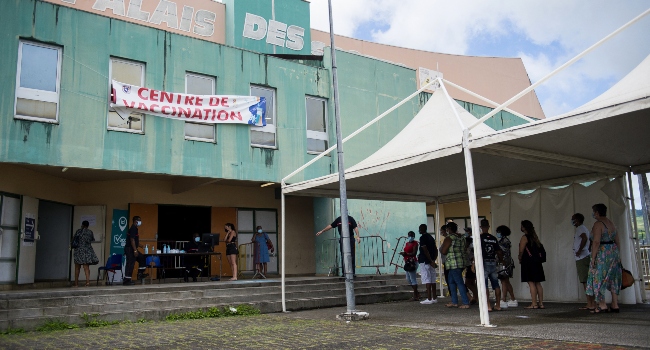 Supply-chain disruption ‘inevitable’, but work is underway to reduce impact

It is "inevitable" as Omicron spreads in the community there will be some impact on the supply-chain, but officials are...

Lagos declares an end to fourth wave of Covid-19 pandemic

The Lagos State Government has declared that the fourth wave of the Covid-19 pandemic in the state which was triggered...

Omicron is the new variant of Covid-19, first detected in South Africa in November 2021. Video / NZ Herald With...