by agency report
in Africa News
Reading Time: 2 mins read
A A
464
SHARES
1.8k
VIEWS
Share on FacebookShare on Twitter

ECOWAS leaders have called on the international community to support the sanctions imposed on Guinea and Mali so as to promote peace, security, and stability in the region.

The West African leaders made the call in their communiqué, at the end of the 60th Ordinary Session of the Authority of Heads of State and Government of ECOWAS, held in Abuja on Sunday.

The authority also reaffirmed its commitment to the promotion of peace, security, and democracy in the region as a prerequisite for the economic integration and development of the region.

It reiterated strong concerns over the transition processes in Guinea and Mali, noting that there is the absence of clear indicators leading to the restoration of constitutional order in conformity with the authority’s decision.

It, however, welcomed the recent decision of the transition authorities in Guinea to allow former President Alfa Conte to return home.

On Mali, the authority noted the official communication of December 9 from Malian authorities that the timetable for the election would be transmitted on January 31, 2022.

It, therefore, reaffirmed its determination to relentlessly combat terrorism.

“To that effect, the authority welcomes the recent conduct by some member states of joint operations along borders of front line countries and directed the commission to provide support for the planning and conduct of such operations within the framework of the implementation of the 2020-2024 Plan of action to eradicate terrorism in the region.’’

On the creation of a monetary union, the authority noted the status of macroeconomic convergence within the ECOWAS in the first half of 2021.

The authority also welcomed the reopening of land borders in ECOWAS for the Free Movement of Persons.

The summit also welcomed the ECOWAS Regional Public Private Partnership (PPP) which would provide the platform to raise alternative and innovative financing for regional projects.

The summit adopted the ECOWAS Vision 2050 as well as the participatory process that presided over the development of the vision.

The vision aims at creating “a community of people fully integrated in a peaceful, prosperous region with strong institutions that respect fundamental freedoms and work for inclusive and sustainable development.” 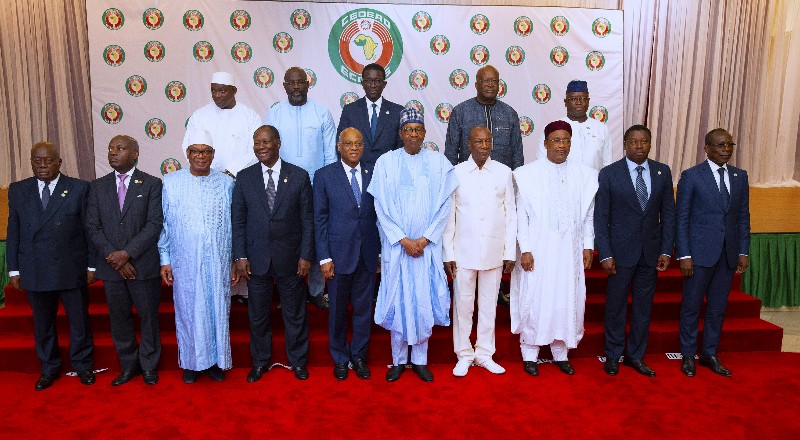 Buhari to ECOWAS leaders: We must forge stronger solidarity to tackle new challenges

Buhari to ECOWAS leaders: We must forge stronger solidarity to tackle new challenges