by jordan king
in COVID-19
Reading Time: 3 mins read
A A
464
SHARES
1.8k
VIEWS
Share on FacebookShare on Twitter

The Omicron variant is days away from becoming the UK’s dominant strain and now makes up a third of all new cases in London, experts have warned.

Ministers were told about the country’s ‘deeply concerning situation’ during an emergency Cobra meeting on Friday night.

Communities Secretary Micheal Gove, who held the briefing virtually, said the data presented was ‘very challenging new information’ as he named London and Scotland as the hotspots.

Speaking after the meeting he said: ‘We know that we have the highest number of Covid infections across the UK recorded today since January 9.

‘We know the Omicron variant is doubling every two to three days in England, and possibly even faster in Scotland.

‘We know that 30% of reported cases in London are the Omicron variant and of course we only identified Omicron in this country a fortnight ago.’

The rate of infection rose by 25.3% in the capital, in the week ending December 4. This was the quickest spike throughout all of England’s nine regions.

Some 474.7 out of 100,000 Londoners tested positive for the virus – the highest this number has been since last January.

The city’s hospitalisation and death rates have not followed suit but this could still happen as those statistics often take more time to come out than positive tests.

Scientists are alarmed by the speed at which daily cases are climbing.

Worrying data has shown that millions of people have effectively no protection against Omicron without a booster jab.

Some 58,194 people tested positive for the virus on Friday, of which 448 were confirmed to be Omicron. This brings the total known number of mutant cases in the UK up to 1,265.

Although this only accounts for less than 3% of the country’s cases (10,719,165), not every test is analysed for Omicron so many cases will be going undetected.

It took just five days for the country’s known Omicron cases to more than quadruple – 90 were confirmed on Monday.

The UK Health Security Agency (UKHSA) estimates that if this rate continues, Omicron will account for more than 50% of the UK’s cases by as early as mid-December.

Although evidence seems to show Omicron is more transmissible than Delta, several doctors have said it creates a milder illness than previous variants.

However, it is too early to know this for sure and experts say it could still lead to hospitalisations and deaths.

To view this video please enable JavaScript, and consider upgrading to a web
browser that
supports HTML5
video

Mr Gove has hinted at the possibility of more restrictions amid reports ministers could revert to a ‘Plan C’ including vaccine passports in pubs and restaurants.

He said: ‘We need to keep everything under review. I think the approach we are taking is proportionate.

‘We recognise the importance of balancing people’s abilities to get on with their lives, with the need to protect them against this virus.

‘But action is absolutely required, and as new data comes in we will consider what action we do require to take in the face of that data.’

However, the Prime Minister’s official spokesperson insisted ministers had no intentions to curb freedoms further.

He said: ‘Obviously we need to keep the characteristics of this variant under review, and we would act if necessary, but there’s no plans to go beyond what we set out.

‘As a responsible Government, of course, you would expect us to… we have an array, already, of options available to us in terms of what measures we can take to mitigate a growth of any variant or virus. But there are no plans to go beyond that currently.’

But since then, experts have said the UK may have no choice but to reintroduce more restrictions as they predict the Omicron variant could kill up to 75,000 this winter.

The warning comes from London School of Hygiene & Tropical Medicine (LSHTM), who also sit on the Scientific Pandemic Influenza Group on Modelling (SPI-M) or the Scientific Advisory Group for Emergencies (Sage).

The team believe it may be necessary to look at hospitality restrictions, closing several entertainment venues and limiting how many people can gather together.

For more stories like this, check our news page.

Get your need-to-know
latest news, feel-good stories, analysis and more 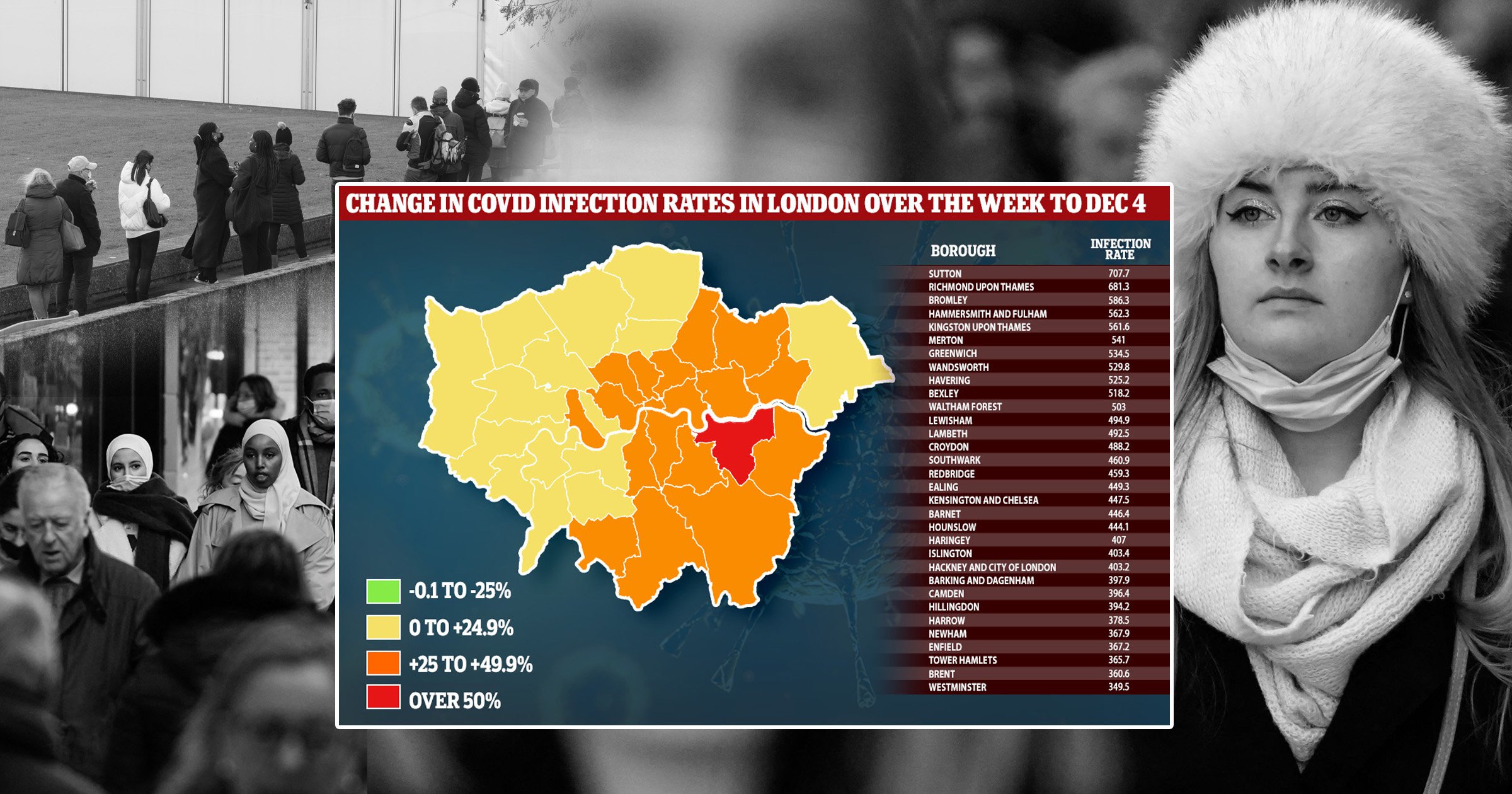