by tyisha schildgen
in Africa News
Reading Time: 4 mins read
A A
464
SHARES
1.8k
VIEWS
Share on FacebookShare on Twitter

Liverpool manager Jurgen Klopp was keen to clarify his use of the phrase “little tournament” in reference to the Africa Cup of Nations tournament, insisting it was meant as a frustration in an ironic sense and not as an insult to the tournament.

Klopp explained to an offended journalist that his remark – which came after the 4-0 win against Arsenal on Saturday – was a way of expressing his frustration at losing vital players at an important stage of the season.

Liverpool are set to lose Mohamed Salah, Naby Keita and Sadio Mane for the month-long tournament, which runs from January 9 to February 6.

Replying to a journalist on Saturday, who asked if Klopp was “relieved” they had got through a busy period with “no international break until March”, Klopp laughed and replied: “I’ve heard that so often that there’s no international break until March. In January, there’s a little tournament in Africa, I just want to say, and I think Asia is playing games, too – South America as well, great, can’t wait.”

On Saturday, Klopp replied to a journalist asking if he was ‘relieved’ they had got through a busy period with ‘no international break until March’

Klopp was then speaking in his Champions League post-match press conference after Liverpool had secured a fifth straight win in the competition to beat Porto 2-0 on Wednesday.

Liverpool fixturesLiverpool 2-0 Porto – Match reportHow the teams lined up | Match statsAfter a journalist had said Klopp had insulted the players, fans, people and continent of Africa with the comment, Klopp replied: “I didn’t mean it like that. I don’t know why you understand it like that.

Image:
Mohamed Salah (left) will be at AFCON, as well as Sadio Mane and Naby Keita

“It’s not even close to the idea in my mind that I want to talk about AFCON as a little tournament, or the continent of Africa like a little continent, not at all.

“What I meant is, because people said, and if you watch the full press conference, if you wanted to understand it in the right way you could have understood it in the right way. I said ‘there’s no international break anymore until March’ and I said: ‘Oh and there’s a little tournament in January,’ and I didn’t mean a little tournament, just like you say it when there’s still a tournament. It’s ironic. There’s still a tournament. A big one. We lose our best players to the Africa Cup of Nations.

“It was not my intention, but you made something of it. That’s not so cool as well to be 100 per cent honest.”

Image:
Liverpool’s Thiago celebrates after scoring his stunner against Porto

After the 2-0 victory, Klopp hailed Thiago Alcantara’s “thunderball” goal which set them on their way at Anfield.

The Spain international broke the deadlock with a delicious low, first-time, 25-yard half-volley which was subsequently added to by Salah’s sixth European goal of the season.

It was only the second time Thiago has found the net during a disrupted 14 months since arriving in a £20m move from Bayern Munich but it was a strike worthy of the wait.

“We had bigger chances in the game but we scored with that situation,” he said of the midfielder’s 52nd-minute opener.

Image:
Thiago’s stunning strike gave Liverpool the lead early in the second half

“Whoever sees Thiago in training knows he has the technique to do it but even with this technique it doesn’t happen constantly that he can fire such a thunderball. It was good timing, a great goal.

Liverpool have made a mockery of their so-called ‘Group of death’ with their 15-point haul a club record for the group stage but Klopp said now was not the time to assess just how well they were playing.

“We could have lost this game tonight, we gave chances away when they could have scored so we should not make too much of it as we were lucky in moments,” he said.

“We had moments when we were not cool to play against; I didn’t expect that tonight because we changed decisive things to be honest.

Klopp says he was ‘really pleased’ with his side’s performance in their 2-0 home win over Porto in the Champions League.

“We didn’t expect the boys to be a pressing machine immediately but to grow into the game and that’s what happened. A lot of good things happened tonight but I’m not sure we should make the mistake of saying we are this or that again.

“We will know at the end of the season – but we are in a good moment and we should try everything to keep that going.” 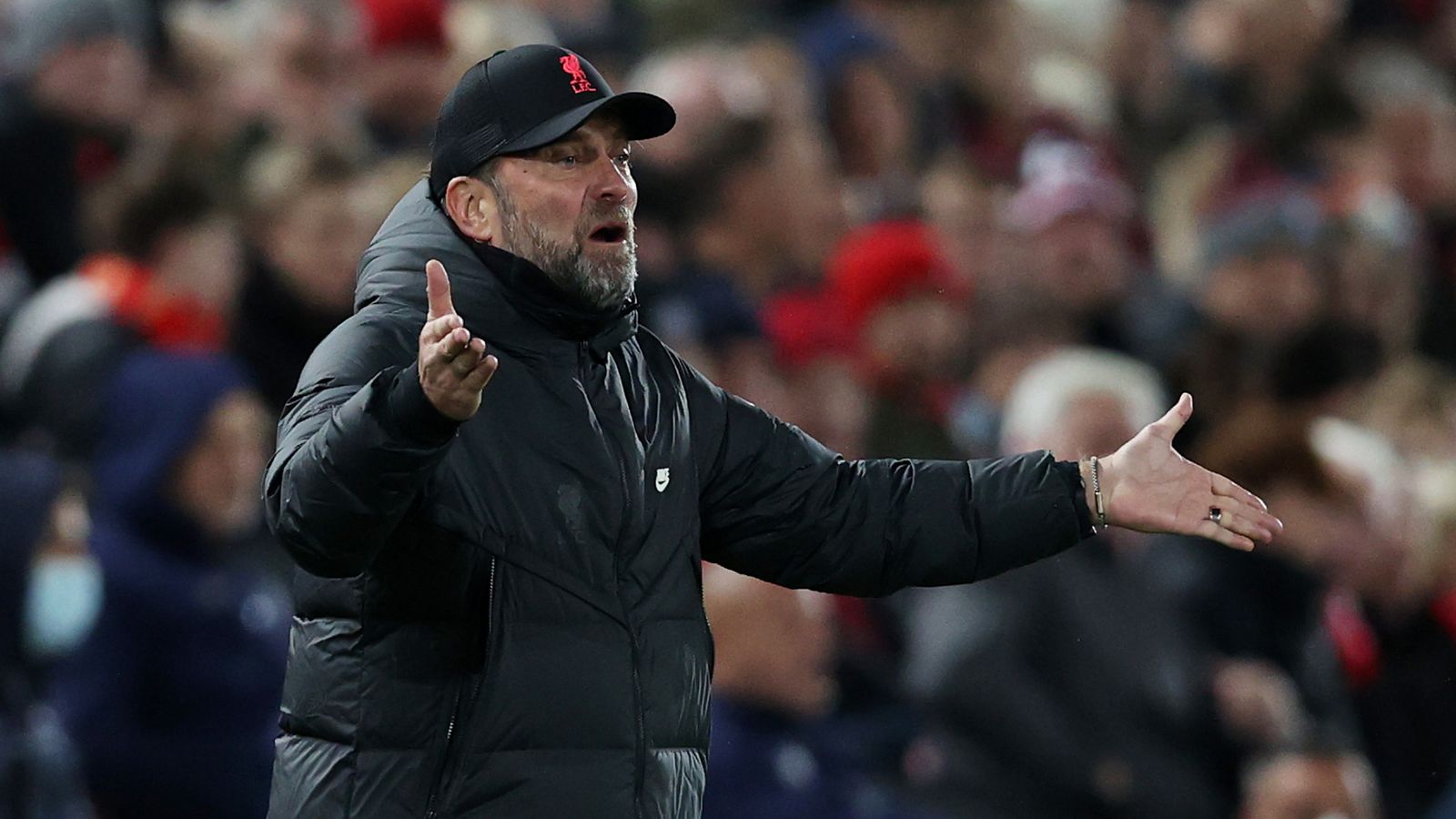