by marquis mischke
in Africa News
Reading Time: 4 mins read
A A
464
SHARES
1.8k
VIEWS
Share on FacebookShare on Twitter

Since 2007, 145 buildings have collapsed in Lagos, Nigeria’s most populous state and so-called centre of excellence. Recently, a nother building under construction in Lagos has collapsed in the highbrow Ikoyi area. This time, it is a 21-storey “luxury” high rise building. An unknown number of victims are trapped under the rubble. So far, 42 bodies have been recovered with 15 survivors. Families and friends of the victims are waiting anxiously, hoping that their loved ones trapped will be rescued.

Building collapses like the one in Lagos is an epidemic in both highbrow and low-income communities and they are devastating. Between 2014 and 2020, 213 victims have died. In 2020 alone, there were several incidents. For instance in October 2020, 6 six people died and 10 were rescued when a three-storey building collapsed in Obalende Lagos. In July 2020, another building collapse in Lagos Island killed at least 3 people while 9 were rescued. In February 2021, one person died when a one-storey building collapsed in Apongbon. In July 2021, the partial collapse of a bungalow at the Mounted Troop Police Barracks Ikeja, killed one and injured another.

It’s time to use the public health approach of epidemiology to stop the epidemic of building collapses in Lagos. As a public health physician, using epidemiology principles makes sense for I view the community as my patient. A building collapse puts my patient (the community) in danger. Consequently, my work is to ensure that public health interventions are community-centered, for the public good and saves lives. Rescue services led by the National Emergency Management Agency do not meet international standards, while the Lagos state government that should have ensured that building codes are adhered to, looks confused. Yes, the Lagos State Governor has suspended the General Manager of the Lagos State Building Control Agency. Sadly, this is medicine after death.

We know the frequency, pattern and causes of building collapse in Lagos. The collapse of the 21-storeys building is attributable to corruption and poor oversight by government agencies. The building was approved to be 15-storeys but ended up being 21. Six extra floors were added to the building. It was a time bomb waiting to detonate. It was not good for public health. Someone in the government knew about this contravention but kept mute about it. The Lagos state government must investigate this collapse and ensure that every culprit faces the full extent of the law. Until that happens, the federal government of Nigeria, Lagos and other States should adapt these three epidemiological approaches to prevent future occurrences.

First, knowing the determinants of building collapse is the first step to prevention. These are mainly due to structural issues such as the use of substandard building materials, non-adherence to building codes, poor building maintenance and adverse weather events. It is known that prevention is better than cure. Prevention saves lives and resources. Governments across Nigeria must begin to enforce adherence to building standards. Builders who fail to adhere to it must be sanctioned in order to deter would-be offenders. The collapse of the 21-storeys building is an opportunity for the Lagos state government to demonstrate that culprits must always be punished. Families of the victims must also be adequately compensated by the construction company!

Second, building collapse is of public health importance due to the health-related events that arise. When buildings collapse, it is an emergency. Time is of the essence to ensure survival. Therefore, having a functional emergency service is imperative. Why is it easy to request an Uber ride but impossible to order an ambulance? It is unconscionable that Nigeria – a country of 200 million people – does not have a functional emergency service. Dear Nigerians, we cannot pray our way out of emergencies. They do happen, especially when least expected. Uber-like digital technologies have made it easier to replicate hailing apps for ambulance services.

When victims are conveyed to hospitals, who covers the cost of care? Beyond physical traumas, victims deal with mental traumas that may last a lifetime. Construction companies or owners of buildings that collapse must bear the costs of these medical treatments.

Lastly, community education on the importance of everyone’s contribution to preventing building collapse should be prioritized. There are different communities of stakeholders – artisans, architects, construction companies, building regulatory agencies and lots more. For example, engaging with artisans to insist on using quality building materials and adhering to building codes. Governments should establish a whistleblower policy for artisans to report construction companies that do not follow building codes. Likewise, staff of regulatory agencies should be trained on their roles and consequences of dropping the ball. Indeed, it is a matter of life and death. When building regulators do not carry out their functions, people die. It’s as simple as that.

Too many Nigerians are dying due to buildings collapsing. We must protect our public health and prevent them.

Dr. Ifeanyi M. Nsofor is the Senior Vice President for Africa at Human Health Education and Research Foundation. He is a Senior New Voices Fellow at the Aspen Institute, a Senior Atlantic Fellow for Health Equity at George Washington University and an Innovation Fellow at PandemicTech. You can follow him on Twitter @ekemma. 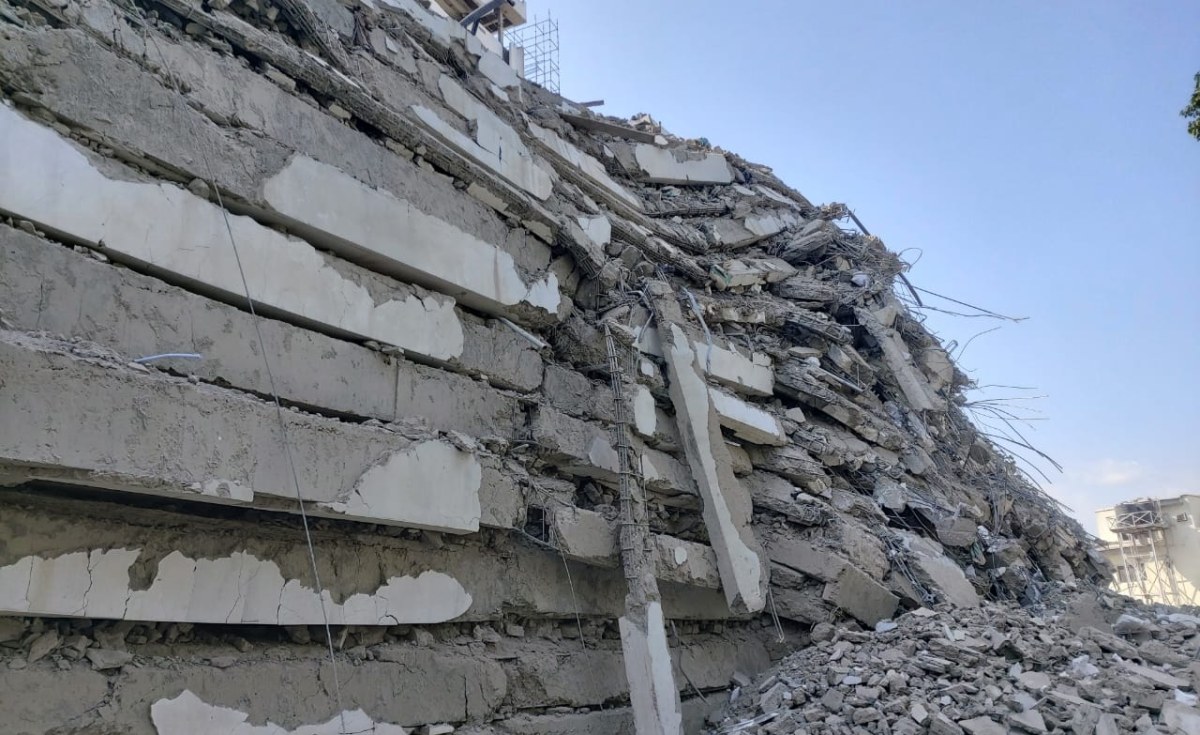 Silver Ferns to play England, Australia and South Africa in London in January