by dion haslett
in Africa News
Reading Time: 2 mins read
A A
464
SHARES
1.8k
VIEWS
Share on FacebookShare on Twitter

Geneva — Sexism, harassment and violence against women permeate parliaments across Africa, according to a new study published Tuesday.

The study reveals that on average eight of every 10 women parliamentarians interviewed has experienced psychological violence in their legislature.

The Geneva-based IPU said the study is the second in its regional studies, following a 2018 report on European parliaments.

The African study found that 67 percent of African woman parliamentarians have been subjected to sexist behaviour or remarks, while 42 percent have received threats of death, rape, beating or abduction, usually online.

“The conclusions reveal an insidious epidemic of sexism in parliaments in Africa,” said IPU P resident Duarte Pacheco, a parliamentarian from Portugal. “Sexism and gender-based violence against women threatens parliaments as it deters young women from entering politics.

“In particular, young women who aspire to change the world through politics are at risk of becoming disheartened. We need those young women in parliament for the sake of strong and representative democratic institutions.”

The report found that 40 percent of African female legislators have been sexually harassed, and 23 percent have endured physical violence.

Most of the sexism, harassment or violence takes place on the premises of parliament itself, says the IPU. This was the finding in 83 percent of acts of sexual harassment, 78 percent of incidents of sexist behaviour, and 40 percent of cases of physical violence reported by female parliamentarians.

“There should be zero tolerance for any form of violence against women in parliaments,” said APU President Mohamed Ali Houmed.

“It is the responsibility of our institutions and all parliamentarians, both men and women, to take urgent action to become more gender-sensitive.”

The report cites positive progress in several parliaments, such as Tunisia’s 2017 law on violence against women, that recognizes political violence as abuse against women.

South Africa’s parliament put in place a sexual harassment policy in 2006 applicable to all parliamentary employees and assistants. 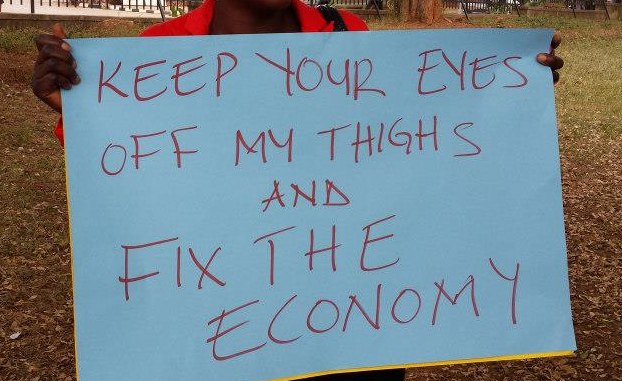