WAR ON GBV OP-ED: Gender-based violence is a male problem, so men need to step up and fight South Africa’s shameful scourge

by georgianna motsinger
in Africa News
Reading Time: 4 mins read
A A
465
SHARES
1.8k
VIEWS
Share on FacebookShare on Twitter

If a nation’s character can be judged by how it treats women and children, then we are falling desperately short.

A week before the launch of the annual 16 Days of Activism for No Violence against Women and Children, the latest crime statistics released by the South African Police Service (SAPS) show an increase in rapes, domestic violence and, perhaps most worryingly, in child murders.

In just three months, between July and September 2021, 9,556 people, most of whom were women, were raped. This is 7% more than in the previous reporting period.

Of the nearly 73,000 assault cases reported during this period, more than 13,000 were domestic violence-related. The rate of child murders has climbed by nearly a third compared with the previous reporting period.

These statistics are shameful. We are in the grip of a relentless war being waged on the bodies of women and children that, despite our best efforts, shows no signs of abating.

We have said before that the violence perpetrated by men against women is the second pandemic that our country must confront, and like the Covid-19 pandemic it can be overcome if we all work together.

As government, we have a duty and responsibility to devote the necessary resources to combat crimes of gender-based violence.

Since the launch of the National Strategic Plan to Combat Gender-based Violence and Femicide (NSP) in 2020, there have been several interventions to respond to GBV. This includes far-reaching legislative reform, support to survivors through the provision of evidence kits at police stations and psycho-social services, the establishment of a GBVF Fund and supporting the network of Thuthuzela and Khuseleka Care Centres.

The SAPS has indicated we are making progress in reducing the significant backlogs in DNA analysis, which is crucial to securing justice for survivors of sex crimes. The SAPS also operates 134 GBV desks at police stations around the country and is in the process of establishing more.

As work continues to implement all the pillars of the NSP, we must ask hard questions of ourselves as a people.

When we hold a mirror up to ourselves, do we see the proud, resilient, peaceful and freedom-loving South Africans we aspire to be?

Every year when November comes around, we make pledges to end violence against women and children. We take part in marches, attend mass mobilisation events, and wear regalia emblazoned with powerful slogans like “Sekwanele: Enough is Enough”.

But what we have observed over the years is that most of those who take part in the 16 Days of Activism are women and children, those most affected by and concerned about GBV. This needs to change.

Gender-based violence is, after all, a problem of male violence. It is predominantly men who are rapists. It is mainly men who are perpetrators of domestic violence.

Because it is men who are the main perpetrators, it should be men taking the lead in speaking out and reporting gender-based violence, in raising awareness, in peer education and in prevention efforts.

It should be men in positions of authority in our educational system, whether as school principals, educators or lecturers, who should be making schools and places of higher learning safe spaces for female learners and students, and never, ever abusing their position of authority to demand sexual favours.

Men should also be playing a more formative and present role in their families, particularly in raising their sons to exhibit healthy, positive masculinity that is respectful of women and children.

Communities and community organisations must work with the government to implement interventions that redefine masculinity so that we raise men with empathy, tolerance and respect.

Just as ending gender-based violence cannot be the state’s responsibility alone, the onus cannot be on women and children to end the shocking levels of violence and abuse being visited upon them.

The latest crime stats show nearly 4,000 people were raped in their homes or that of the perpetrator, and in 400 reported rape cases the victim and perpetrator had a relationship. This suggests that some men do not understand that sexual activity without explicit consent is a crime.

Men must respect their wives and girlfriends and understand that being in an intimate partner relationship is never a justification for domestic violence.

If each man gathers two men and the three pledge to never rape a woman, never lay a hand on a woman and hold each other accountable to this pledge, we can start to seriously tackle gender-based violence in our country.

This year’s 16 Days of Activism campaign aims to shift from awareness to accountability and create an environment for men to play a greater role in the prevention of gender-based violence and femicide.

It is not enough to intervene only once perpetrators have entered the criminal justice system. We have to prevent gender-based violence before it happens.

I call on all South African men, young and old, city dwellers and rural dwellers, modernists and traditionalists, married and unmarried, to be part of the prevention efforts that are sorely needed in homes and in our communities.

By refusing to condone violence against women and children, by not being party to it yourself and by reporting such acts, you are setting an example to your fellow men, especially to young men and boys.

You will be sending a clear sign that neither kinship, friendship or loyalty can be an excuse for not standing up for the rights of women and children.

Let us work together as one to ensure that this year’s 16 Days of Activism campaign is meaningful, that it moves beyond mere words, and that it results in real change in the lives of South Africa’s women and children. DM

This is the President’s weekly letter to the nation released on Monday. 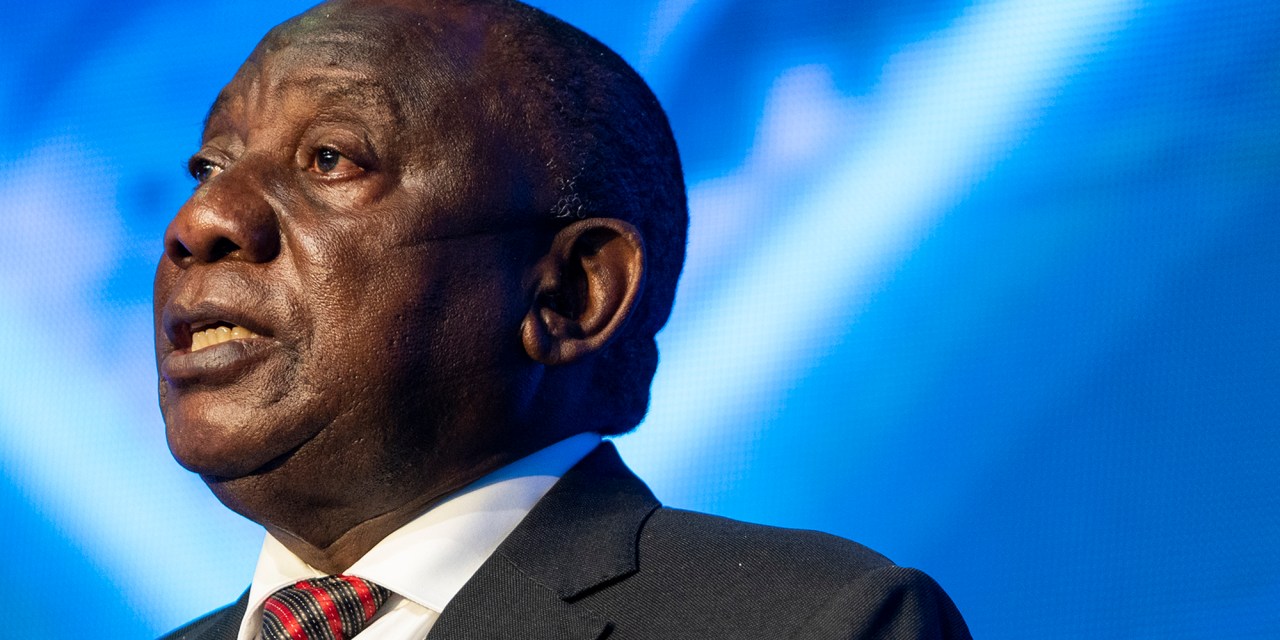