It was arguably England’s best display since their 2019 World Cup final loss to the Springboks and made all the more encouraging by a willingness to attack that saw them score three tries to South Africa’s one.

England, without playing ‘champagne rugby’ simply for the sake of it, did not become overly cautious as a 17-6 lead was whittled away by the boot of Handre Pollard, with Harlequins flyhalf Smith showing admirable maturity in a key decision-making position given this was just his fifth Test.

“This game was massively special,” said Smith, who was unable to lean on the experience of Owen Farrell after the England captain was ruled out of the match with an ankle injury and then saw powerhouse centre Manu Tuilagi limp off immediately after scoring the opening try in the seventh minute.

“We know how well South Africa have done this year and we got massively excited about it,” said Smith, a late call-up to the British & Irish Lions squad beaten 2-1 by the Springboks in July and August.

Smith, speaking after what was just his fifth Test, added: “We built nicely through the week and to be able to perform for 80 minutes in front of all our loved ones and all the fans of England was amazing. We have to kick on now.

“We had to have the courage to keep playing because not many teams beat South Africa if you play them at their game.

“The coaches gave us the licence to be courageous and to have a go. It made my job easy and simple – just do your job and the rest will happen.

The 22-year-old was flawless off the tee in a 12-point haul, with Smith also holding his nerve amid all the tension of having a kick to win the game in front of a capacity 82 000 crowd.

“It’s probably the highest pressure moment I’ve ever been been in, with the delay of it as well,” said Smith.

“The referee was checking things, so I had a lot of time think about it, but Courtney Lawes and Tom Curry and the leaders in the team put their arm around me and said, ‘We believe in you’.

“Maro (Itoje) said, ‘Take the whole minute’ and I didn’t do that. Sorry Maro! I was just collecting my thoughts.

“It was one of those kicks that… I used my breathing techniques which calmed me down and I focused on what I could control. I was very grateful that I sent that over.”

England, who also defeated Australia this month, can now look forward to their Six Nations opener away to Scotland on 5 February with renewed confidence after a lacklustre showing in this year’s Championship.

“We had a bad Six Nations, that’s well documented, but I never thought we were on the wrong lines,” England coach Jones said. “It’s good to get those sorts of victories. We have beaten first and third in the world now.

“We have gone down this line in being much aggressive in the way that we want to attack. We think the game suits that at the moment.” 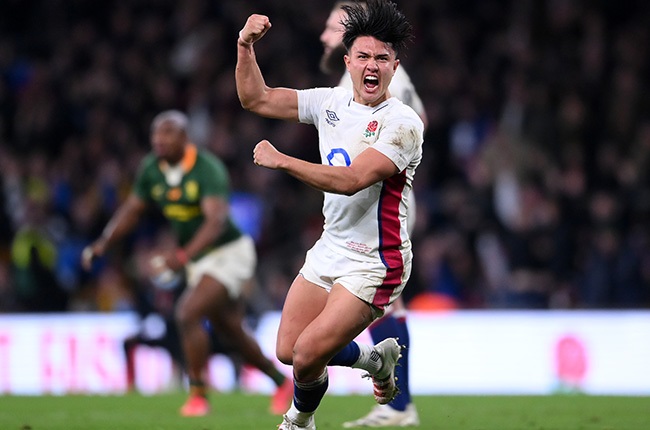