by lisa fickenscher
in Robotics
Reading Time: 2 mins read
A A
464
SHARES
1.8k
VIEWS
Share on FacebookShare on Twitter

Supermarket chain Kroger is doubling down on its effort to win over shoppers in Florida — and it’s using robots to help.

CEO Rodney McMullen said the chain is expanding its previously announced efforts to use machine learning and robotics to help pick orders bound for delivery to customers.

He told CNBC in a Thursday story that its Florida inroads are “tracking ahead of where we thought we would be.”

That comes after the grocer announced this summer that it would open a massive warehouse in the center of the state, just east of Orlando, that it opened in partnership with Ocado Group, an e-commerce company.

McMullen told the network that Kroger is making big strides in the Sunshine State where it’s going head-to-head with Publix — and that’s without opening any stores.

The largest grocery chain in the US is relying on delivery service, massive warehouses and robots to ramp up in Florida, where Kroger planted its flag with a delivery-only service earlier this year.

Publix is Florida’s largest grocery chain, controlling more than a third of grocery sales in the Sunshine state.Education Images/Universal Image

For its part, Publix said: “Competition makes us all better — and our customers benefit the most.”

“For more than 90 years, we have served our customers, associates and communities in Florida,” the company said in a statement to The Post. “We pride ourselves on evolving with our customers and meeting them where they are, in-store or online.”

Florida has become Kroger’s blueprint for tackling e-commerce nationwide via its three year-old partnership with United Kingdom-based Ocado — which builds automated warehouses — as it launches its delivery service in the Northeast where it has no stores.

“Every time that [the retail industry] transitions, there’s going to be winners and losers,” McMullen told CNBC. “And all you have to do is be the one that’s in front of that trend change. And once it’s obvious, it’s too late.”

Publix, a privately-held company, is the largest supermarket chain in Florida, ringing up 37 percent of grocery sales compared with Walmart’s 26 percent, according IRI data.

Kroger has two massive warehouses in Central Florida and is adding two smaller facilities to South Florida, where it plans to offer 30 minute, same day delivery, the company said in October. It has invested $55 million in the warehouses, according to CNBC.

“We have a pipeline of sites in development across the U.S., with several scheduled to open next year,” Gabriel Arreaga, Kroger’s senior vice president and chief supply chain officer and we’re excited to continue delivering the Kroger experience to more doorsteps.”

Kroger’s delivery trucks will be entering the Northeast for the fist time.

Publix did not immediately respond for comment about its competition from Kroger, which operates 2,800 stores in 35 states, on its home turf. Publix offers delivery via Instacart.

Big Apple-based FreshDirect — the first significant online grocer in the US which was acquired by Ahold Delhaize the owner of Stop & Shop this year — is no doubt studying Kroger’s inroads in Florida, say industry experts. 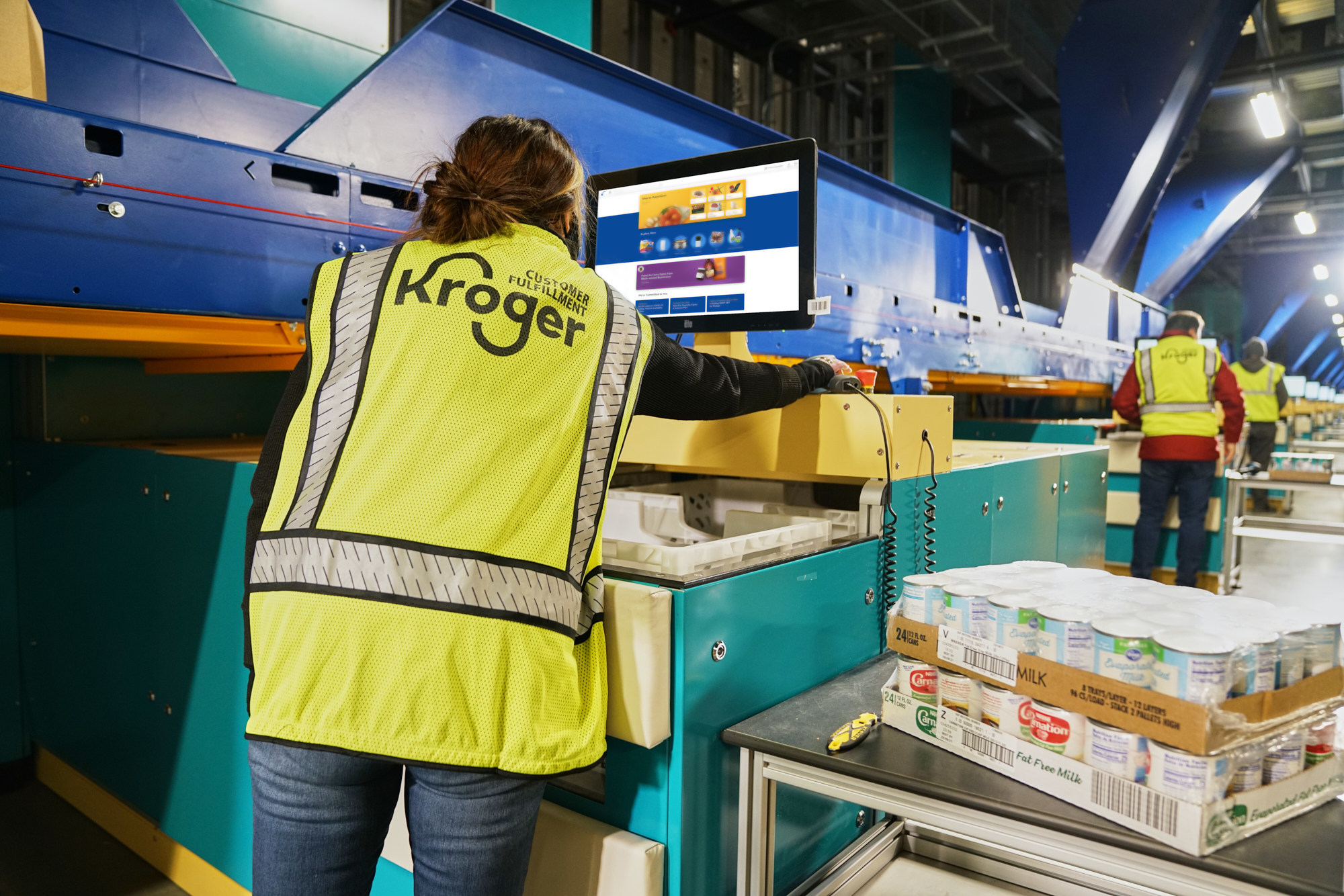