by margarett lanz
in Africa News
Reading Time: 2 mins read
A A
464
SHARES
1.8k
VIEWS
Share on FacebookShare on Twitter

Christian Solidarity International (CSI) has written to U.S. Secretary of State Antony Blinken ahead of his visit to Nigeria on 18 November 2021, to highlight the imminent risk of genocide in the African country and urge him to engage with victims of human rights abuses there. In his letter dated 17 November 2021, CSI International President Dr John Eibner warned that the Nigerian government was failing in its duty to protect its citizens amid growing insecurity and sectarian violence.

“Africa’s largest democracy is a failing, if not a failed state. The Nigerian state under the presidency of Muhammadu Buhari is unable or unwilling to fulfil its most basic responsibility: the provision of security for its citizens against violence,” said Eibner.

Attacks by Fulani jihadist militias in Nigeria’s Middle Belt have killed thousands and displaced millions of people in the last several years. In the most recent attacks in Kaduna State, Fulani militias killed 31 Christians in two villages on 26 September, and abducted dozens of Christians from a worship service on 31 October. In Benue State, 1.5 million people, nearly a quarter of the population, have been displaced by Fulani attacks.

“This grim reality produces grave consequences not only for the human rights of Nigerian citizens, but also for the security of the whole of sub-Saharan Africa. Today, we witness the spread of violent jihadist movements throughout the Sahel region, in much of West Africa and even in Congo and Mozambique,” said Eibner.

Eibner also drew attention to a timely and perceptive article published on 16 November on CSI’s Nigeria Report website, in which historian Rudolph Ogoo Okonkwo warned that “the scene is set for a major incident to trigger a flash flood of genocide” in Nigeria.

And he recalled that in January 2020, CSI had issued a genocide warning, calling on “the Permanent Members of the UN Security Council to take appropriate action to prevent genocide in Africa’s largest country”.

“We urge you to take the opportunity while in Nigeria to meet not only with government officials and wealthy entrepreneurs, but also with victims of atrocity crimes and other grave human rights abuses committed by both non-state and state actors,” said Eibner.

“Priority should be placed on meeting the human rights activist and journalist Luka Binniyat, who was detained by security officers just days before your arrival in Nigeria after having drawn attention to the cover up by officialdom of atrocity crimes against indigenous Christians in Southern Kaduna.” The letter concluded: “CSI furthermore renews its appeal to the United States and the other Permanent Members of the UN Security Council to fulfil their legal obligations to prevent genocide in Nigeria and to protect potential victims from the violence of non-state and state actors.”

Christian Solidarity International is an international human rights organization campaigning for religious liberty and human dignity. It has been providing material aid to Nigerians affected by terrorist violence since 2013, and publishes a website devoted to the Nigerian conflict – www.nigeria-report.org. 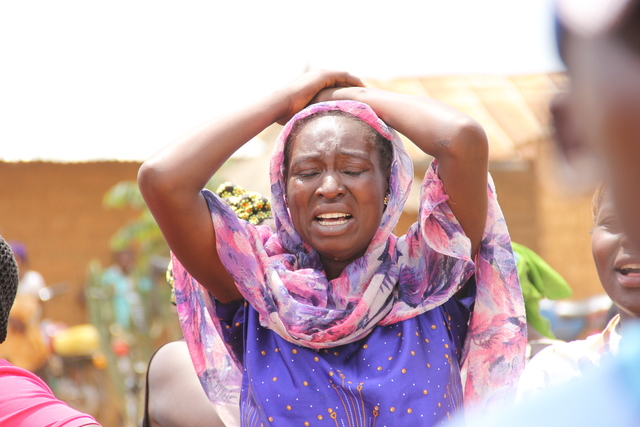