by lora korpar
in Africa News
Reading Time: 3 mins read
A A
483
SHARES
1.9k
VIEWS
Share on FacebookShare on Twitter

When the COVID-19 pandemic emerged last year, many experts predicted the virus would surge across Africa, but so far the continent has not experienced any major outbreaks, confusing scientists.

Though fewer than 6 percent of Africans are vaccinated and residents of many countries do not wear masks regularly, the World Health Organization has described Africa as “one of the least affected regions in the world.”

Wafaa El-Sadr, chair of global health at Columbia University, told the Associated Press something “mysterious” is going on across the continent.

“Africa doesn’t have the vaccines and the resources to fight COVID-19 that they have in Europe and the U.S., but somehow they seem to be doing better,” she said.

Researchers think the lower number of cases could be due to the population being younger—the average age being 20—or their lower rates of urbanization and longer time spent outdoors. Others think it could have something to do with prior infections with other diseases or the fact that people across the continent are more used to dealing with outbreaks even without vaccines.

In the AP report, researchers in Uganda said Friday that they found COVID-19 patients who had previously been exposed to malaria were less likely to show severe symptoms or die.

Jane Achan, a senior research advisor at the Malaria Consortium and a co-author of the study, told the AP they went into the project thinking previous malaria exposure would make COVID-19 infections worse.

“We were actually quite surprised to see the opposite—that malaria may have a protective effect,” Achan said.

For more reporting from the Associated Press, see below:

When the coronavirus first emerged last year, health officials feared the pandemic would sweep across Africa, killing millions and destroying the continent’s fragile health systems. Although it’s still unclear what COVID-19’s ultimate toll will be, that catastrophic scenario has yet to materialize in Zimbabwe or much of Africa. Above, people are seen at a busy market in a poor township on the outskirts of Zimbabwe capital Harare on November 15.
Tsvangirayi Mukwazhi/AP Photo
Devi Sridhar, chair of global public health at the University of Edinburgh, said African leaders haven’t gotten the credit they deserve for acting quickly, citing Mali’s decision to close its borders before COVID-19 even arrived.

“I think there’s a different cultural approach in Africa, where these countries have approached COVID with a sense of humility because they’ve experienced things like Ebola, polio and malaria,” Sridhar said.

In past months, the coronavirus has pummeled South Africa and is estimated to have killed more than 89,000 people there, by far the most deaths on the continent. But for now, African authorities, while acknowledging that there could be gaps, are not reporting huge numbers of unexpected fatalities that might be COVID-related. WHO data show that deaths in Africa make up just 3 percent of the global total. In comparison, deaths in the Americas and Europe account for 46 percent and 29 percent, respectively.

In Nigeria, Africa’s most populous country, the government has recorded nearly 3,000 deaths so far among its 200 million population. The U.S. records that many deaths every two or three days.

The low numbers have Nigerians like Opemipo Are, a 23-year-old in Abuja, feeling relieved. “They said there will be dead bodies on the streets and all that, but nothing like that happened,” she said.

On Friday, Nigerian authorities began a campaign to significantly expand the West African nation’s coronavirus immunization. Officials are aiming to inoculate half the population before February, a target they think will help them achieve herd immunity.

Oyewale Tomori, a Nigerian virologist who sits on several WHO advisory groups, suggested Africa might not even need as many vaccines as the West. It’s an idea that, while controversial, he said is being seriously discussed among African scientists—and is reminiscent of the proposal British officials made last March to let COVID-19 freely infect the population to build up immunity.

That doesn’t mean, however, that vaccines aren’t needed in Africa.

“We need to be vaccinating all out to prepare for the next wave,” said Salim Abdool Karim, an epidemiologist at South Africa’s University of KwaZulu-Natal, who previously advised the South African government on COVID-19. “Looking at what’s happening in Europe, the likelihood of more cases spilling over here is very high.”

In Zimbabwe, doctors were grateful for the respite from COVID-19—but feared it was only temporary.

“People should remain very vigilant,” warned Dr. Johannes Marisa, president of the Medical and Dental Private Practitioners of Zimbabwe Association. He fears that another coronavirus wave would hit Zimbabwe next month. “Complacency is what is going to destroy us because we may be caught unaware.”

Only about 6 percent of Africans have been vaccinated against COVID-19, but the continent remains much less affected by the virus than other parts of the world. Above, a health worker prepares to administer the AstraZeneca COVID-19 vaccine during the flag-off of COVID-19 Mass Vaccination by the Nigerian government in Abuja, Nigeria, on November 19.
Photo by Kola Sulaimon/AFP via Getty Images 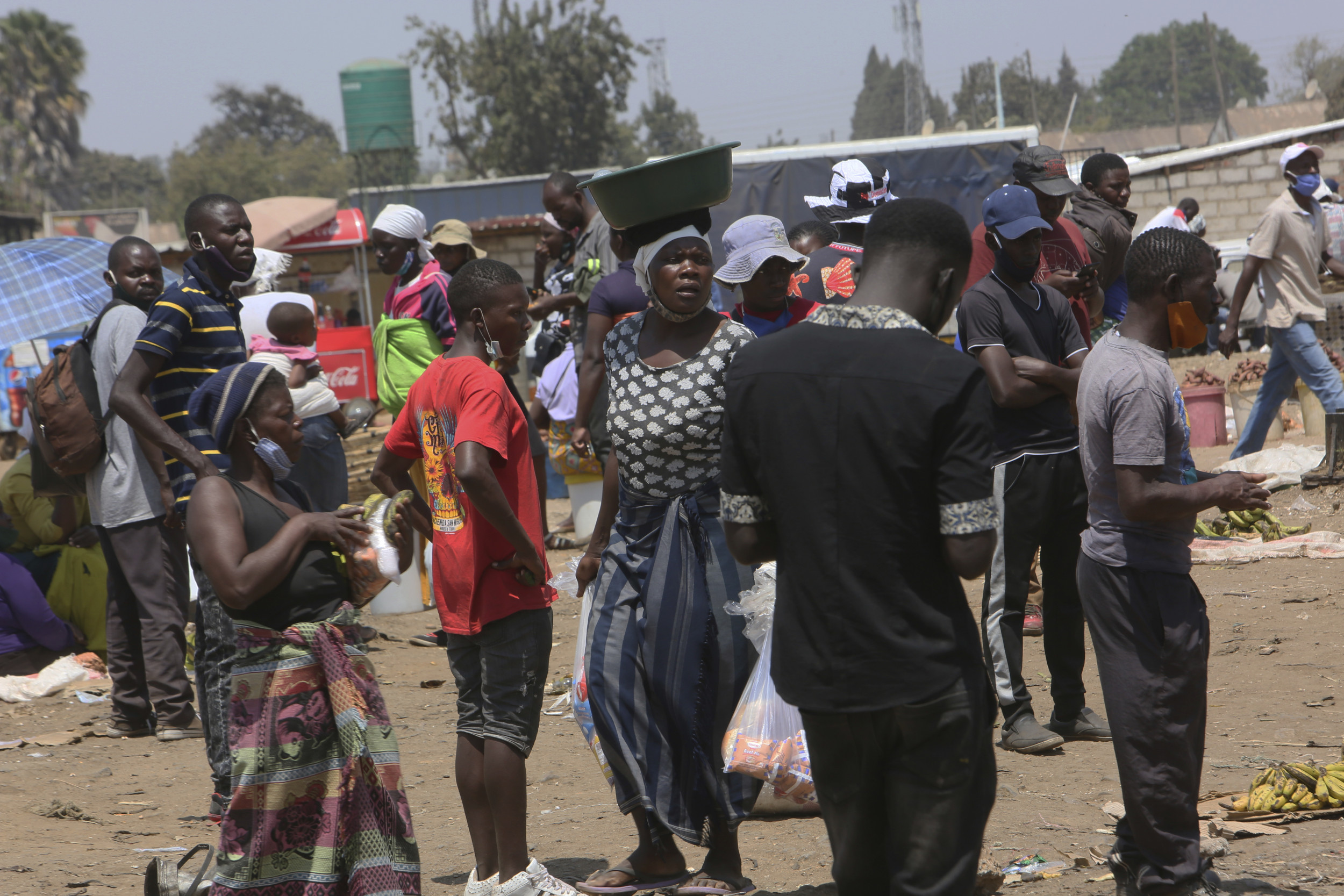