by alexandria williams
in Africa News
Reading Time: 6 mins read
A A
464
SHARES
1.8k
VIEWS
Share on FacebookShare on Twitter

Want to be a creator in Africa? Okay. But be wary; it’s going to take time, thick skin, and a little bit of what we at TechCabal like to call “the creative hustle”.

For years, Africa’s creative industry has been hampered by poor returns, leaving creators at the mercy of sponsors and algorithm-manipulated trends.

But fintechs like Chipper Cash stand to be a driving force behind fan-sponsored content that may change the way Africans create and consume digital media.

Where the money resides…

Twitter has been a space for clapbacks, online discourse, and creativity since its inception. On the third most popular social media platform in Africa, the continent’s Twitter users wield power so influential that Twitter began to build out its first Africa-based team in Ghana this year.

While Twitter is an impactful platform for creators, it has not always been a lucrative one.  In a world where creators are waking up to the value of their content, monetisation has become more essential than ever, and social media platforms are finally catching on.

The digital content industry is predicted to skyrocket to a value of $38.2 billion by 2030. But developing content in an increasingly competitive market requires funding and return on investment that Africa’s creators are not seeing, which  “the quality of work creators produce,” said David I. Adeleke, Communications Lead and Managing Editor at Nestcoin, in an interview with TechCabal.

So when TikTok, a newer entry into Africa’s social media space, came on the scene, it offered a monetisation plan, out of necessity.  To incentivise creators to pivot from the more popular social media platforms in Africa like Facebook, it rolled out its very own Creator Fund offering payouts to TikTok-ers once that reached 100,000 authentic views on the app.

Still,  in a world where creators like Ryan Kaji, a 9-year-old from the US, made an estimated $29.5 from YouTube and an additional $200 million from branded toys and clothing, Africa’s creatives are making far less money from their work.

YouTubers earn money directly from YouTube for ads inserted on top of their videos. They are paid on a cost-per-thousand-views (CPM) basis, and accrue earnings when a viewer watches at least 30 seconds of a played ad, or half the ad for a shorter advertisement.

Of the 10 countries with the highest CPM per video, Algeria, is the only African country on the list. Algerian YouTubers receive $24.50 CPM. And, after earnings are garnered, YouTube takes a 55% cut, further reducing take-home pay.

According to Mike Otieno, co-founder of Wowzi, a seamless, Africa-focused, AI-driven influencer marketing platform, South Africa is the most mature market for paid creative content in Africa, with the nation’s influencers earning more, on the whole, than other influencers throughout the continent.

The difference between creator revenues and earnings in countries like the US versus countries in Africa comes down to market size and potential, says Otieno.

“Markets with many big brands making a lot of money means more allocation to advertising budgets, which trickles down to creators. Thriving markets also tend to be hyper competitive, so brands want to outdo each other.”

When bigger brands enter growing markets, they do so with a long-term outlook of the markets’ growth, spreading endorsement funding out over a longer period. Brands with smaller budgets, on the other hand,  tend to place conversion as a top priority and aim to get a “maximum return for their buck,” remarked Otiento.

But forecasting a market’s potential growth does not account for the power and value that creators add to the creative ecosystem in the present.

Chipper Cash, an Africa-made cross-border payments company valued at $2 billion,  is working to change this by giving creators the opportunity to receive direct revenue from the audience that loves and understands the true value of their creative content.

Twitter joined the creator monetisation club in May with its very own Tip Jar function. Through the Tip Jar, users are now able to send money to their favourite online voices via PayPal, Venmo, or Cash App in app integrations. But, as none of these payment aps are widely used throughout Africa, the region’s Tweeters were still limited in their ability to sponsor their favourite creators.

In an interview with TechCabal, Wiza Jalaskasi, Vice President of Global Developer Relations at Chipper Cash, shared that the fintech company worked with Twitter to build out the platform’s tech to create a “cheap mechanism for tipping out creators”.

Twitter users will be able to receive payments via a QR code or direct link using their chipper.me link along with their username and an easily accessible button on mobile, using the Twitter Tips feature.

The integration will also support smaller micro transactions, with no charge for withdrawals.

Jalakasi believes that the app’s integration with Twitter will change the “fundamental misalignment of incentives” by getting rid of “unnecessary middlemen [such as brand sponsors] in the creative economy value chain” and  help “expand monetisation pathways for African creators” at large.

So far, the Twitter-Chipper Cash integration is only supported for users in Nigeria, South Africa and Uganda.

It’s clear that fans of Africa’s top creatives are willing and ready to fund their faves. On Wednesday, Nigerian singer-songwriter, Davido, raised more than $338,000 via social media after posting his bank account information and asking fans and friends to send him a little bit of birthday cash.

“Fans  funding creatives” has been a tried and true method in other parts of the world.

Chipper Cash’s Twitter integration is reminiscent of similar models used on China-made live-streaming apps. Fuelled by digital payment platforms like WeChat and Alipay integrated into the social media app itself, users were able to tip their favourite creators without leaving the app. Live stream tip functions were so successful in China that the market reached an estimated $4.4 billion in revenue in 2018 before the onset of the COVID-19 pandemic—which led to an additional surge in live stream viewing.

What user-generated tip culture has provided in China is a robust influencer culture with a robust, local, influencer economy that spans e-commerce, gaming, entertainment, and education.

China’s influencers wield so much power that, in a recent double-11 sale for Chinese e-commerce giant, Taobao, a top influencer generated $1.67 billion in sales over a 12-hour period.

TikTok, born from the Chinese short video app, Douyin, has attempted to replicate this metric abroad and is now also offering gifts in the form of tips in select regions.

YouTube also began offering a similar system with its Super Chat function in 2021, from which it keeps around 30% of overall earnings  gained. Payment also requires linking your credit card to Google Pay.

But before Chipper Cash further expands throughout Africa, ideas about Twitter in certain countries will need a revamp.

Kenya is one of the fastest growing economies in sub-saharan Africa and a hotspot for tech innovation. In the country, Twitter is used as a vibrant space for social discourse. The unstoppable force that is Kenyans on Twitter (or KOT) has resulted in the relocation of a New York Times East Africa Bureau Chief and a rally to stop IMF loans to the country.

“Twitter guys are seen as noisemakers in Kenya, so it’s not somewhere people go to show love.”

“If you speak to TikTok and Instagram influencers, they’ll say, ‘I don’t have a Twitter account. I just don’t understand that space.’ But Spaces gave Twitter more life. I think that influencers have started to become more receptive, and we will start to see more of a transition.” 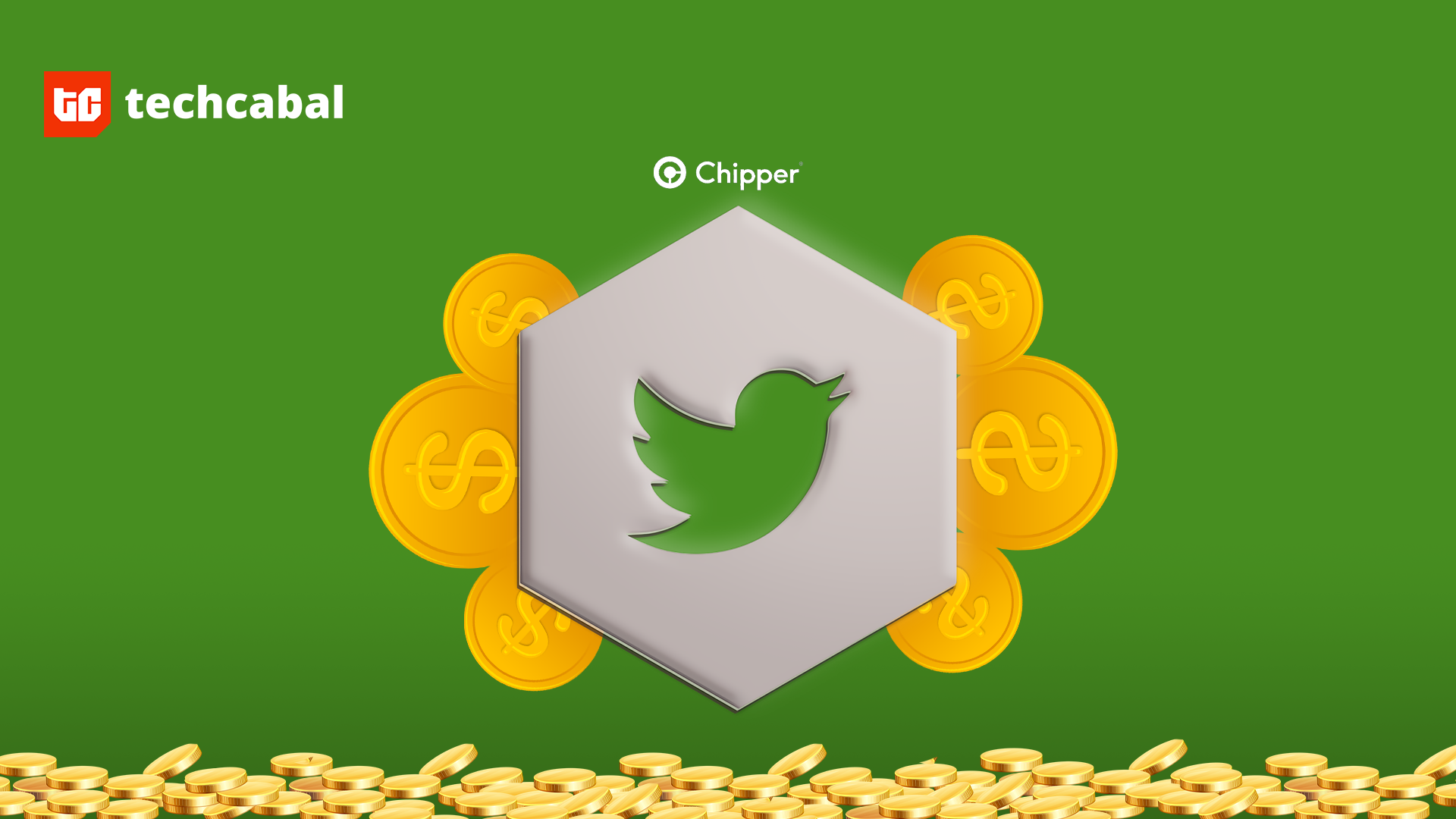