by georgianna mongold
in Africa News
Reading Time: 4 mins read
A A
464
SHARES
1.8k
VIEWS
Share on FacebookShare on Twitter

Big on sentiment, statements and all the right noises, but this week’s parliamentary sessions on the crisis of school dropouts and teen pregnancy did not analyse why existing interventions are falling short or outline how speeches, alarm and concern will turn into effective strategy.

Two separate sessions were held on Tuesday and Wednesday. The ministerial briefing for “a comprehensive national dropout management and prevention plan” in the National Council of Provinces (NCOP) plenary on Wednesday saw only the Northern Cape Department of Education make a presentation, with Mpumalanga facing a technical glitch before presenting and apologies and no-shows from the rest of the provinces.

Accurate data and better tools for data collection and analysis were obviously lacking. Members and officials in both sessions admitted that data for dropout rates and teenage pregnancies do not track variables to present a clearer reflection of both of these societal burdens.

With dropouts, the data does not factor in double-counting Grade 1 enrolments, equivalent qualifications achieved, and pupils who write supplementary exams.

With teenage pregnancy, the data does not factor in variables such as termination of pregnancy, home births, miscarriages and babies whose births are not registered.

In opening the session on dropouts, NCOP Chairperson Amos Masondo added that the “chilling reality” of high dropout numbers is directly linked to high youth unemployment.

“We know that the majority of young people who are unemployed are those without a matric certificate,” he said.

Deputy Minister of Basic Education Dr Makgabo Reginah Mhaule, in her address at the Wednesday sitting, said that the number of children not returning to school as a result of Covid-19 lockdown restrictions was not as high as the recently published number of 500,000 from the Nids-Cram survey released in May this year. She said it was more accurately around 200,000.

She said that South Africa was on a par with middle-income countries such as Tunisia, Egypt and Uruguay in terms of the percentage of enrolled pupils finishing secondary school. However, she conceded that only about half of all pupils enrolled in the South African school system complete their matric.

She focused on the loss of curriculum time from Covid-19 disruptions and said the emphasis over the past months had been on pushing for the vaccinations of teachers and school staff, ensuring Covid-19 safety compliance in schools, restarting the schools nutrition programme, and using media campaigns to promote a safe return to schools programme and to allay parents’ fears.

Responding to members’ questions in the Wednesday session, Dr Granville Whittle, the acting director-general in the Department of Basic Education, said cycling through lockdowns and the rotational learning that is still in place in schools poses significant long-term impacts for pupils.

“When we have weak learning foundations at the end of the Foundation Phase (Grade 3), then we can expect that we will have that cohort of students coming through the system and struggling by the time that they get to Grade 9 or Grade 10,” Whittle said.

With a fourth wave likely by the beginning of next year the department was “working hard to have a plan in place to mitigate the impact of Covid-19 on learning loss”, said Whittle, without giving specifics.

He said that while the dropout rate in the compulsory schooling phase remained low at around 1%, “from Grade 9, as children are beginning to move into the FET phase, then dropout increases quite substantially”, making intervention and identifying and supporting children at risk critical at this point.

He acknowledged the wide-ranging set of socioeconomic factors raised by members as part of the drivers of high dropout numbers. These include substance abuse by children and the disadvantages for low income and child-headed households where home-schooling is not possible and money for data, airtime, computers or even support is not a reality.

In addition, many girls miss school when they are menstruating because they can’t afford sanitary pads. Missed school days leave them at risk of falling behind and ultimately dropping out.

Girl children remain most vulnerable. Whittles aid 120,000 schoolgirls in South Africa fall pregnant each year, with only a third returning to school.

The crisis of teen pregnancy, which includes children as young as 10 up to teens of 19, was the topic of Thursday’s NCOP session. The total number of births by children aged between 10 and 19 was said to be just over 136,000 a year.

Minister of Health Joe Phaahla kicked off the Thursday session by raising concerns that teen mothers have risky pregnancies because they are often too underdeveloped to bear children. Their babies are often born prematurely and suffer numerous health complications.

In her presentation, Limpopo MEC for Health Dr Phophi Ramathuba said some accepted traditions still see rapists being protected in families and communities, with uncles and relatives who have sex with 15-year-olds paying off their relatives “for damages” instead of being prosecuted for rape.

She said girls are beholden to “blessers” and sugar daddies as they try to survive by transactional sex.

Ramathuba said teen pregnancy poses a generational burden too. “There is a thinking that if my mother had me as a teenager, then I can have my child as a teenager — we have to break this cycle so that young women are having babies when they are ready.”

She acknowledged that nurses and clinic staff needed to be better trained to help educate and support teenagers trying to access contraceptives — not to judge them. The MEC also noted that many teenagers were not able to access injectable contraceptives, especially over the lockdown period, and weren’t educated about other contraceptive options.

The Democratic Alliance’s Delmaine Christians said the stigma around speaking about sex, contraceptives and gender-based violence within communities would lead to a “lost generation of girls and vulnerable boys”.

She said “teenage pregnancy is an indicator of social and economic disadvantages such as poor education and poor living standards that our youth are battling”.

She raised the issue of backlogs in processing DNA by the police, leaving rape cases of girls unsolved.

“The knock-on effects of teenage pregnancy are limitless… our youth are struggling,” she added. DM 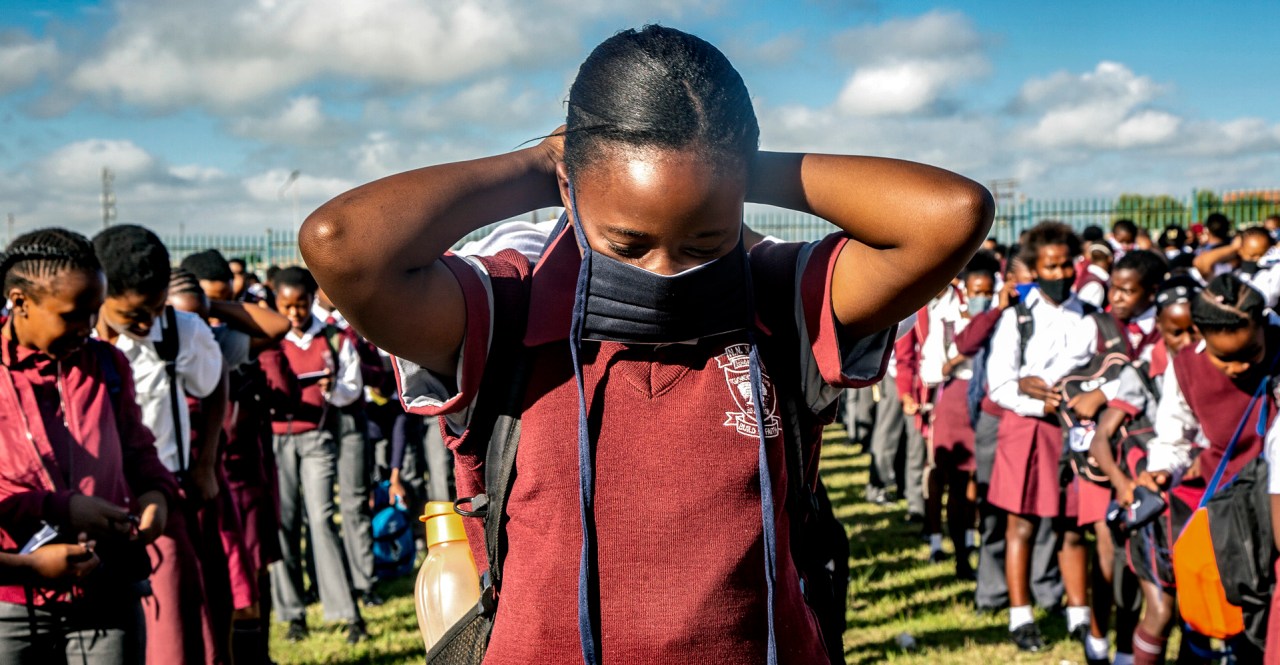