by nikk ogasa
in Africa News
Reading Time: 4 mins read
A A
464
SHARES
1.8k
VIEWS
Share on FacebookShare on Twitter

Pod of common dolphins working together to round up sardines and push them toward the surface so that the dolphins can feed on them. The image was taken during the sardine run off the east coast of South Africa’s province of Kwazulu-Natal. Credit: wildestanimal/Getty Images
As winter arrives in South Africa, anticipation begins to build for one of the planet’s largest and most spectacular migrations: the KwaZulu-Natal sardine run. In the waters off the southern tip of Africa, hundreds of millions of the slender, silvery fish coalesce into massive shoals and begin to travel hundreds of kilometers northeast along the rainbow nation’s eastern coast. The mass migration attracts a deep roster of predators that includes sharks, dive-bombing cormorants, Bryde’s whales and dolphin megapods. The ensuing feeding frenzy itself attracts divers and tourists from around the world. But why the feeble fish take up this gauntlet is not well understood—especially because only around 10 percent of South African sardines participate in the run, and some years the fish fail to run at all.

One popular explanation holds that the sardines participating in the run belong to a distinct eastern subpopulation that evolved in the Indian Ocean, so the fish are migrating to ancestral spawning territories there by instinct. But a genomic analysis of hundreds of South African sardines reveals that those in the run hail from the Atlantic Ocean, suggesting that the spectacular migration may serve no benefit to the fish and instead traps them in hostile waters, researchers wrote this fall in Science Advances.

“We’re used to adaptations benefitting an organism, but it doesn’t always work that way,” says Jessica Glass, a marine biologist at the University of Alaska Fairbanks who was not involved in the study. “These animals are doing something that doesn’t actually benefit them in the long term.”

The researchers examined the DNA sequences of 284 sardines captured along the South African coast. These included fish residing in the Atlantic Ocean and Indian Ocean as well as fish from the 2015, 2018 and 2019 sardine runs that the researchers anticipated were members of a third, east coast population. Thousands of markers were examined for genetic commonalities in an effort to identify broad subpopulations.

And to the researchers’ surprise, there was no genetic evidence of a third subpopulation inhabiting and migrating along South Africa’s eastern coast. Instead, fish collected from the runs shared genetic features with Atlantic sardines, suggesting that they came from hundreds of kilometers away in the Atlantic Ocean. “Finding out that these sardines are from a completely different place, that was very unexpected,” says Peter Teske, lead author of the study and a marine biologist at the University of Johannesburg.

Though the sardines tend to prefer different regions of the sea, it’s common for the fish to sortie, Teske explains. Sardines from the Atlantic Ocean sometimes stray too far into warm southern waters, where they may encounter brief pulses of cold, nutrient-rich water upwelling along the coast that reminds them of their home range in the Atlantic, he says. The cold-adapted fish unwittingly follow these waters northeast only to become stranded in warmer Indian Ocean waters when the upwelling ceases. Already suffering biologically from the warm conditions, the sardines are assaulted from the air and sea by countless predators.

This phenomenon is an example of an ecological trap, Teske says. He gives the example of “hawks that move into urban areas because there are a lot of pigeons. It’s beneficial for a while because there’s a lot of food, but they’re picking up so many diseases that their offspring don’t survive.” In the case of the sardines, he adds, “we have a natural one on a colossal scale—perhaps the largest that’s ever been recorded—that may have been going on for thousands of years.”

The findings also answer other questions about the sardines, an important commercial fish species in South Africa. In recent decades, the sardine fishery off the country’s Atlantic coast has collapsed. Some fisheries managers had assumed that sardines from the Indian Ocean might help Atlantic coast sardine numbers recover, but the new findings suggest that’s unlikely because the two sardine populations have adapted to different water temperatures. “This explains why the [Atlantic] stock has collapsed and why there was no replenishment from the south coast,” Teske says. “We need to protect the west coast sardines to avoid more problems,” he adds. “Essentially, just reduce fishing in that area. It’s as simple as that.”

With ocean temperatures rising steadily consequent to climate warming, the fate of the KwaZulu-Natal sardine run is uncertain. Even if cold upwellings continue to occur, warming waters along the eastern coast could force the sardine run to fizzle out over time, before the fish can reach the sharks and dolphins and other predators that typically show up to feast. Climate change portends countless negative outcomes for Earth’s ecosystems, but warmer ocean waters could help save the roving Atlantic sardines by stifling the fatal migration, Glass says. She adds: “It’s kind of comforting.”

ABOUT THE AUTHOR(S)Nikk Ogasa is a California-based science journalist with a fondness for the environment, Earth and space. He is an editorial intern at Scientific American. Follow Nikk Ogasa on Twitter 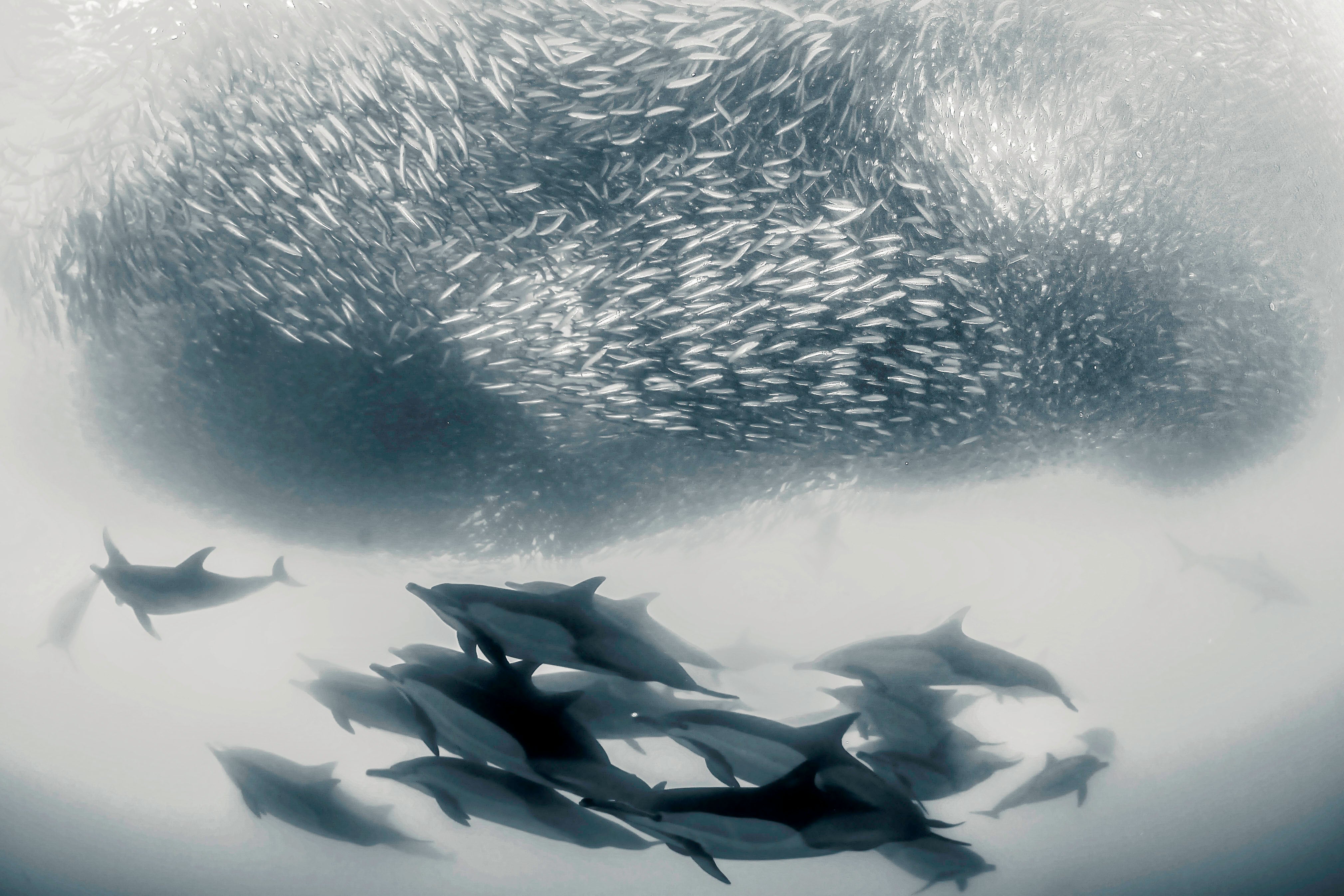