WHO makes BIG statement about Europe amid increasing COVID-19 deaths

With Europe witnessing a surge in COVID-19 cases in countries like Germany, Norway, Austria with the Netherlands announcing a three-week partial lockdown, the World Health Organisation (WHO) has said that the deaths in Europe due to coronavirus have increased by 5 per cent in the last week.

In the weekly report released by the WHO on the coronavirus pandemic, it said that deaths due to the COVID-19 have remained stable or have declined in all other regions except Europe. According to the report, of the 3.3 million new infections reported, 2.1 million came from Europe. The highest number of cases were recorded in Russia, Germany and Britain. While deaths in Norway jumped by 67 per cent and in Slovakia by 38 per cent.

Meanwhile, about 60 per cent of people have been immunized against COVID-19, but only half are vaccinated in the eastern part of the continent where vaccine hesitancy still prevails.

While Europe sees an increase, countries like Africa, the Middle East and Southeast Asia have seen a decline in coronavirus cases since July.

As per the current situation, according to health agencies, Europe can witness more than 500,000 deaths by January if necessary actions are not taken. 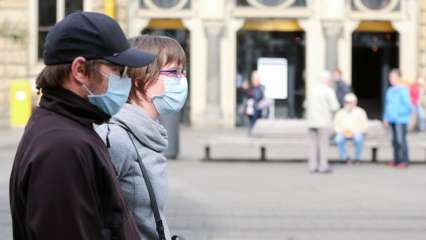