by lyndia center
in Africa News
Reading Time: 2 mins read
A A
464
SHARES
1.8k
VIEWS
Share on FacebookShare on Twitter

Erasmus has been a regular touchline presence at the Springboks recent matchesSouth Africa’s director of rugby Rassie Erasmus has been banned from all rugby for two months and from involvement with the Boks on matchdays for a year.

World Rugby found the video contained “multiple abusive and insulting comments and attacks on the officials”.

And it described his offences as “especially serious and egregious”.

Erasmus, who has said he intends to appeal against the punishment,external-link is banned with immediate effect, meaning he will not be part of the Springbok backroom staff for his team’s Test against England at Twickenham on Saturday.

Erasmus stepped down from his role as head coach in the wake of the Springboks’ Rugby World Cup triumph in 2019 to become South Africa’s director of rugby.

However, he has been conspicuous at many of the Springboks’ games, most recently Saturday’s win over Scotland, working as a water carrier for the team.

In addition to his bans, Erasmus and the South African Rugby Union are both required to issue full public apologies to the officials, who were led by Australian Nic Berry, within a fortnight.

World Rugby’s independent committee found that “Erasmus appears not to appreciate the corrosive effect his behaviour has on the game more widely, as well as the viewing public and press”.

Erasmus’ video highlighted 38 incidents that he felt his side had been on the wrong side of, and also claimed that Springbok captain Siya Kolisi had not been treated with the same respect afforded his Lions counterpart Alun Wyn Jones.

World Rugby revealed that the video appeared online after Erasmus telephoned Berry demanding a meeting to discuss his performance.

World Rugby’s verdict stated the video was “not an objective analysis of the refereeing seeking explanations, discussion, correction”.

“Rather it lacked perspective, impartial analysis or balance. In places it is sarcastic.”

In giving evidence on the case Berry accused Erasmus of “character assassination”.

Referee Nic Berry accused Erasmus of doing his reputation “immeasurable” damage through his video”I have spent many years trying to build my reputation as an international referee and in the course of his video which was posted online, Mr Erasmus has caused it immeasurable damage,” he said.

“I feel that regardless of the outcome and any sanctions imposed, my reputation as a referee and person will forever be tarnished.

“The whole situation has been an extremely difficult time for my family and I.” 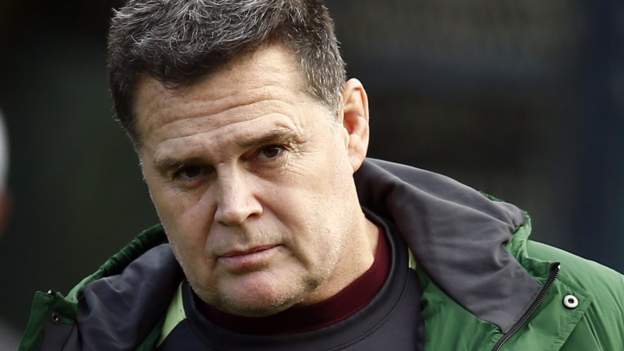