by margarett mongold
in Africa News
Reading Time: 2 mins read
A A
464
SHARES
1.8k
VIEWS
Share on FacebookShare on Twitter

Ghana beat Bafana Bafana 1-0 on Sunday in the crucial qualifier – a result which saw the Black Stars advance to Africa’s play-offs for the tournament at the expense of the South Africans on goals scored.

Safa lodged a complaint with Fifa about the match and the world governing body, in a letter dated 17 November, said the protest will be submitted to a member of its disciplinary committee on 23 November for consideration.

South Africa’s protest included allegations of “match fixing, match manipulation including corruption and bribery”, which Jordaan claimed may be linked to gambling at a press conference on Wednesday.

“How is it that there’s a betting spike just before a major decision is taken and therefore people bet? They knew when to bet,” he said.

The Ghana Football Association, which has dismissed any match-fixing allegation, has been asked for its observations on the matter.

The Fifa disciplinary code allows protests based on “an obvious error” by a referee.

A comprehensive report on the match had been compiled by former South African referee Ace Ncobo and will be used as part of Safa’s protest with Fifa.

Ncobo said he picked up 71 major incidents from the match where he believes that the referee either turned a blind eye in favour of Ghana or made incorrect calls against the South African team.

So far there has been no comment from anyone on the officiating team for the match, who all come from Senegal and were headed up by referee Maguette Ndiaye.

It is understood that, according to Fifa rules, Ndiaye is not permitted to comment on officiating decisions. 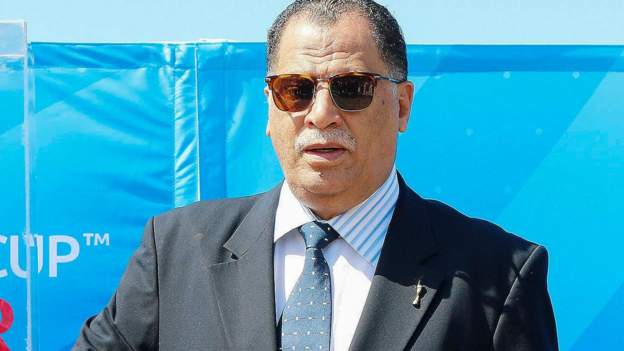