by olugbenga ige
in Africa News
Reading Time: 2 mins read
A A
464
SHARES
1.8k
VIEWS
Share on FacebookShare on Twitter

Nwachukwu submitted that part of the 50 ISWAP insurgents killed during a fierce counter-offensive in the area, includes some of their top commanders and foot soldiers.

He also stated that several of the terrorists’ Mine-Resistant Ambush Protected (MRAP) vehicles and gun trucks were destroyed in the process.

“It would be recalled, that 115 Task Force Battalion had an encounter with ISWAP terrorists in Askira Uba on 13 November 2021, during which the troops aggressively defended their location and followed up with a ferocious counter-attack. Unfortunately, the Commander 28 Task Force Brigade alongside three of his soldiers paid the supreme price, as they reinforced troops to defend the location.

“While the battle raged, the gallant troops of 25 Task Force Brigade, supported by Air Component of OPHK engaged the terrorists in hot pursuit. Troops made contact with the fleeing terrorists at Leho village within Askira Uba LGA and in the encounter that ensued, troops eliminated scores of terrorists and destroyed their combat equipment.

“Relatedly, troops of 115 Task Force Battalion conducted a dawn exploitation towards Leho village and environs, where they discovered 3 corpses of the fleeing terrorists and also recovered 2,560 rounds of 7.62mm Special and 29 rounds of 7.62mm NATO ammunition abandoned by the terrorists.

“In a separate operation, troops have also recovered one AK 47 rifle and uncovered an Improvised Explosive Device (IED) during a patrol in Karawa village and Baga Fish Dam area respectively. The IED has been safely detonated by a team of the Explosive Ordnance Disposal Unit”.

Recall that the Nigerian Army had an encounter with ISWAP terrorists in Askira Uba town on Saturday, which led to the death of the Commander 28 Task Force Brigade, Brigadier General Dzarma Kennedy Zirkushu, alongside three of his soldiers.

The four soldiers were killed by ISWAP members during a reinforcement by troops to defend the military base in the Borno community.

Ige Olugbenga is a fine-grained journalist. He loves the smell of a good lead and has a penchant for finding out something nobody else knows. 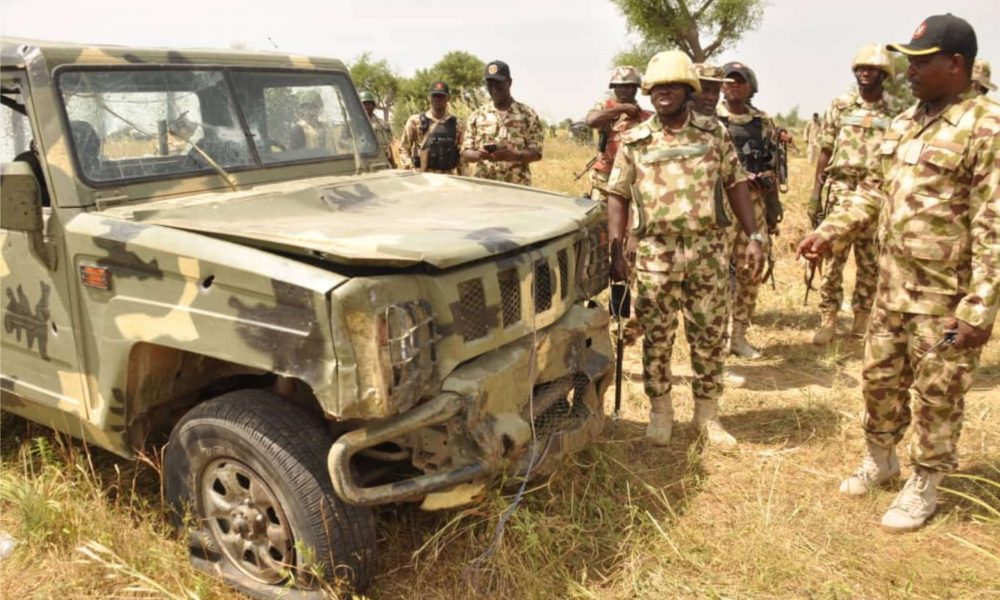