by elroy buresh
in Robotics
Reading Time: 3 mins read
A A
464
SHARES
1.8k
VIEWS
Share on FacebookShare on Twitter

Belgium goalkeeper Thibaut Courtois has accused football authorities of prioritising revenue over player welfare in a damning assessment of the global football calendar.

Courtois, 29, was speaking after his country lost 2-1 against European champions Italy in UEFA’s Nations League third-place play-off on Sunday – a match he described as “pointless” in the build-up.

Both countries made a number of changes to their starting line-ups from their respective semi-final defeats in midweek, with Belgium unable to call upon captain Eden Hazard and striker Romelu Lukaku due to muscle fatigue.

“This game is just a money game and we have to be honest about it,” said Courtois.

“We just play it because for UEFA it’s extra money.

Higlights of the UEFA Nations League third place play-off between Italy and Belgium.

“This just shows that we play too many games.”

When the Nations League was formulated, the national associations wanted there to be two matches in the finals week of the competition.

Should they not have qualified for the final two matches, it is likely the teams would have played in World Cup Qualifiers this weekend.

Image:
Real Madrid and Belgium goalkeeper Thibaut Courtois has made 14 appearances for club and country across all competitions so far this season

Courtois, who plays his club football for Real Madrid – one of the clubs behind the failed Super League concept, also criticised proposals by FIFA to stage the World Cup finals every two years.

The plans to overhaul the international calendar have been devised by FIFA’s head of global development Arsene Wenger, with the aim of having major tournaments every summer and fewer qualifying games during the year.

UEFA has already expressed its opposition to the biennial finals along with fans’ groups, although FIFA has stressed the proposal is part of an ongoing consultation process with all stakeholders from member associations through to fans’ groups.

“It’s a bad thing that players are not spoken about. And now you hear about a European Championship and a World Cup every year, when will we get a rest? Never.”

Courtois said injuries would only become more prevalent among players if the match schedule continued to grow.

“We are not robots! It’s just more and more games and less rest for us and nobody cares about us”

“We are not robots! It’s just more and more games and less rest for us and nobody cares about us.

“Next year we have a World Cup in November, we have to play until the latter stages of June again. We will get injured! Nobody cares about the players anymore.

“Three weeks of holiday is not enough for players to be able to continue for 12 months at the highest level. If we never say anything it [will be] always the same.” 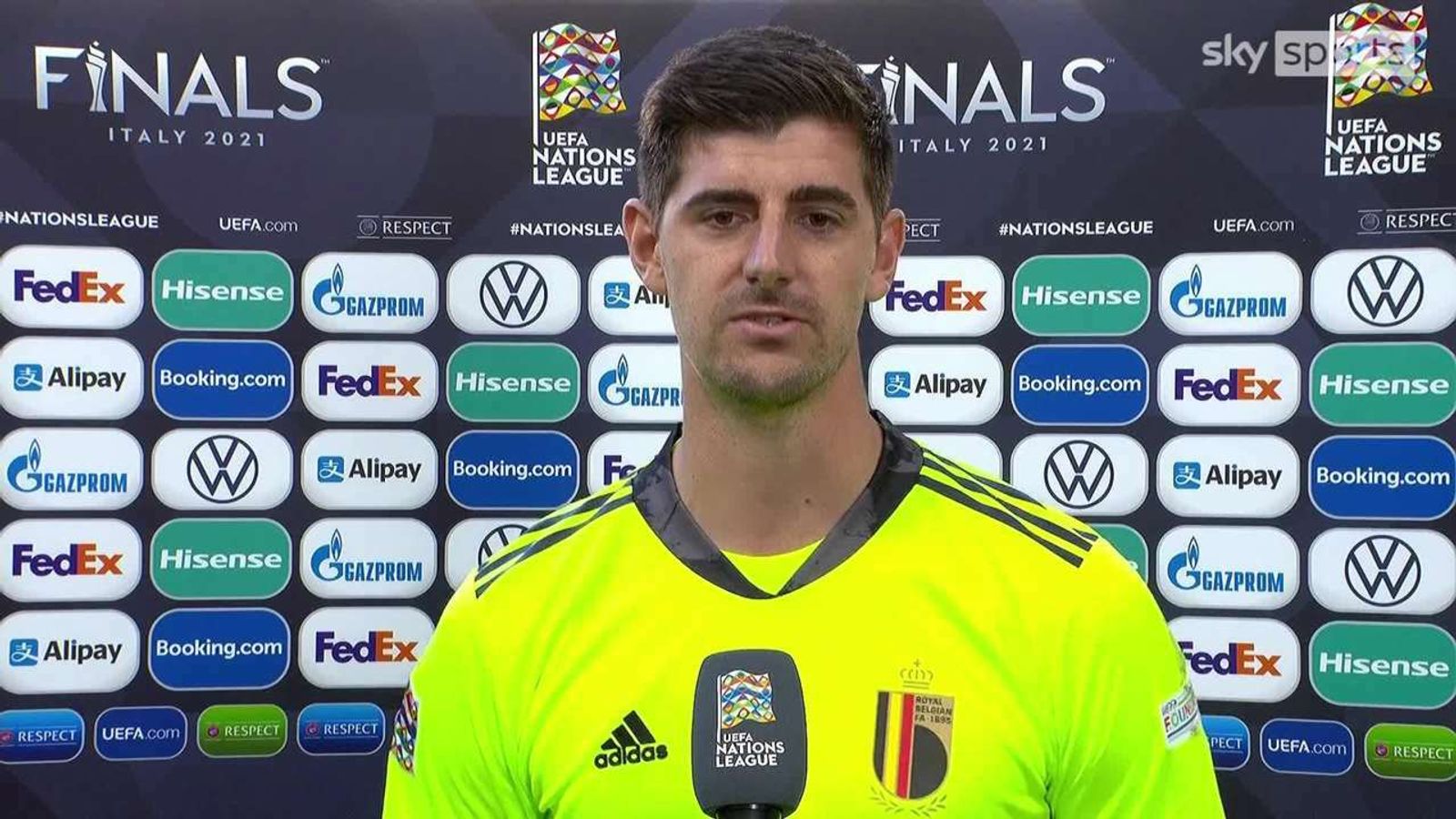 ‘Uefa care about money not players’